Hummmmmm, let’s see. No-one humming here, just the radio in the background. If it was summer, the air would be full of hums. A bumble bee? 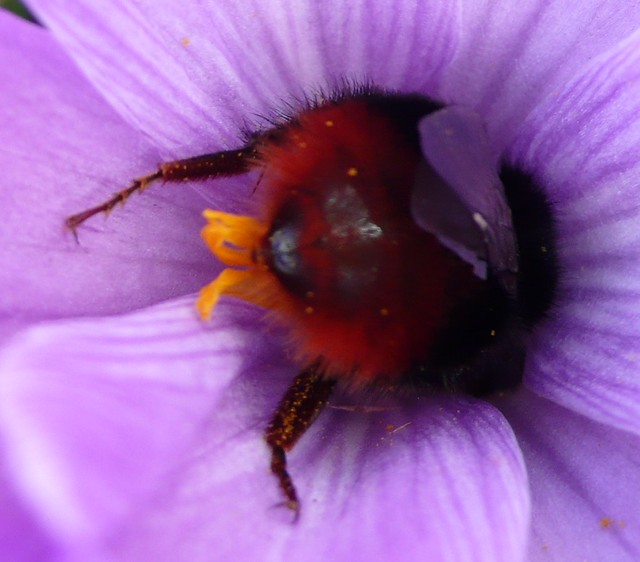 No, I don’t think so, he is just humming away to himself in a flower. 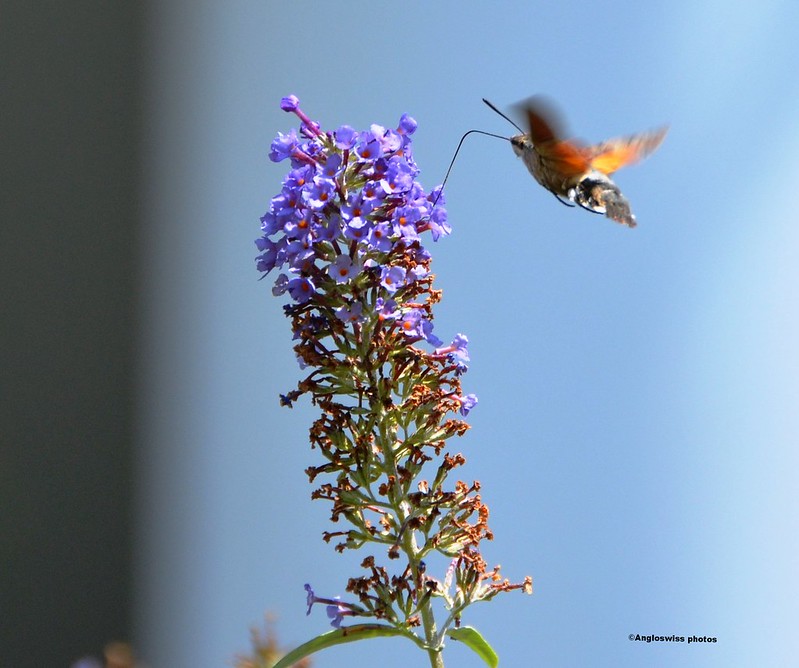 But this guy hovers all the time in Summer, humming to himself. My cat loves them for a practice jump, but up to now has never caught one. The first time I saw them was in my garden in Switzerland. You never saw such beauties in the smoke and dirt of London, where I grew up, unless you lived in the so-called “greenbelt” surrounding the town or near a park. But here they are everywhere in Summer

It is a so-called Humming Bird Hawk Moth. They seem to spend most of their life hovering with their nose out (proboscis technically said) getting high on whatever they sniff out. Yes they are the real sniffer addicts. I never hear them cough afterwards and they don’t get high, at least not mentally, just physically. It seems they have it to perfection. I caught this one in the act, before my cat scared it away. 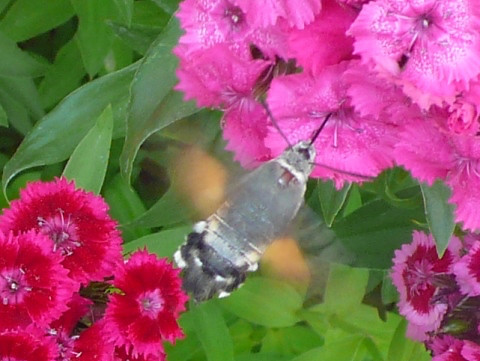 Their wings are turning like two propellers to keep them in the air. We have to build machines, but they are born like that. And so let us leave him humming away. They seem to disappear in the Winter, but in Summer they will be back when the pollen again arrives.