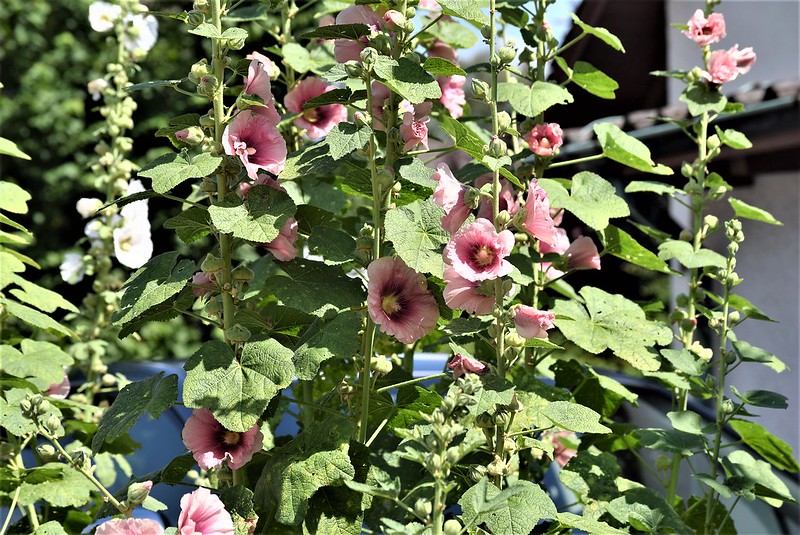 Hollyhocks from my garden 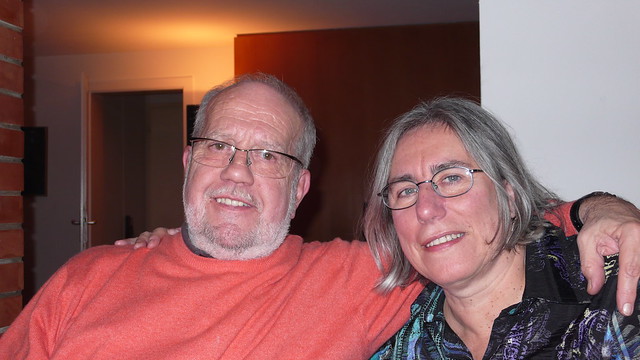 In the year two thousand and six we were an ageing pair
We were still young and lovely, and did not have a care
But years go bye, we do not remain fit, the future we cannot tell
Today we have our aches and throbs, and often do not feel well
But life goes on, we do our best, fighting our daily pains
Walking is now a problem for both and we are now supported with canes
Perhaps we do not laugh so much, but still can manage a smile
Leaving our beds in the morning also now takes a while
But together we can do it, and do our best not to have any fears
On 4th February we celebrate our anniversary of 50 years. 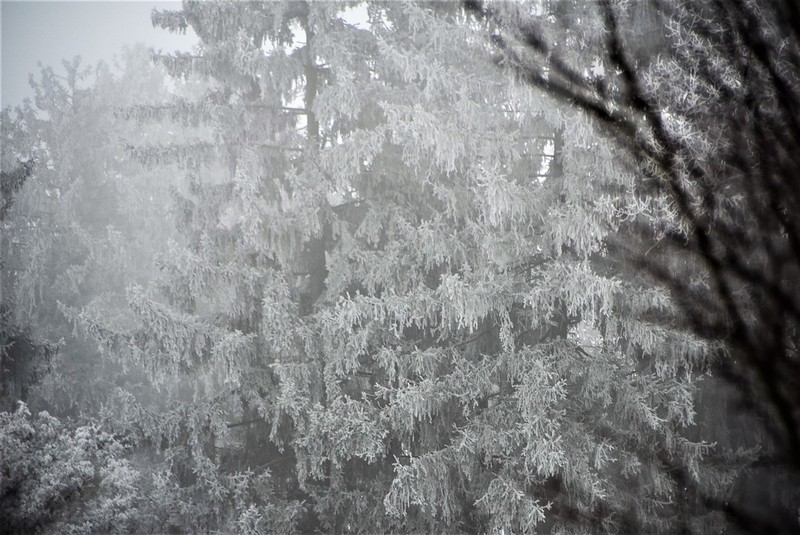 Frosted are the general Winter surroundings in Switzerland, except for the Italian part, where it is more the exception that the rule. They get their fair share of snow in Lugano and Locarno, but no real frost.

Where we live it becomes a magical Winter Wonderland and the trees resemble cake decorations with their white icing. 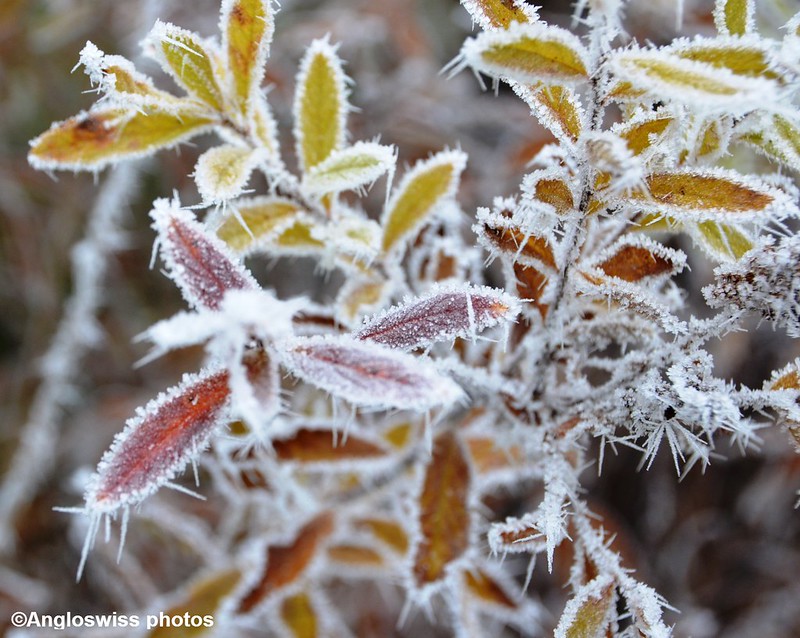 If there are still some plants in the garden, they also get the frosty look with spiky ornaments. 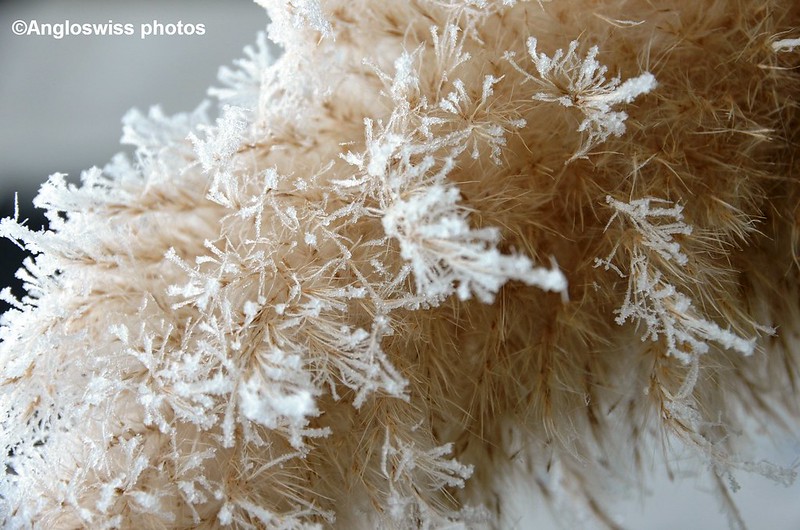 And the road to the supermarket is lined with trees dressed in their white coats. 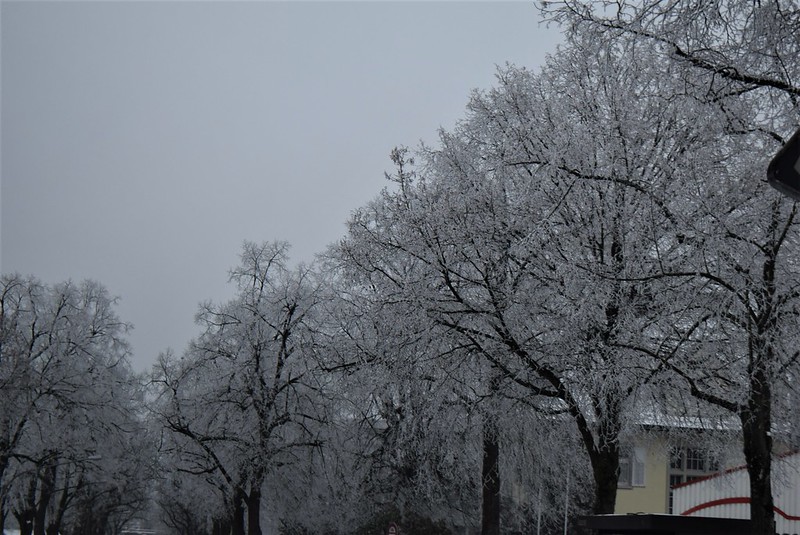 I had to come to Switzerland to be a witness of the frosty days. Being a Brit it was too warm, and if we got snow it soon turned to a grey sludge from the air pollution. I do not like snow because of the road problems and walking, but I must admit, a frosty day has its charm.

Although this year, up to now, we have had no frost and the photos are from a couple of years ago. Climate change perhaps – who knows? 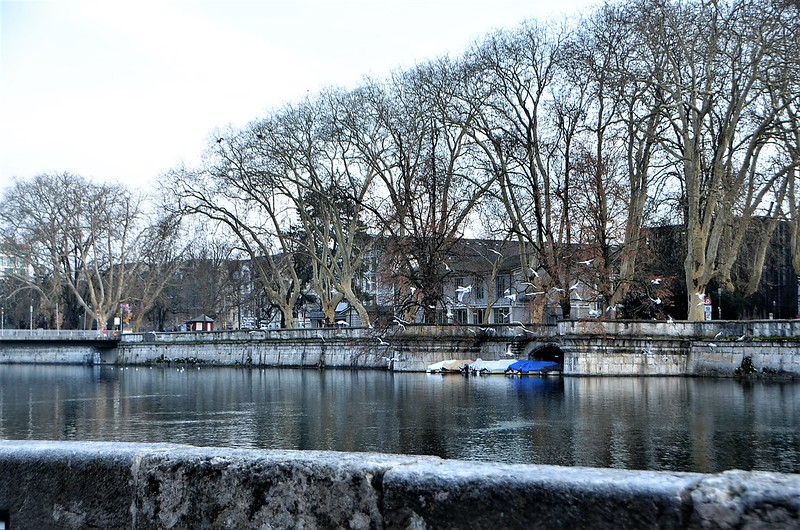 As the sky is not doing anything worth a photo, I decided to begin the day with a view over the river and a few gulls flying around.

Actually I was delayed this morning as I noticed there was an update on my Apple computer and decided to get it dealt with. It took a little longer than I expected and I also did it on my iPhone. I also now discovered how to organise my WorPress sites on the mac and iPad thanks to an online friend who was having the same problem. We had difficulty commenting and liking entries on WordPress, and now it is working perfectly. She got the solution from another online friend and so it goes in the cyber world. None of us have ever met, but when it comes to help in times of need, we are all there for each other.

Afterwards my problem was translating the instructions into the German equivalent as my Mac is programmed in German. I think I will alter the language into english as it will make it easier when getting advice from others, which are almost all english speaking. Well that was easy, just a click in the right place. And now to continue, although there is not very much to say. 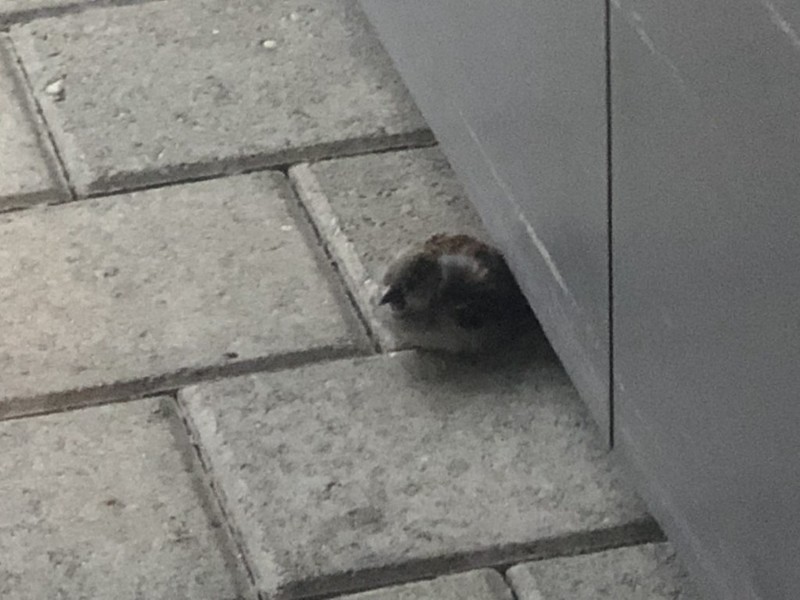 This little sparrow has been intriguing me lately. It is a sparrow and the only one that sits nearer to my window half under the door to the garden cupboard. I noticed him or her yesterday. It was quite puffed up, perhaps due to the cold, and I was hoping it was not injured or ill. Afterwards it flew away with no problem, so I was reassured. And now it is back again this morning. Mr. Swiss said it sometimes disappears into the cupboard, so perhaps she has a nest somewhere, which brought me to the thought that I have never seen baby sparrows.

Yesterday was shopping week-end day so off to the supermarket to load up the goods. It seemed to  be a quiet day and I did not have to fight my way through the masses to get the food. As I was loading it all into the car I met a colleague who had also parked her car in the same place, due to the fact that she is also handicapped and suffers also from MS. She is only a couple of years younger than I am, but we were discussing how different our symptoms can be. It is a mysterious illness, and I think no two people have the same problems.

So now to the work. I should really get under the shower and do something constructive. I was thinking about going for a wheelie this afternoon, but it just began to snow, only a few minutes, although big flakes. I am now hoping it will stay away for the day. It is still very cold outside and my cat’s water bowl (the she shares with about 50 sparrows) was frozen. That is my first work of the day to refill it.

So let us enjoy the week-end and take it easy.  Mr. Trump seems to have given his government workers all a prolonged holiday at the moment, although they are not getting paid for it. Sometimes I really do not understand the workings of certain governments.

So let us have a breath of Spring. 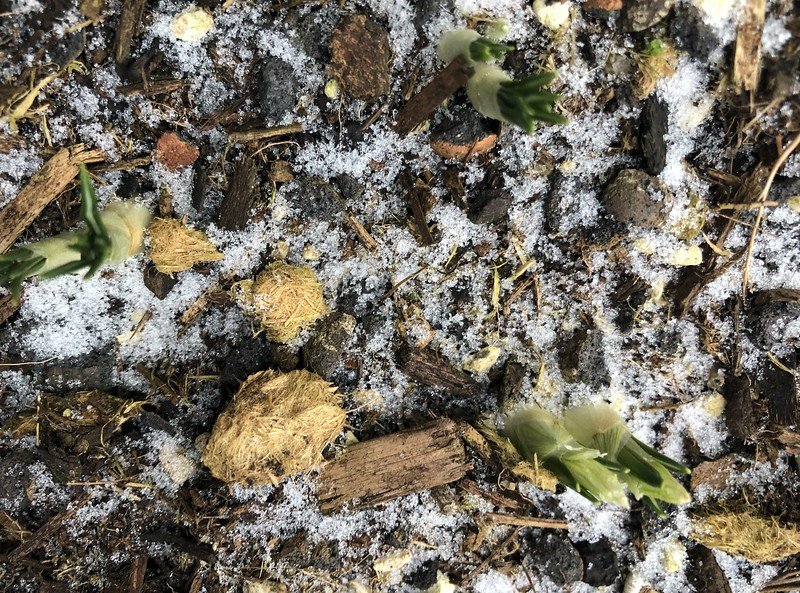 Can you see them? The first tiny shoots of my crocus decided to have a look and see if it is time to grow. They are in between the traces of light snow, but they are green. In a month that will be ready to flower I hope. Have a good one.