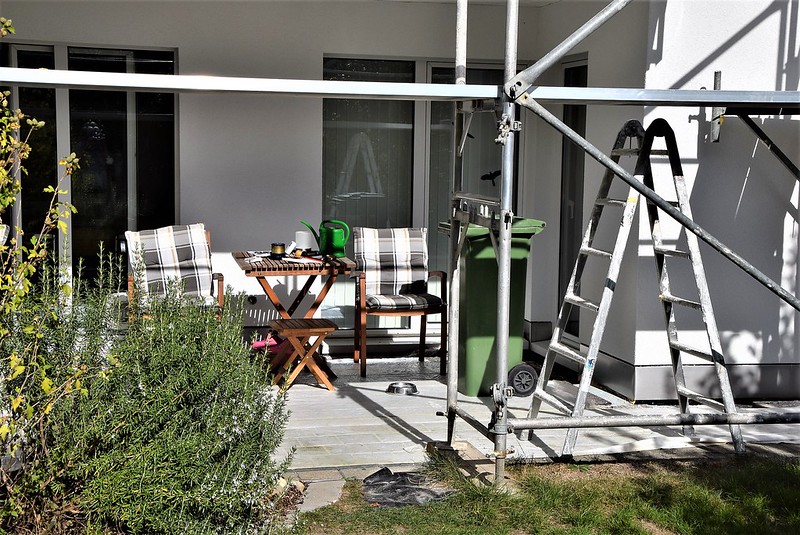 There are determinations that can pull your little world apart. There we were living in our little apartment, on the ground floor and by a majority decision it was decided to have everything brought up to the new “norms”. I thought this word “norm” was something German, but it seems to exist in all languages, meaning the modern state of the object.

Our block was “only” 20 years old, but there were certain decisions made with a determination to coat it with gold. I remember the morning when two men, looking quite official with paper and pen in their hands, and of course a board to support it all, were walking around in our garden and pointing here and there and making notes. I knew something would be done and when I inquired they astonishingly asked if I did not attend the meeting the evening before. Attend what, no I did not, had no intention, I wanted my own little quiet haven, but no. It had been decided that the big renovation would take place and so it came to be.

Our king sized table was now in the cellar replaced by a miniature version and the summer was now spent behind iron support construtions, ladders and strange people, under the name of workmen, that determined our daily routine with the aid of drills, screwdrivers and paint brushes, all in the name of improvement. This was 2017, the year of the lost summer. Note that we kept one detail on our demolished porch, the cat’s bowl for its water remiained. The days of enjoying lunch, even breakfast, outside were now a thing of the past. And so life continued in a new sense of the word.

All things pass and so did this. Where are now Mario, Giovanni, Paolo, Ivan and Ali, our friendly workmen who accompanied us through our life for eight months. They were the new neighbours who arrived with their tools of the trade, scraping and boring all day, especially after lunch when I usually settled for a quiet sleep.

We thought it would never end, but we survived and our porch was eventually back to its normal state of affairs. 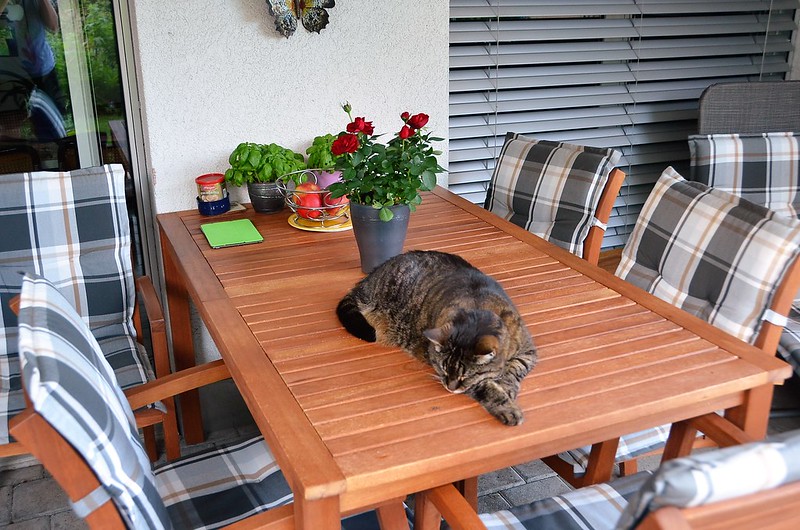 6 thoughts on “FOWC with Fandango: Determined”