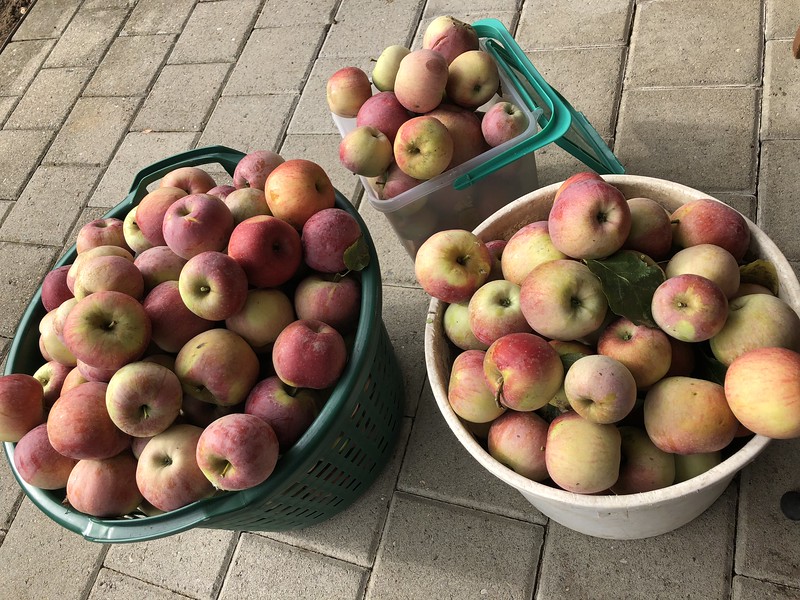 Apples, apples everywhere, the tree was bending down
I had picked three baskets full, the harvest was going to town
And so I stored them one by one and kept them in the cellar
And we began baking apple pies, they became a permanent dweller
Copious was an understatement, I think they reproduced
The baskets seemed to remained so full, it was a permanent boost
And so we had stewed apples, apple sauce and apple purée
It seemed that the apples were moving in and were here to stay
And then some were turning brown and getting very soft
Now was the time to throw away, their scent began to waft
I only have one remaining bowl, but still enough to last
So every Sunday I bake a pie, it really is a blast
From September until today we are eating apples galore
You can have too much of a good thing, of that I am very sure
I hope that they will soon be gone, some are getting odious
The trouble with an apple tree is that apples get quite copious

2 thoughts on “FOWC with Fandango: Copious”