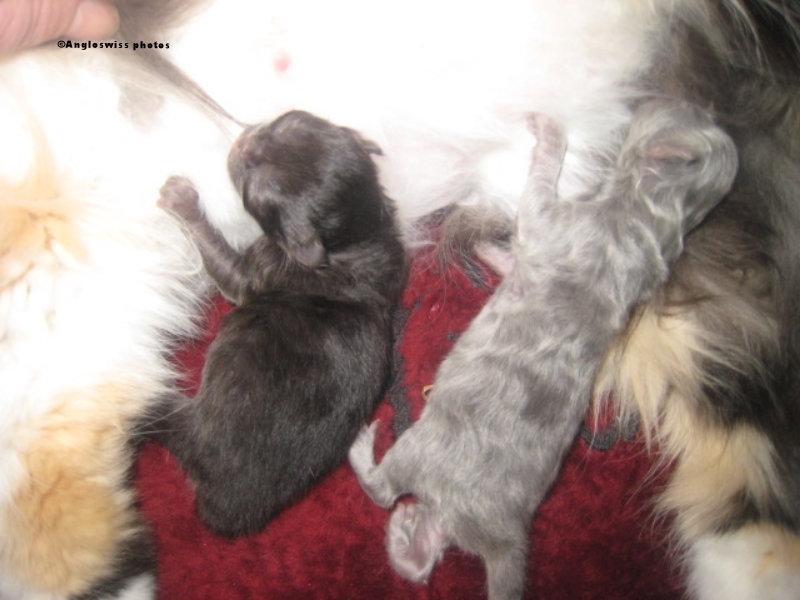 Where do the pets come from? Anywhere and everywhere I suppose. Perhaps a lonely little kitten might be found, or a cat wander into you home for no apparent reason and you are adopted as pet owner. Or like my niece that was travelling through Europe and saw a little huskie in a pet shop window in Greece delivered to the burning sun through the window. She passed by a few days and then decided to put an end to its misery and promptly bought the dog. It was called okra, named after a green bean sort, also known as lady’s fingers. Okra passed away a couple of years ago after reaching a very good age, still being with my niece, who had a family with two boys in the meanwhile.

My mum was anti pet, and never allowed me to have the dog I always wanted. Pets cost money and we had not very much Eventually we had a cat, but this was more for reasons of a mouse plague we had in the old houses of the East End of London. Plague was too much said, perhaps we saw one or two during the year, but that was two too many for mum. There was a panic every time she saw one. Our little cat, Whisky, stayed many years and was almost 20 years old when he eventually went to the feline hunting grounds. He never really actually caught a mouse, I think he was more into playing with them, but mum was happy.

The years passed by and I migrated to Switzerland and had four kids to bring up and no pets. Then one day I had the offer of a kitten from a friend. I had to convince Mr. Swiss that a cat would complete the family – the kids were now living their own lives somewhere. He reluctantly said yes but told me we were not equipped. I said no problem as in the meanwhile I had bought all the necessary articles for a cat life. He was most impressed when I said I even had the carrying cage for transport. And so we had our first cat. Unfortunately she was stung by a wasp in the garden, had an allergy and died at the age of 8 months. Before Mr. Swiss had a chance to say no more cats (we were devastated) I had already organised the next felines – this time there were two from a litter of four, the same mother cat as our first.

And so Nera and Tabby moved in. I also had a friend that bred cats (see photo above) and specialised in the breed of Selkirk Rex. I would often visit her at her farm and she had rooms full of kittens it seemed to me. She was the expert and I decided to adopt my third cat, a Selkirk Rex kitten. I again managed to use friendly persuasion with Mr. Swiss and so our other two cats had to move over. I would add that the newcomer, Fluffy,  was not actually welcomed with open paws, more claws, but they all survived, avoiding each other when necessary.

I now have one cat, Tabby, approaching 17 years next April

Why cats? They are independent selfish little creatures, but like a cuddle now and again. In the meanwhile Tabby has taken over and has organised us all. She even does a daily blog. 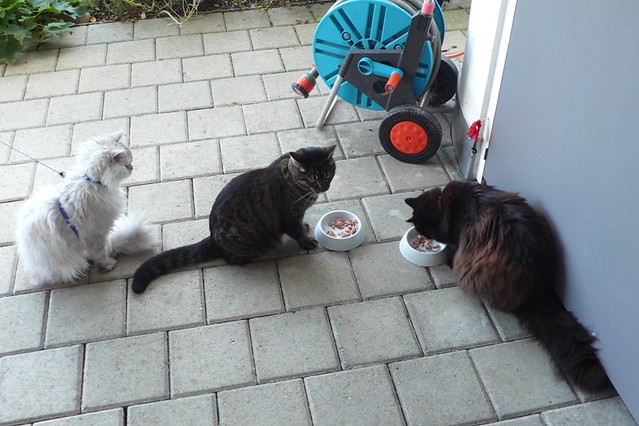 A rare photo of Fluffy, my Selkirk Rex, Tabby and Nera – where tuna fish food was concerned they were always in agreement with each other.