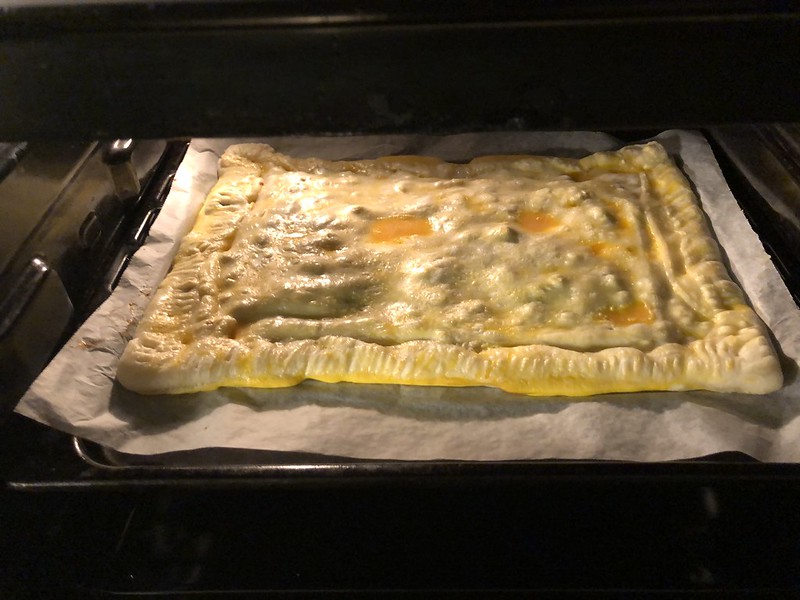 Do we eat to live, or live to eat – that is the question. I think I do a bit of both. Is this now the great opportunity where we can all show our recipes for our favourite food? No, not really. The women amongst us cook as a part-time profession and the men? They also cook of course. A relation was one of those expert cooks, even belonged to a club and at home he was always swinging the cooking utensils for a special meal. I remember his wife complaining that he never cleared anything away. The food was perfect, but she was wiping down the surfaces and removing all the remainders: egg shells, packets of ingredient remainders and clearing away flour and sugar etc. But he made a perfect meal.

So what is in the photo. It just so happens that on Saturday evening I cook something myself – no cold cuts here or sandwiches. This is a ground meat pie in flaky pastry with mushroom, spiced with a little paprika and other favourites of mine. As it just arrived in the oven to be baked, you can still see the egg yolk on the pastry which gives it a nice brown finish. No, I did not make the flaky pastry myself. I buy it in the store already rolled out.

My mum could not cook, although my dad was convinced she was one of the best. As long as it was meat in a gravy with potatoes and greens (english cabbage) he was happy. That the only spice she knew was salt and pepper made no difference to dad.  They said I was a fussy eater and pity “my old man” (cockney for future husband) because he would have to live on fish fingers and chips. I was not fussy, I just did not like what she cooked.

In my later life I lived in with a Swiss-Indian family for two years and learned to make a respectable curry. I once worked for two years as a cook in a children’s nursery making breakfast, dinner and afternoon break. We were looking after the kids of working mothers, but no-one got poisoned and I never ever once cooked fish fingers.

I like cooking and have my own little dishes and Mr. Swiss and the kids (I had four in the first years of my marriage) survived. Mr. Swiss can cook if he has to. I would visit my dad once a year in England for a week and he had to play housewife when I was away. He survived but I am not sure if he actually cooked anything.

And now I have to go and see what my meat pie is doing – I can smell it cooking. 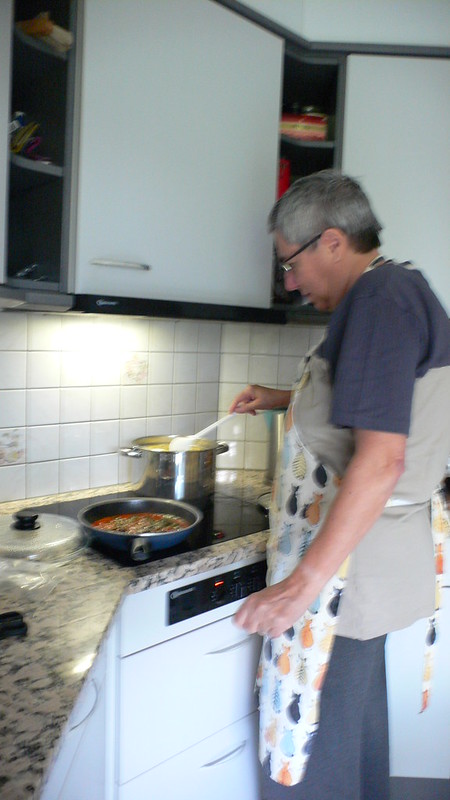