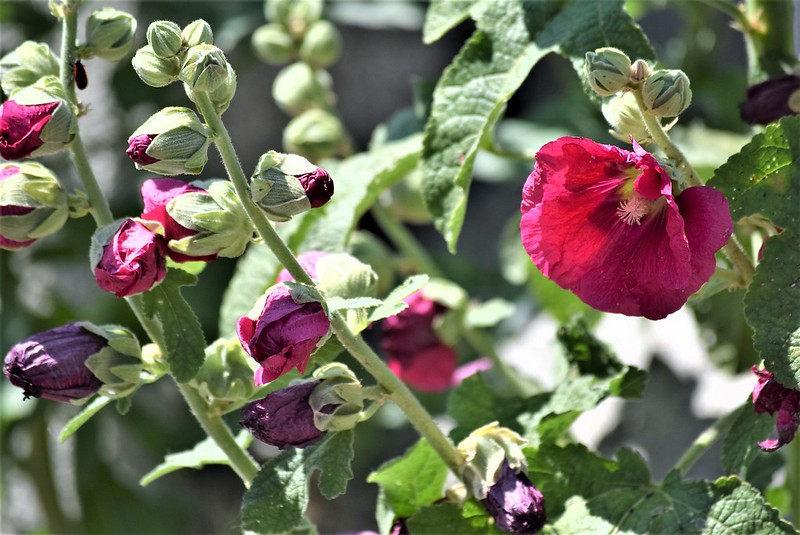 This time in red 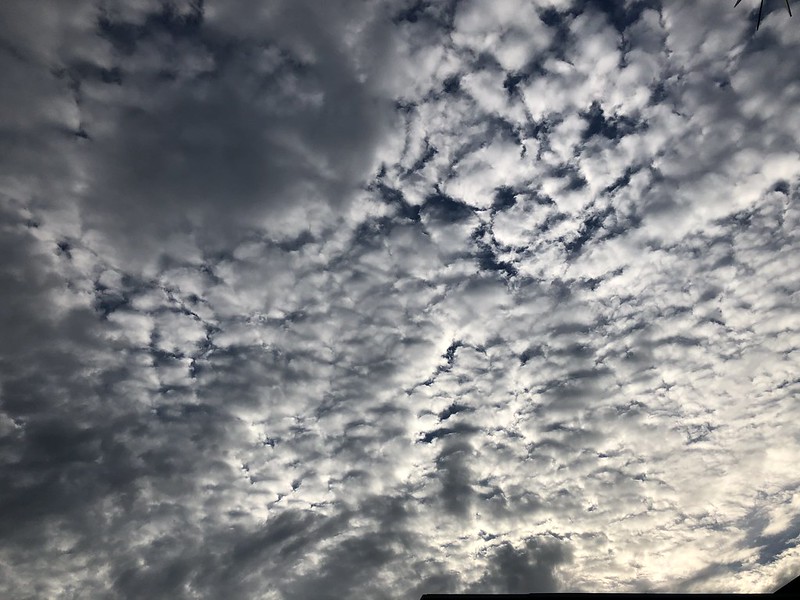 Apart from making a few negative comments about various politicians, one in particular – not wanting to menton any names, I am not really in the rebuking line of things. However, something occurred on my e-mail lately which at first disturbed me. The person who sent the e-mails was uttering criticism about me, a grey haired golden oldie that means no harm to anyone, but it seems I am corrupt.

The first time I got a mail it was sent by me, but not by me, by someone that got into my e-mail account, so it was my e-mail address. I was told that he had hacked it through the router and that he had dumped all my contacts and planted a trojan on my account. Then he proceeded to blackmail me into paying a thousand bitcoins into his account, otherwise he would tell all my friends about the various web sites I visit with negative sexual content. Oh, and he also said he had my password, but I noticed it was an old password that I had not used in years. What to do? OK, I took the risk and deleted the mail. As nothing further happened I was glad, but had a funny feeling.

About a month later I got a similar mail, from apparently the same person, but with a difference. This time he was demanding only 8000 bitcoins, although the trojan was also placed on my account. The third attempt was last week and so I went hunting in Internet and discovered these mails are all a scam, newest version, known as Sextortion, because the accusations are always of a sexual nature. As the accusations of what I do on my computer, and the apparent secret films he had made of me in private moments with the computer camera were just plain lies, I realised I was a victim.

Here is a link explaining what to do and how it happens. Apparently the fact that my own e-mail address was used is not difficult to do and no big deal.

Why they chose me as a victim I do not know, but I am disgusted that people can stoop to such levels. So never pay anything, and just ignore. It is not a hacker, but a plain old fashioned scam, a sick attempt to extort money. And I do not even know how to get a  bit coin, although I was instructed how to transfer them to his account, which I could find in Google. 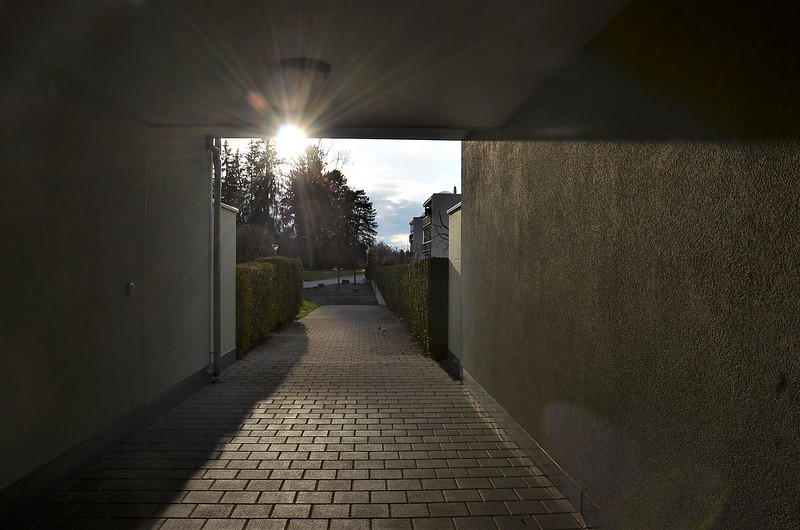 Vital is my computer, it keeps me on my toes
And then I have my medicine to combat all my woes
Is that what life has come to, it could be quite a bore
But I have my wheelchair, which gives a little more
Shopping is necessary to buy the daily food
I always write a list, less I forget what I pursued
But when I look out and see the sun and trees
I feel so alive, and then I feel a breeze
To realise I am living and breathe the air outside
That is necessary, I love the countryside
Times will come and times will go, I will not live forever
Make the most of what you have, enjoy the time of leisure 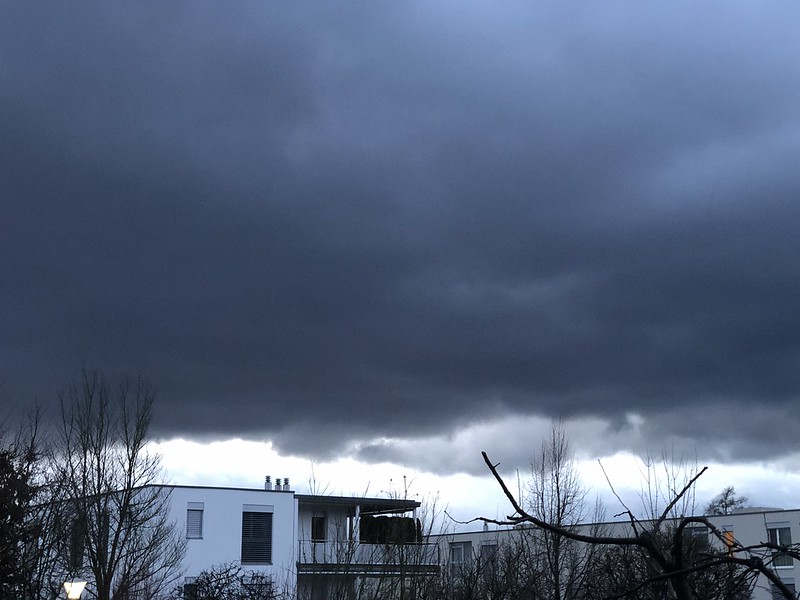 The clouds are lifting this morning. It was a day of rain yesterday and now we have a pause but I am not convinced that it is finished. At least the snow has now completely disappeared so safe travelling on the roads.

It’s Monday again and the weeks are going far too quickly. When you are a golden oldie it is another week of your life. At the moment I am home bound as I had a little collision with my wheelchair and a cupboard door at home yesterday and it seems to have put the right arm, where the steering is, out of position. I am hoping that the guy can fix it and will call him today. They have a good service and he usually does the work straight away. I am hoping that it is not too serious, I am dependent on my chair for excursions to other places. Today is market day in town, but I will have to give it a miss not being mobilised.

This morning I will be on my way to the supermarket. The cupboard is bare and I should stock up on fresh food. As we had potatoes yesterday with ham and green beans, today will be something with pasta. I try to alternate in my cooking choices. 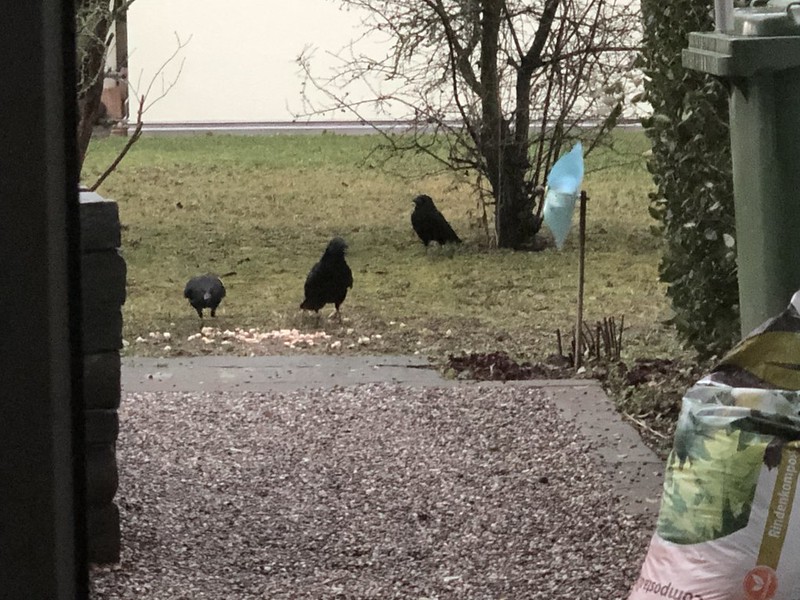 The crows are gathering again for their bread breakfast. They are a little too big for feeding on my birdhouse, so I serve the food on the ground. The sparrows arrive afterwards to gather the remaining crumbs.

Mr. Swiss has also now arrived in the kitchen and sorting his morning tablets. What a life! And now to the shower. I used to do my morning cleaning sessions in the bathroom, but the seat I had for the bath is kaput so I tried our shower and found that it works perfectly. We are lucky to have both a shower and bathroom separate. The bath has an attached shower, but I cannot sit in the bath. The last time I fell into the bath I had to organise the ambulance to lift me out, and they sent two policemen 🙂

In the meanwhile I have organised the wheelchair repair man and he will come tomorrow. 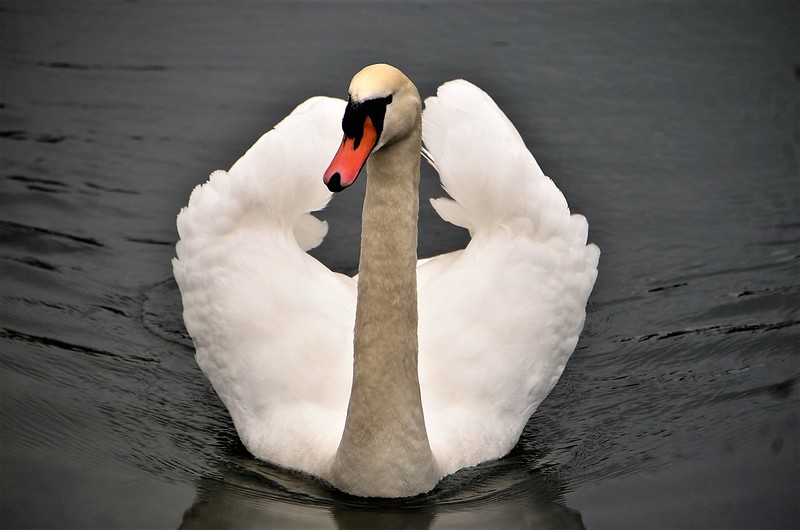 I will leave you with one of our local swans on the River Aare  and hope that you have a good week ahead of you.