Had no idea what a stymie is so I assume that it is something Anglo-American. However, after looking it up in the dictionary, I am in the picture. 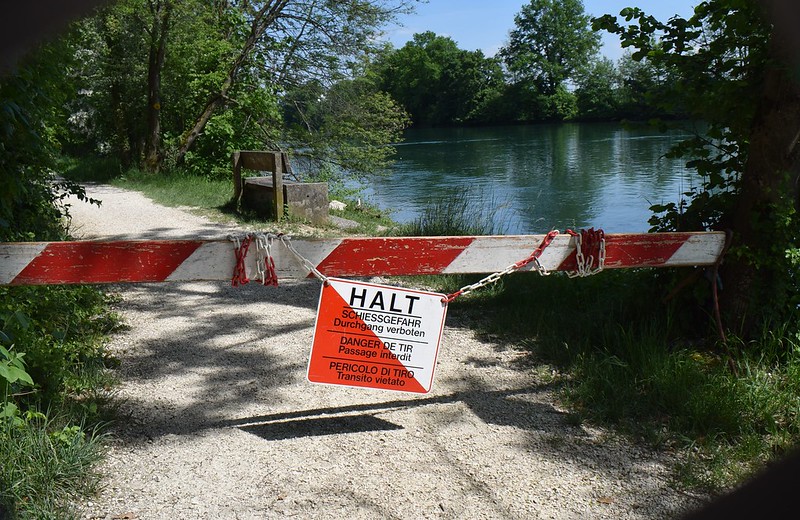 And so one day I decided to take a wheelie along the river which is just along the path to where I live. I should have been warned as I wheeled on and heard the cracks of gunfire in the distance. No, we Swiss are peaceful people, do not have shootouts with the neighbours and there is even a special season for hunting, but in our area there is nothing to hunt except for a few hedgehogs and deer are protected if you happen to find one.

Evetually I reached the part on the path that had been closed with a sign “Stop. Danger – shooting. Access forbidden.” Yes our soldiers were having their annual practice. Switzerland – soldiers? Of course. we are peaceful, but perhaps the others not so much, so we have a part-time army. Every able bodied Swiss is a soldier. And if he is not so able bodied, then he is a civil service recruit, helping in senior homes etc. They are called up for 3 weeks a year, given a uniform and a rifle and shown how to do it. My No. 2 son did his service for 3 weeks annually for many years until it had been completed. He was in with the heavy artillary – tanks etc.

You cannot give a gun to a soldier without having  practice, so once a   year they have their little practice sessions and on this day they had occupied our local river path to do their duty. 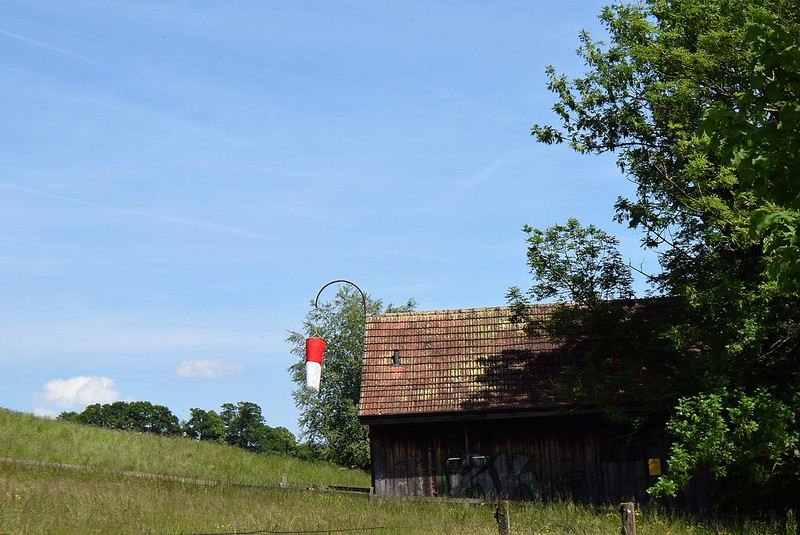 I then saw the shed with the sign hanging outside to emphasise that there was action. Red and white are the colours of our Kanton.

I had no choice but to wheel back home in my chair and let the soldiers do their duty. Slowly the noise of the gunshots faded into the distance.

6 thoughts on “FOWC with Fandango: Stymie”