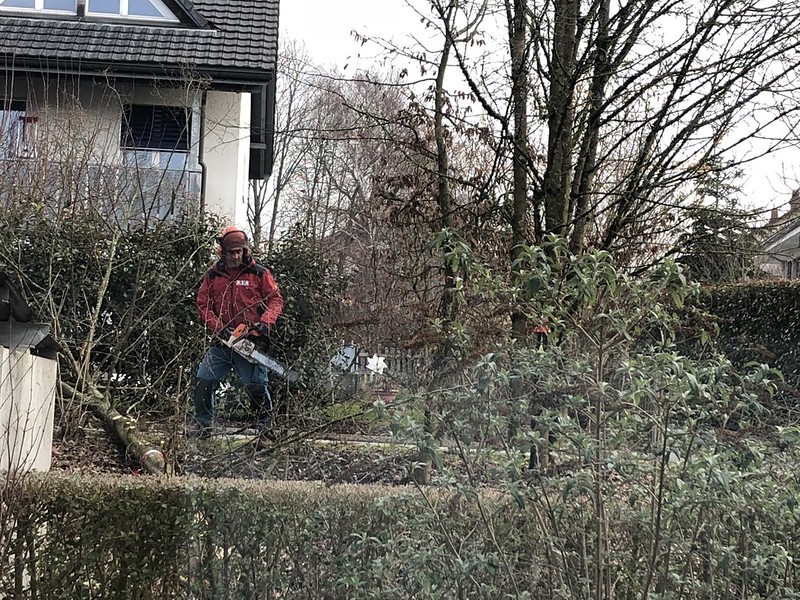 It was last year in February that the storm hit and we were carefully watching the local trees. One of them had been a little weak for sometime, and now the winds did the remainder of the work. We were worried that it might fall into our gardens, but it fell on the wall of the local bicycle shed and now the Swiss lumberjacks were called to clear the remains away. 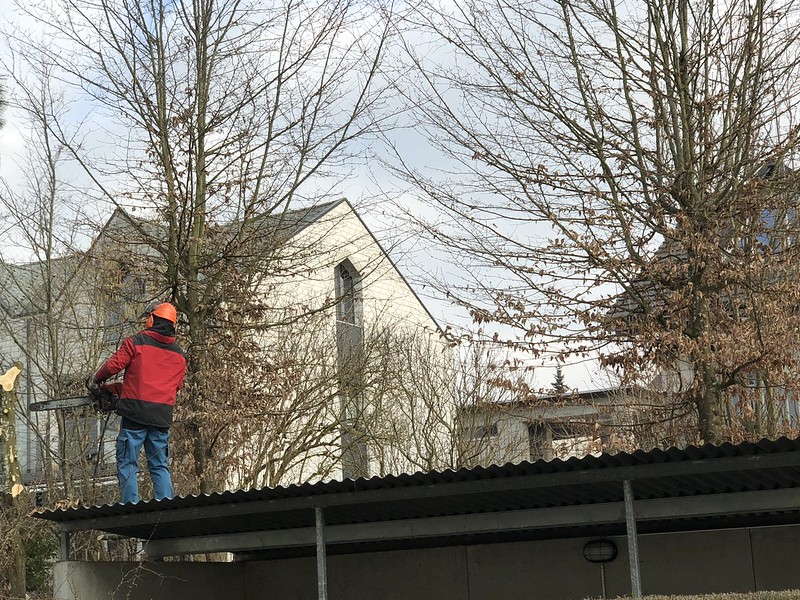 I was naturally watching from my window with the camera ready and so the guy began to chop away at various trees which were in his eyes presenting a threat to our safety, although I was sure he went a little too far. 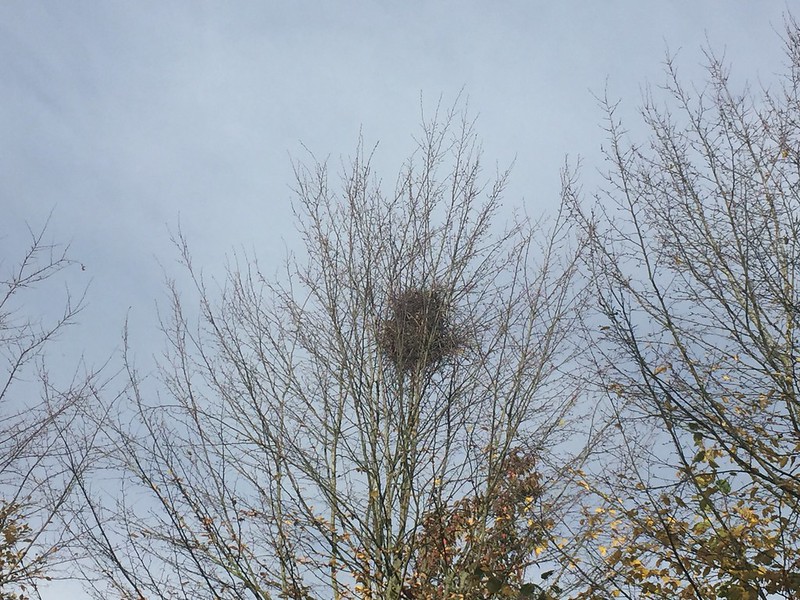 One of my favourite trees opposite our place, was the one with the magpie nest in the top branches. The nest had not been occupied for at least 5 years, but it was there in Summmer and Winter. According to the eyes of a lumberjack (OK a Swiss lumberjack) this tree had to go and now it is no longer there. 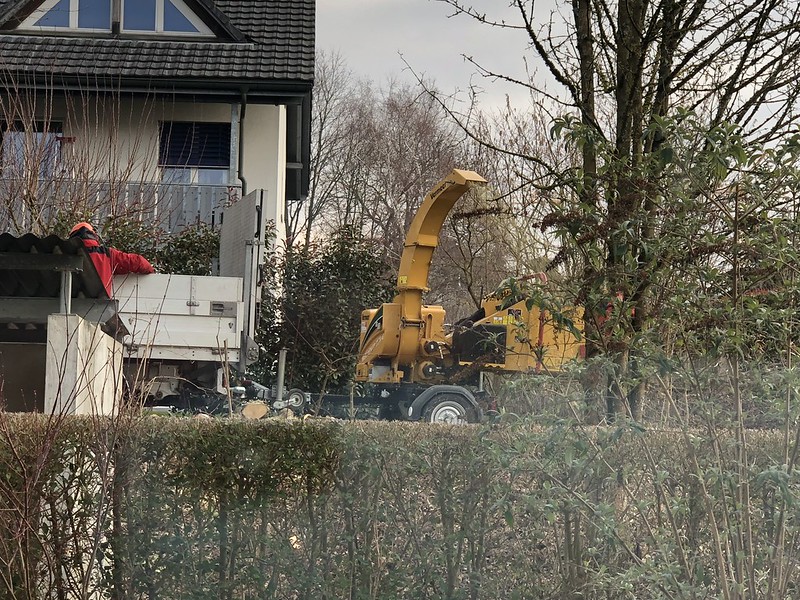 And so they chopped away to their heart’s content. Eventally the machine appeared that converts the wood into small chips. I thought we were now in the forests of a Canada. 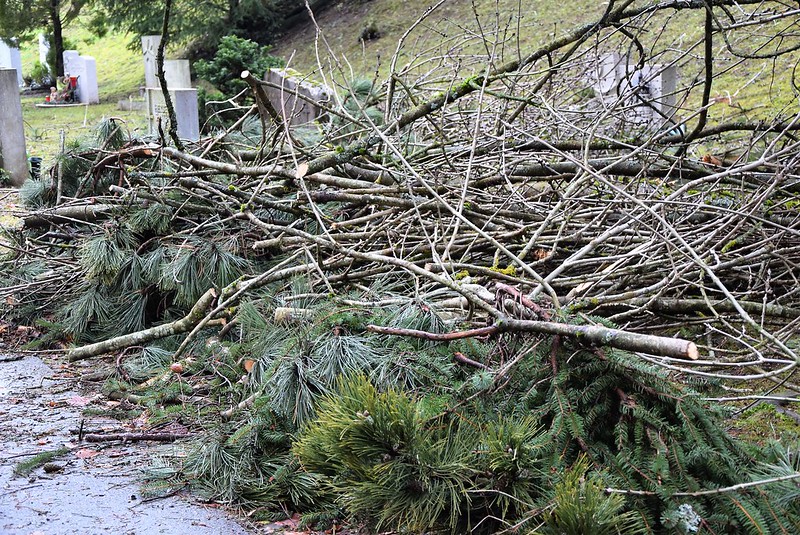 Although I must say that the storm did leave traces everywhere in the neighbourhood, even in the local cemetery. Yes, nothing was spared. 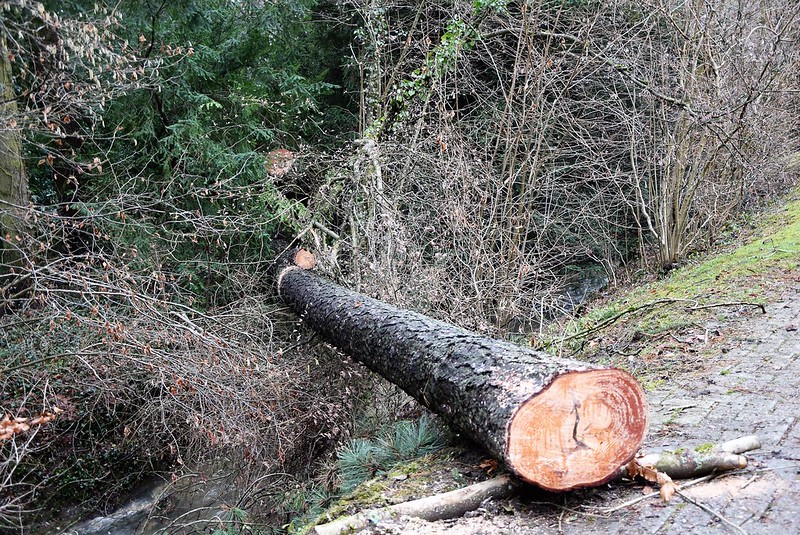