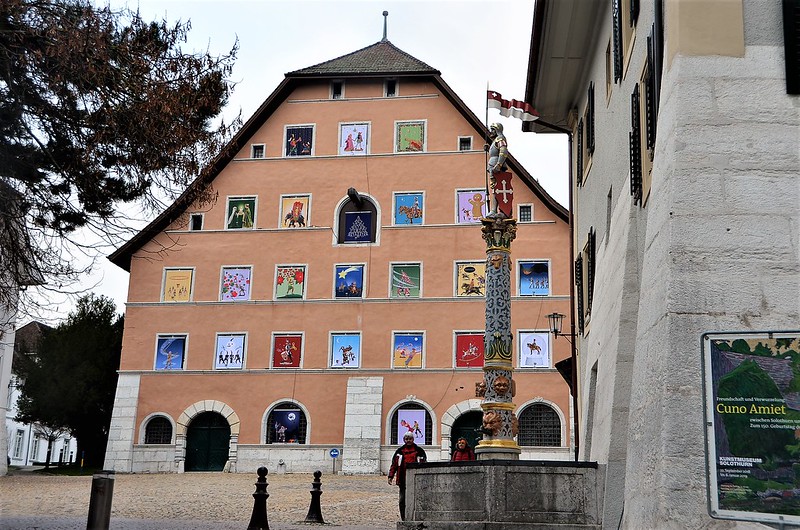 Our local town of Solothurn in Switzerland introduced the tradition of decorating our old Arsenal by changing the windows into pictures resembling a Christmas Calenendar. Daily in the Christmas month, a new window was uncovered. It seems that there would be 24 windows ready to accommodate the festive photos. This year I followed its development with various wheelies into town in my chair and after a pause over the last week, I again went into the town with my camera yesterday and got the complete calendar. You can also see the St. Mauritius fountain on the right.

The building used to be for keeping weapons for the army, but a new building replaced it just outside of town where the soldier’s rifles are stored. Today it is a museum showing the old armour and weapons of the days gone by. 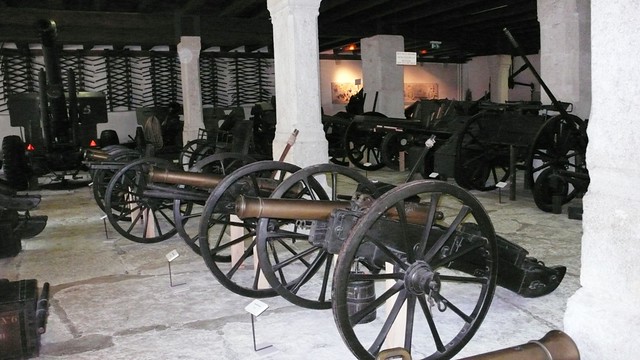 Although Switzerland is a neutral country if there is a war, the borders are still protected and every able bodied man (and woman on a voluntary basis) are soldiers, doing their annual 3 week service. These relics are from the past wartimes. 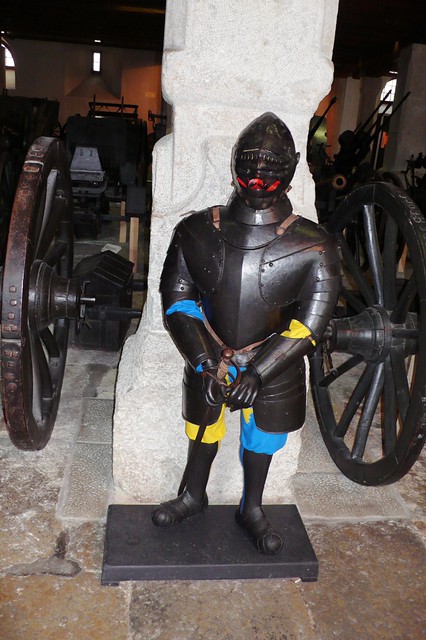 You meet this little guy when you enter the museum. People seem to have been smaller in the olden days, but do not go too near. There is a trick and he will spray you with water from his mouth. They call him the “Zeughaus Joggeli”- 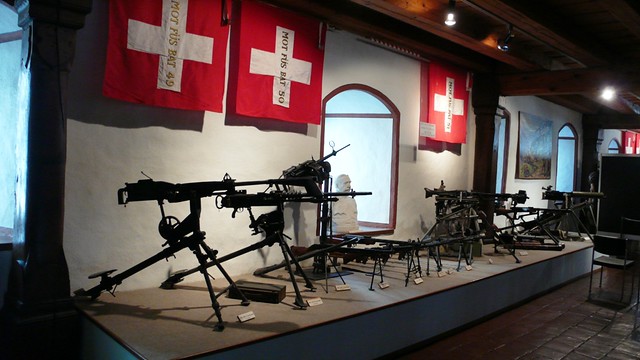 My Swiss family were also soldiers, All four uncles of Mr. Swiss protected the borders in the 1st World War and in the 2nd World War his father also did his duty Mr. Swiss himself only did a few days but had health problems so that was the end of his glorious army career. No. 1 son was not allowed to do service as he is autistic, but No. 2 son saved the family reputation and served his complete time in the army, reporting every year for his three week service. He could have kept his rifle afterwards for a small sum of money, but returned it to the Arsenal. No traditions here.

And so today we see the Christmas calendar as one of the first buildings when you enter our town.