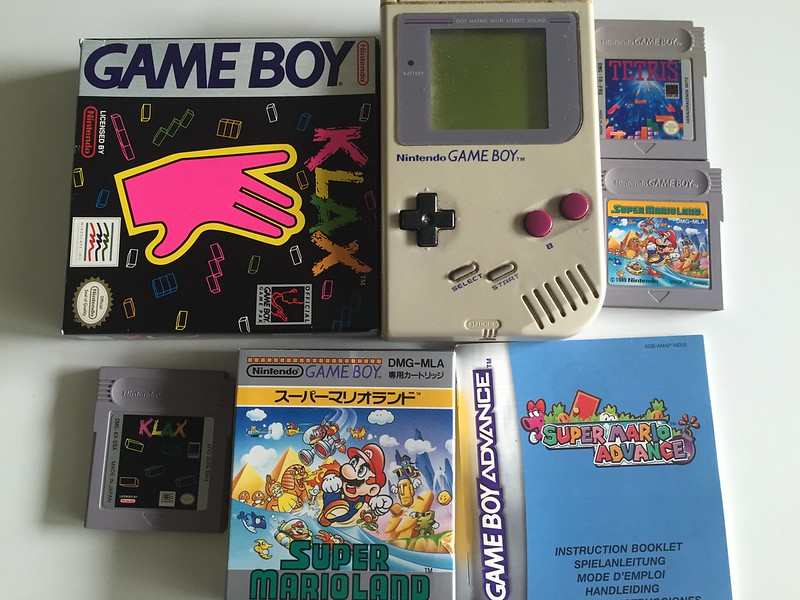 I suppose I was in my forties when the gaming bug got me, but blame No. 2 son, he knew them all. And then I had a birthday, and what did I get – a Game Boy: no more boring hours sitting around and wondering what to do, just insert one of those little cassettes and the music began to play. Was I dashing for boulders, or did I have  date with Super Mario, it made no difference. Or perhaps I was building walls with the Tetris bricks. I remember one game where armies were climbing the walls of a fort and I had to defend the fort. I still have my Game Boy in a cupboard, perhaps it still works, but it is better if I forget it. It might get me again and then we can forget the housework and cooking.

Of course I progressed to computer games, colouring landscapes with the Wizzball,  and travelling Koronys Rift, but to be quite honest, I never did understand that one. Something about visiting all 50 worlds and eventually arriving in the station where the flying saucers were, which should be destroyed. I do not think anyone ever got there without being shot down in the first landscape. To be quite honest I cannot remember all of them. In the meanwhile No. 2 son had become a pilot with his jet plane shooting down enemies. I was never really into that, but preferred  thought games instead of action.

Even adults play sometimes. Now my game is writing shopping lists on my mobile phone.