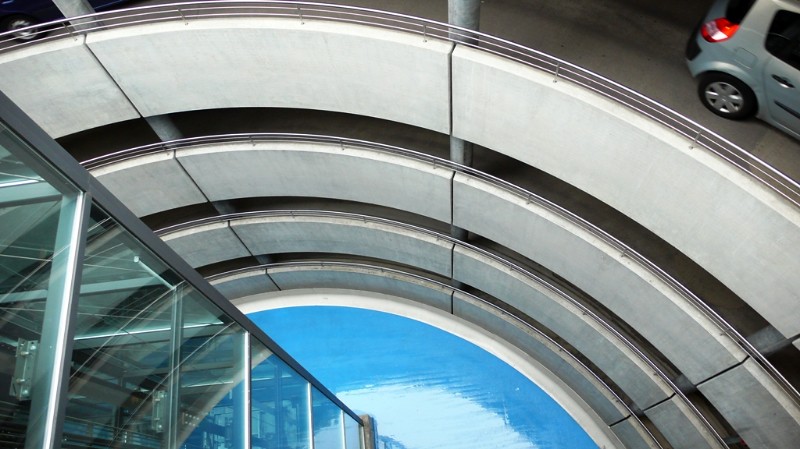 There is nothing really special about a car park. We all know how they work whether flat or some sort of modern creation, but for me it is something special. Today I had to park my car in one of these car temples, the first time on my own since at least a year if not longer.

I had to visit the doctor and as I have walking problems, I had my walker in the car. I had to  cross the road from the car park to the doctor’s surgery. I was on my way in the car, no problem. I actually like driving again. The roads were almost empty and I had already planned my route in my head. We have one of those little plastic cards which are valid for all three car parks in our city when entering and leaving. What could possibly go wrong?

I entered and remembered to let down my window in the car as I approached the entrance barrier. I manoeuvred the car as near as possible to the machine waiting to take my card and the machine refused. It did not want my plastic card. I noticed a button so pressed it and got a paper ticket. This meant that I now had a parking ticket which I would have to pay at the machine at the entrance when leaving. But I did not want this paper ticket and wanted to use my plastic card. This was my first mistake.

I eventually parked the car level 2, parking place number 289. How can I remember the number? I noted it in my iPhone of course, in case I forgot where I put the car afterwards. As I was leaving the lift I remembered that I had left my paper ticket in the car, which i needed when leaving the car park and so I had to go back to the car again. Now I was ready to go.

After the visit to the doc I wheeled my walker back to the entrance to the car park. There was a nice gentleman paying for his ticket, so I asked him how it worked. He looked at me as if I was perhaps something from another world, but helped me to pay for my parking time, which I did not really want to do because I had this plastic card with about fifty swiss francs value on it which I forgot how to use.

I now returned to the car and ascended to the exit again and was hoping that my ticket would work. I managed to get as close as possible to the ticket machine and my ticket was devoured and the barrier opened. I was free and I had done it. What a feeling of victory.

When I got home I told Mr. Swiss of my adventure of course. He told me that the machines in the parking house are now different. You no longer have to feed it with the plastic card when entering, but just hold it against the flashing light. I was wondering what that light was.

6 thoughts on “FOWC with Fandango: Special”