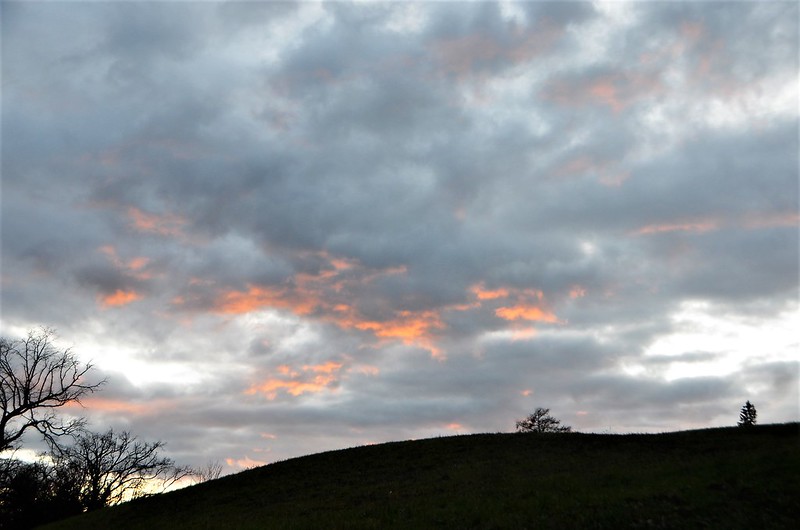 As I was wheeling home from a visit to town yesterday I notice we had one of those colourful sunsets. This is the time of year to see them it seems. This is the hill just before I turn up the path homewards. 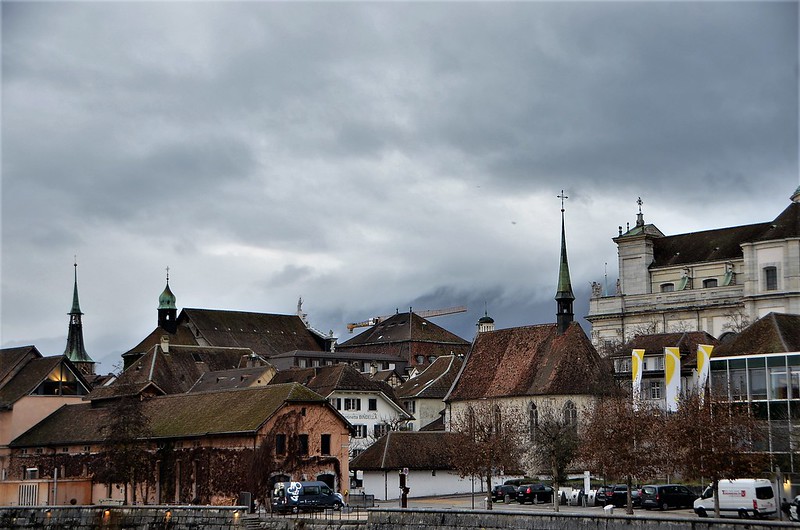 Yes, I took another visit to town yesterday afternoon. Our Christmas market was still there for the last second day and before it disappeared for a year I wanted to get some more photos. 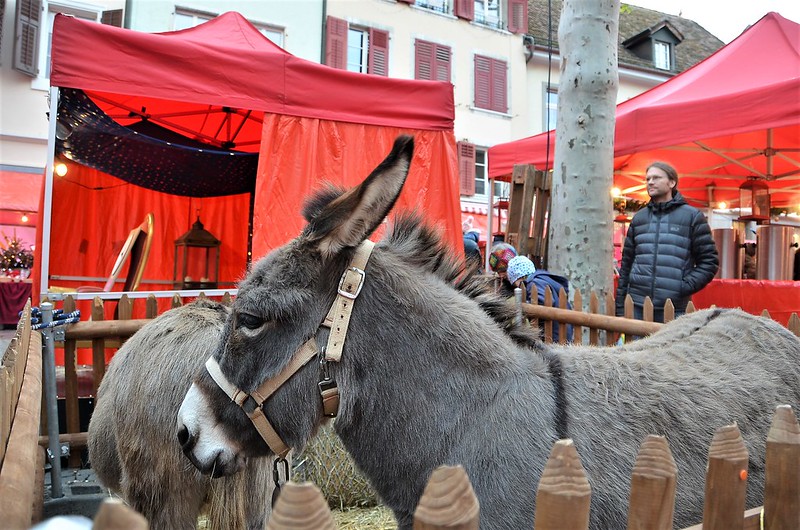 This time I managed to capture a photo of Santa’s mules, although the man himself was not around. Apparently he was having an afternoon break for something warm or perhaps just a beer in the one of the local restaurants.  He had left a sign on his throne saying “Be back at 4.00”. As Ii did not really have any special wishes, I decided to leave it to the kids. 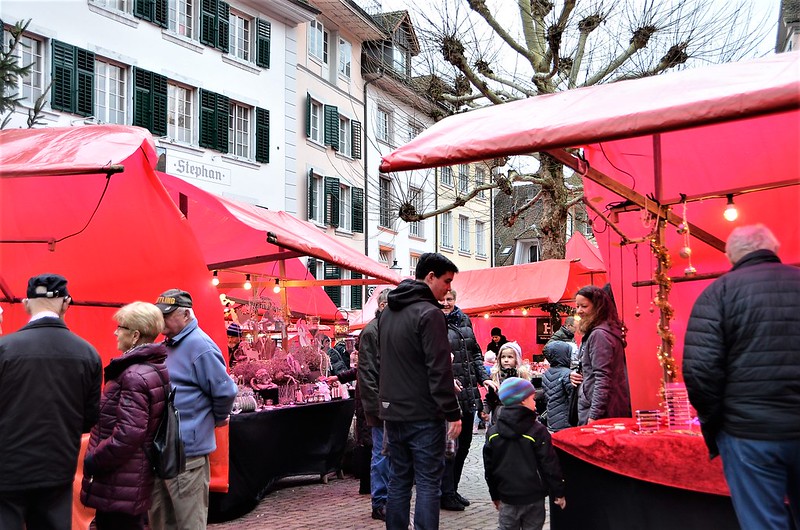 This time there were not so many people on the market and I could move better in my chair. It is funny when I see others in a wheelchair. They always greet me so friendly and I greet them. Probably because we have something in common. 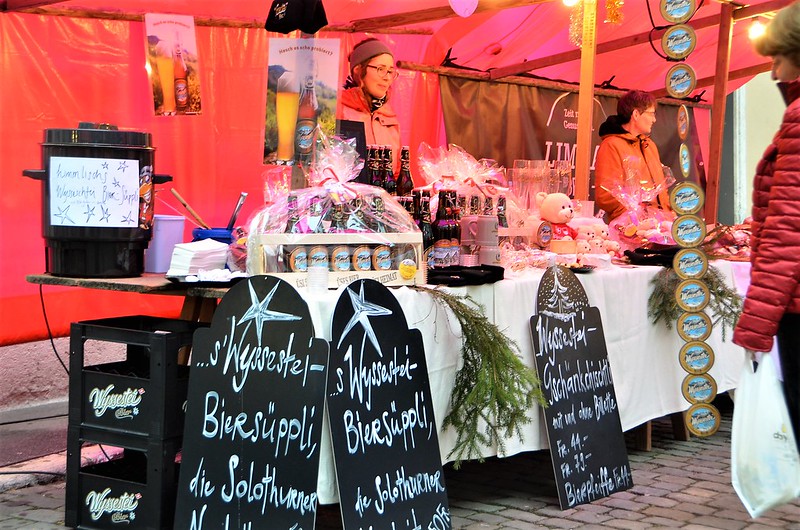 Some of the stalls were selling food such as various sorts of honey and even a “Biersuppli” which is probably a Beer soup although it could also be something made of pears as the word in swiss German is almost the same. Not being a native, only living here for 50 years, my Swiss German still has a few problems. 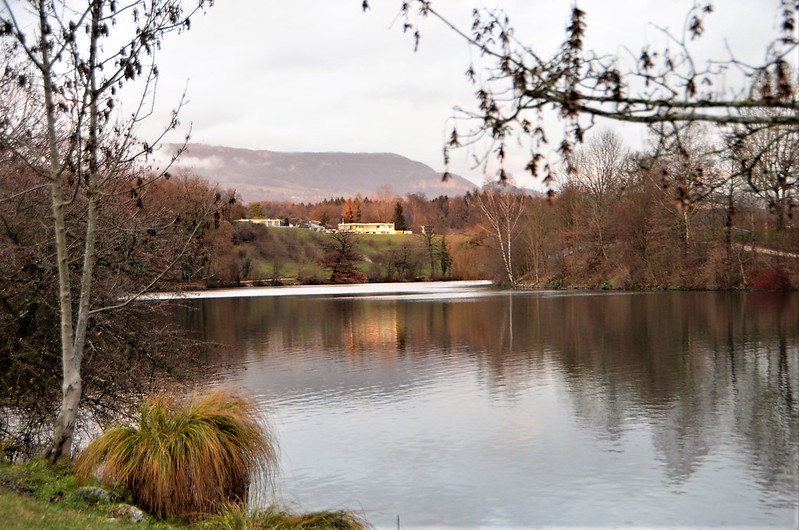 Eventually I decided to wheel my way home via the river Aare. It was not too cold and I did not even bother to wear my gloves.

Today is week-end shopping, so I will have to give myself a push. I do not mind going shopping on my own. After many years of retirement doing it all with Mr. Swiss, I am now alone as he can no longer mange the shopping trips. Although we mnaged ok together, times change with age. I am feeling OK at the moment and hope it continues. After my relapse a couple of weeks ago with my MS, my body has recovered and I am getting used to my problems. I just have to be very careful that I do not fall. I noticed these falls only happen when something is not in the place where it should be, or perhaps you hook into a carpet. However, we have only one carpet which is an advantage.

Yesterday evening I was on the computer until later, and eventually composed the shopping list, which helps me a lot when I know what I want and do not forget anything important. One of the problems of becoming a golden oldie is the short term memory.

By the way Switzerland now has a new government for next year. They vote always in December to re-elect the 7 ministers, or perhaps elect new ones as a couple retire. Every year we get more women and now we have three ladies. Not bad for a country that only allowed votes for women in the seventies. Personally I do not care if woman or man, as long as they do the job right. We also have a new president, Mr. Ueli Mauerer, who has been a minister for a few years. A new president is elected every year from one of the ministers. At least we are not lumbered with the same one every year and we know our ministers. Being a small country with only about eight million population, the job is a little more easier to solve. 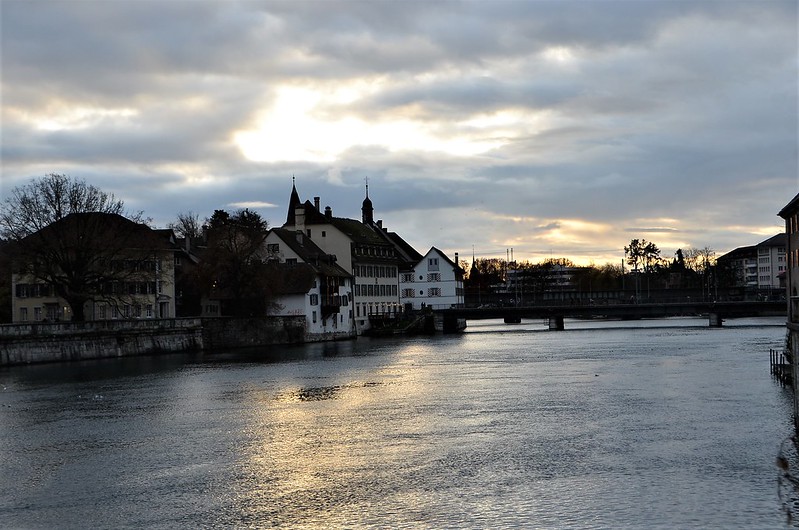 And now I must really go, do a clean up and get ready. I leave you with a parting shot of our town of Solothurn from yesterday where sunset was doing the right thing. Have a good Friday everyone.