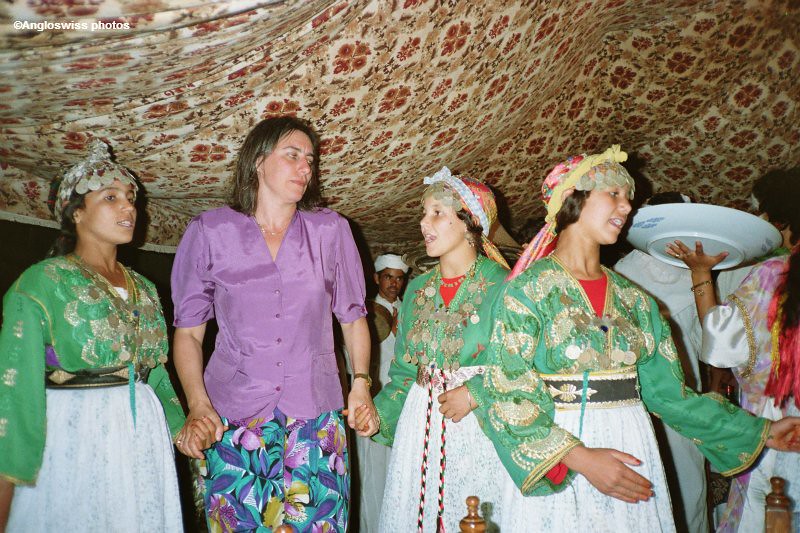 Once upon a time when Mr. Swiss and I were younger, in 1990, we had the opportunity to visit Marrakesh in Morocco with his company. It was a three day stay and I saw things I would never have a chance to see again. One of the visits was to a bedouin tent in the evening with food and entertainment and there was quite a bit of singing.

I was invited to join in and of course I did. I was 30 years younger and still had some energy in my bones. Singing with the Moroccan ladies was a bit different to our singing style, and I do not know how they managed those high pitched sounds. 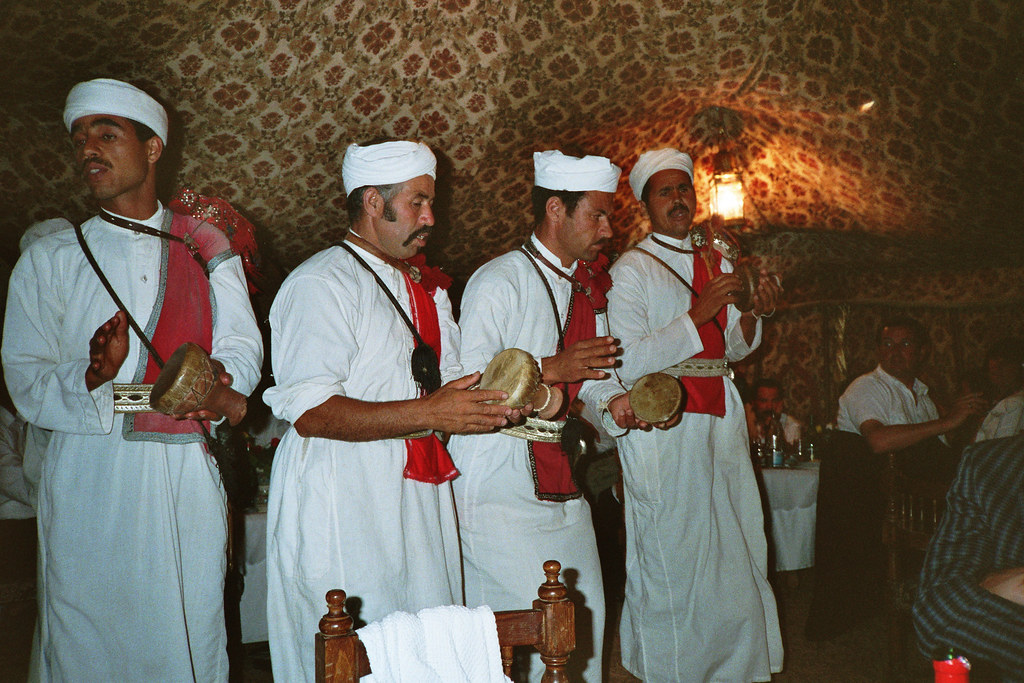 Of course the Moroccan men also did their bit, but they were more interested playing their instruments. 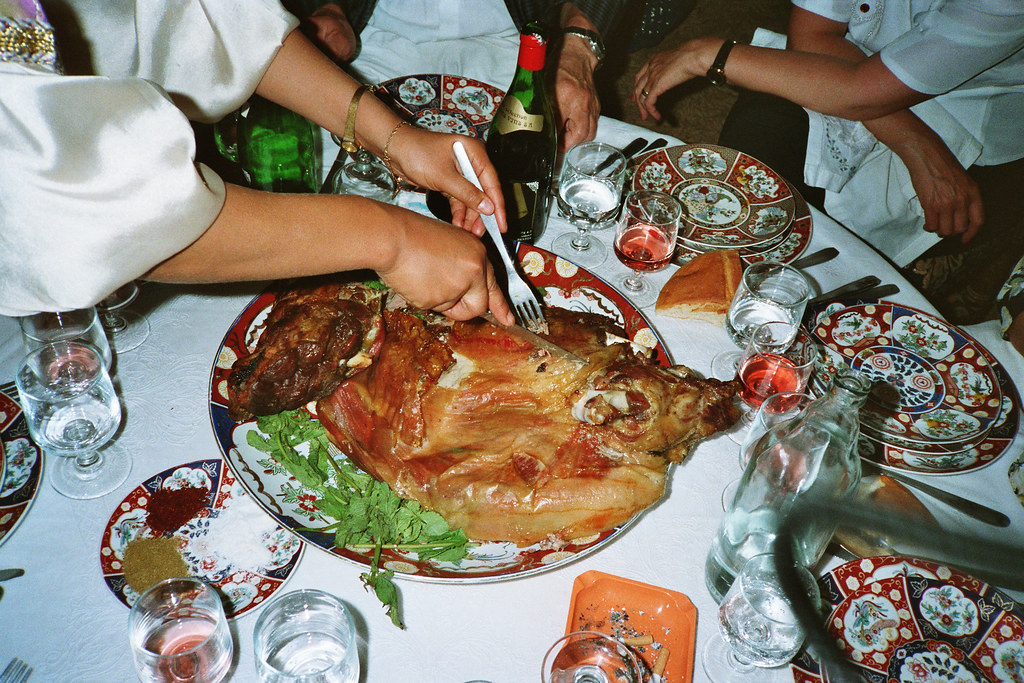 And the food was good as well, of course. Although we were given knives and forks I think we all tucked into it with our hands.

Of course I can sing, but whether I hit the right notes is questionable. Today I just might sing along to music in the radio. My dad sung with another two guys when he was in army service in the second world war to entertain the troops, when they had a break in fighting and yes, he once was present at a concert given by the great Beniamino Gigli, the Italian opera singer. He appeared in the army restaurant in Italy, with his daughter, and sang a few songs. Whilst he was singing the military police locked all the doors to ensure none of the soldiers left and when the concert was finished they began to examine the papers of the soldiers present. That evening they arrested many for desertion so my dad said. It was war time.