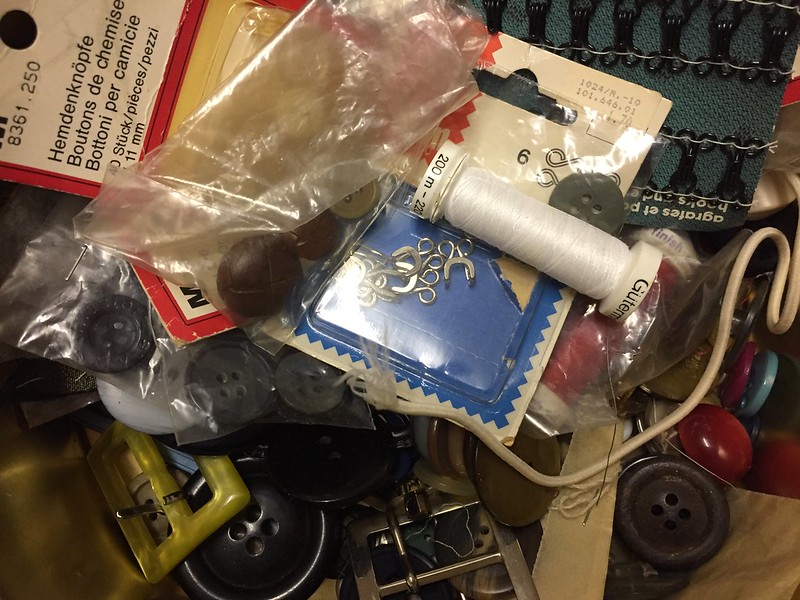 The only squirrels I know are the human ones, the ones that squirrel it away somewhere in case it might come in handy. That was one of my mum’s favourite phrases and dad would join her in her collective spirit.

I only saw mum and dad once a year when I wandered off to Switzerland. They had moved to their council house and at last had a bathroom, an indoor toilet and space but  the collection of glass jars continued: of course, they now had more room for more jars. It could be anything: a paper clip, a button, a nail, a screw and undefinable objects made of metal, but the main thing was they could come in handy.

One day my dad was left on his own, but the collection continued. I could not achieve a lot for one week in a year on my visit, but I remember once I did a radical tidying up session. He was already asking  a day later where that clock was that he always had on the shelf. I broke the news that the clock was no longer working. I think the time on the dial had been the same for the 20 years since I left. And then there were the buttons. Does someone really need over 200 buttons in a glass jar? If he really needed a button he could perhaps buy what he needed in a store.  When I departed to Switzerland again he had space on the shelf, or was it the kitchen cabinet and he was probably still missing his glass jars.

He had to move on to a new apartment in his care home later and my friend helped him to sort everything before moving. I was happy to see that he had not taken any glass jars with him full of bits and pieces. He now had new cutlery and cups and saucers and the old crockery that mum and dad had kept for so many years was no longer. He was still talking about the clock he once had.

I think that made me allergic to putting things away that might come in useful. My motto is live as if your were going to move house once a month. It is amazing how that works. On the other hand I wonder if my offspring are shaking their heads at the many books Mr. Swiss and I possess: six bookshelves in the hobby room in the celler and a bookshelf occupying a complete wall in the living room. 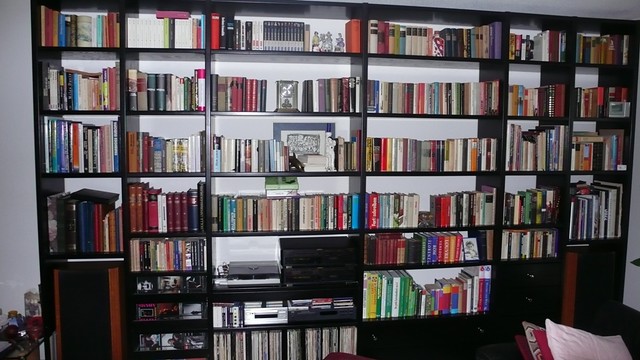