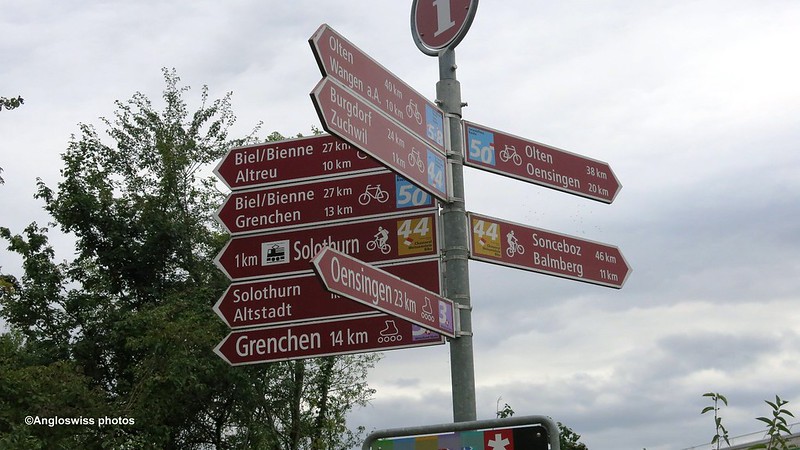 You would think we were in the middle of the world when you see so many signposts. We even have the bicycle routes shown, and on the bottom sign to Grenchen there is a shoe with wheels, a for skaters?

I must mention that I know all the towns mentioned here. Oensingen is half way between Solothurn and Olten and Olten? Olten is another town and as far as I am concerned just noticeable for the connections by train to all over Switzerland, at least most of it. Grenchen is known for the watch industry. It used to be quite a big name, but now mainly produces the Swatch watch, which sort of helped to save the Swiss watch industry.

It is a half way stop to Biel where the language border between German and French begins, although still mainly a German speaking town. Biel has a lake and my son works there in a government department. There is a place called Altreu which is also on the River Aare and known for its storks. 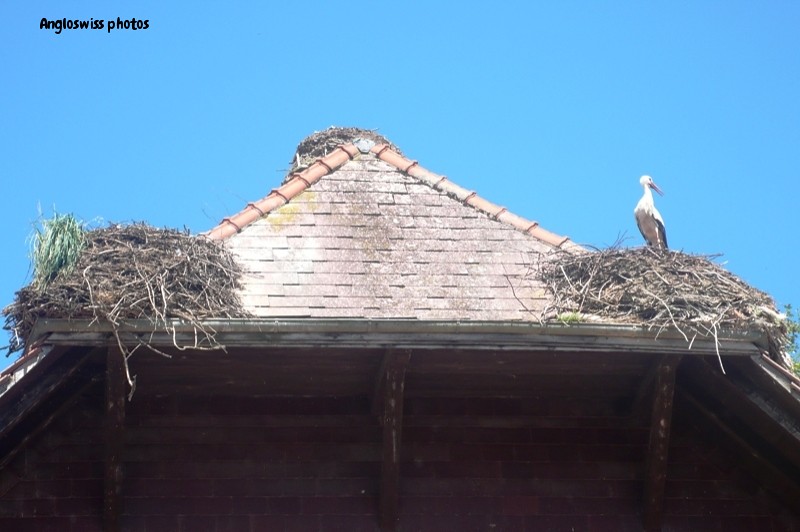 The used to have their own stork area, but now they are allowed to fly and have more or less took possession of all the roofs in Altreu. 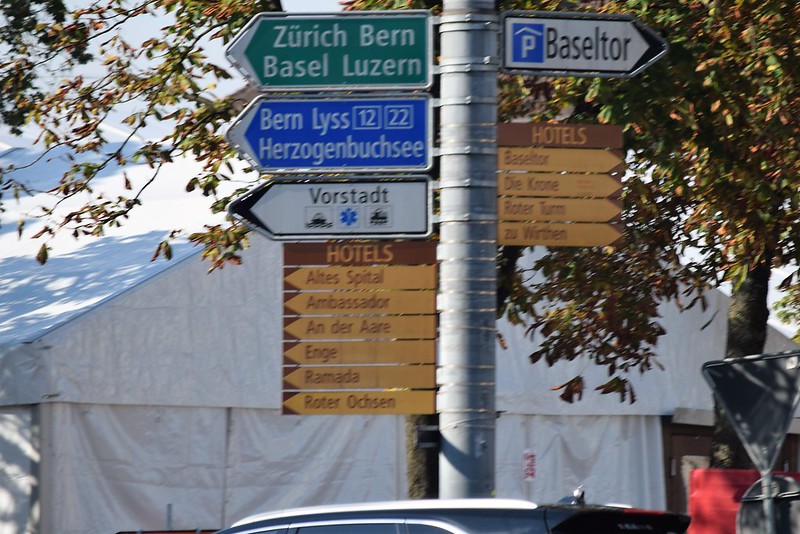 And this one is at the entrance to our town of Solothurn and even shows you the way to Zürich, Bern, Basel and Luzern. The green background means it is a motorway. The blue background is the normal road. Herzogenbuchsee? I know you have never heard of it, just an overgrown village or mini town in the Kanton of Bern. And the hotels? Yes we have many, so if you ever happen to visit Solothurn, just let me know. You do not need an official guide, I will show you around, and it is suitable for a wheelchair. I even know where the best sidewalk surfaces and road crossings are for the wheels. The old town is paved with the old style cobble stones, of which I am not a fan, but they did not ask me when they did it. 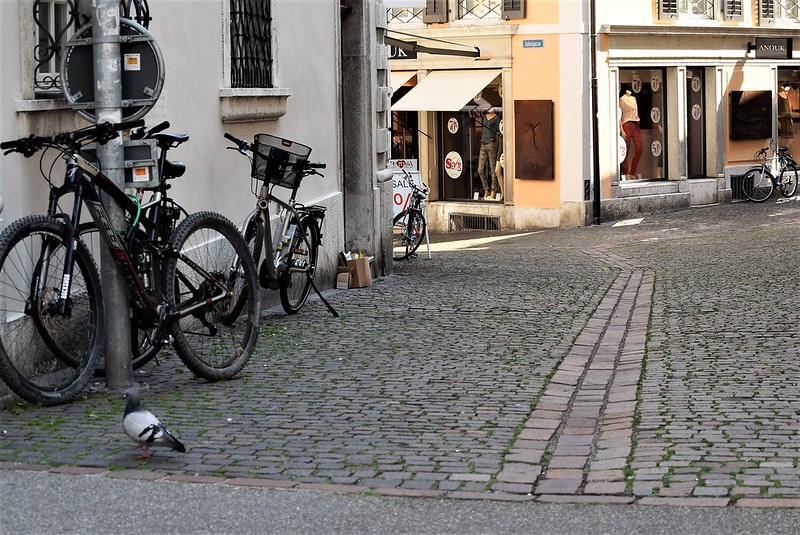 One thought on “FOWC with Fandango: Guide”