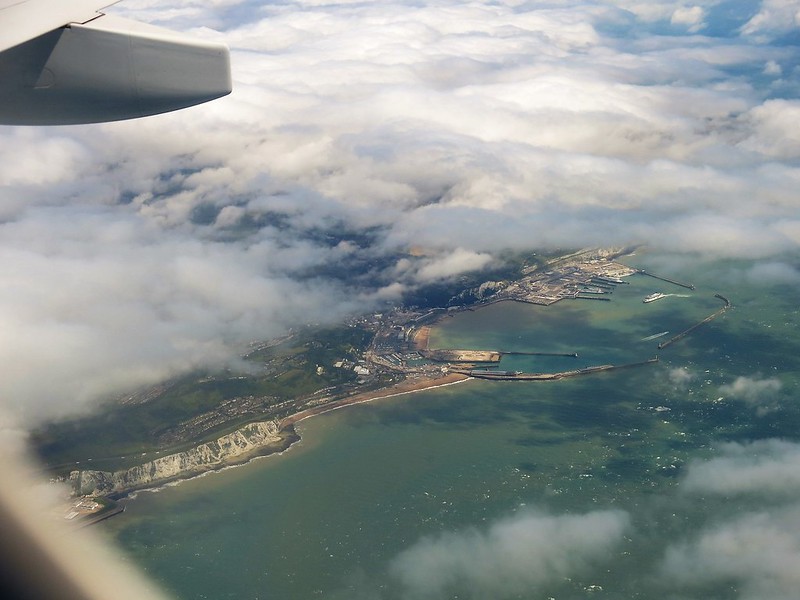 Taking regular bus or train journeys you know what to expect. The villages, the roads, even the houses appear in the same places and it is nothing out of the ordinary.

Flying is something different because the individuality of what you see disappears in the surroundings of mountains, rivers and clouds even – all from a distance. If you take the same flight every year then you begin to recognise places.

I would take off from Zürich and if I could look out of the window towards the South I might get a good glimpse of the Swiss alps covered in snow. Then the plane flies on and wait a minute, on the right are the Jura mountains. Now if I have a good look I will see the Weissenstein, our house mountain. There it is and now a little over the peak towards the flat land I see our local town of Solothurn with little villages (one of which is mine) surrounding it. I am flying alone and Mr. swiss is down below. I wonder if he sees my plane overhead.

Then there is a good half hour of France. I like France, but France is mainly agricultural and the plane wings its way across fields. Sometimes I might see a strange formation on a field, that I recognise from the past years. A collection of stones, or rocks, but I do not kow where I am exactly. Some time during the journey the pilot tells you over his loudspeaker that on the right we can see Paris, although I never really saw it, but we all turned our heads in that direction. The fun begins for me when we approach the French coast because I know there will be 22 miles of English channel and then we arrive on the english coast as in the photo. I am back in England, my country of origin.

Just a few minutes after flying over English territory and the pilot says we have started the descent towards London. If I am lucky he takes the route along the river Thames and I see the familiar places I knew when I lived there. An island along the Thames near the coast, that is Canvey Island. It is small but as a kid it was a day’s excursion to the sea and the beach. We travel up the river and I see the Thames Barrier preventing flooding in London if there would be a high tide. I see Dagenham where the Ford motorworks were, where my dad worked many years,  and then we approach the Docklands. 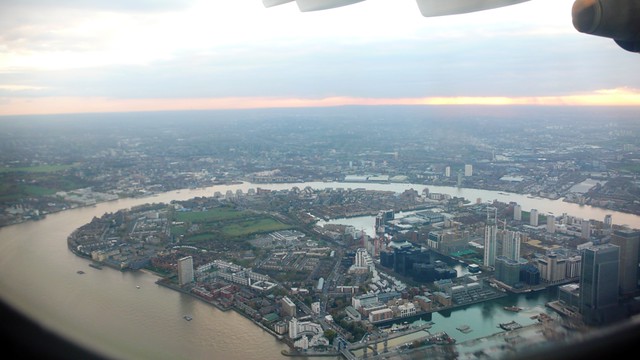 Now I am back in my home country, the place where I grew up and so we land at London City airport. My friend is waiting with the car and picks me up. 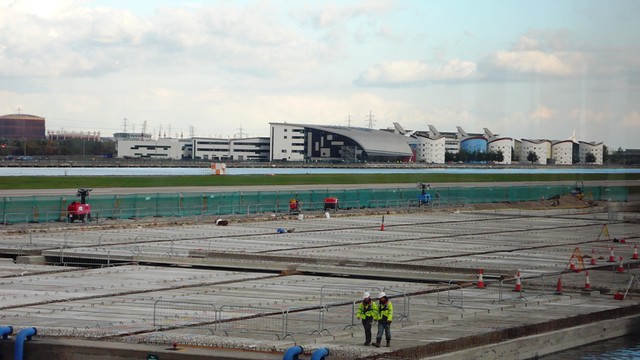 The flight is over and I know I am back in England. The colourful strange buildings on the other side of the airport runway belong to the East London University. My schoolfriend worked there for many years.

Others come and go and fly over places, but when you know where you are, it is a taste of home. My journeys to London are no longer since my father passed away at the age of 100 years a couple of years ago, but I knew the route by memory. My home is now Switzerland, but a little nostalgia still remains from my London days.

FOWC with Fandango: Over

12 thoughts on “FOWC with Fandango: Over”