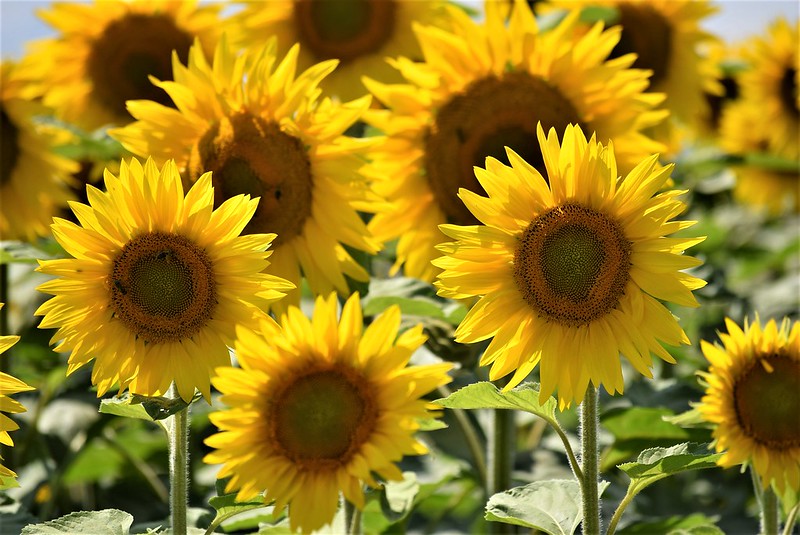 My love story with the sunflowers began in June and only lasted until September unfortunately, because they were then no longer. My first meeting was when Mr. Swiss and I went to the supermarket three times a week and drove past the field. I shot a few photos from the car, but they did not show the full glory, so I decided to visit the field in my wheelchair. It was on the northern edge of town, but no problem. I could transform  the visit into a round trip. Visit the cornfield, drive through on the paths and then direct into the Western side of town.Then enter the town, drive through West to East, cut along the river bank and the round trip would be completed when I arrived in my village. 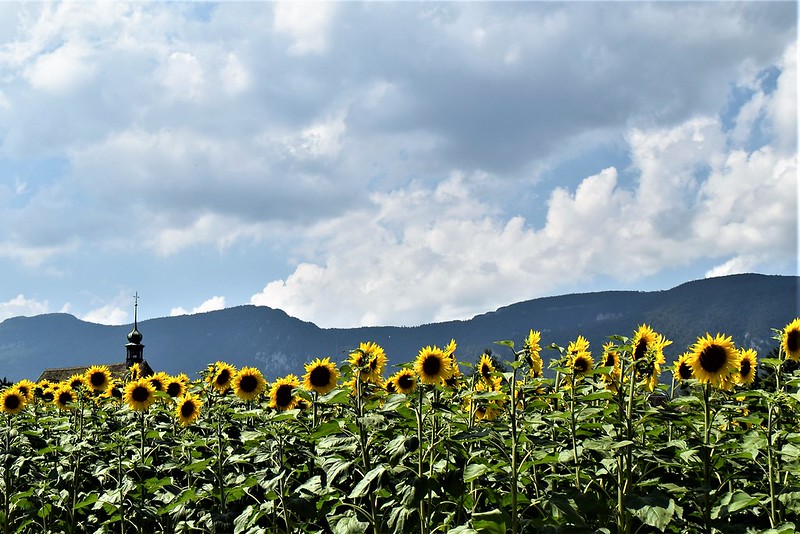 I watched them climb towards the sky, competing with the heights of the Jura Mountain scenery in the background.  My visits became a weekly event and when the seeds began to form, it was fantastic. As I was taking my photos my neighbour whizzed past on her moped and was not surprised to see me in the midst of the fields, and there were three fields. They were packed full of sunflowers, one after the other. 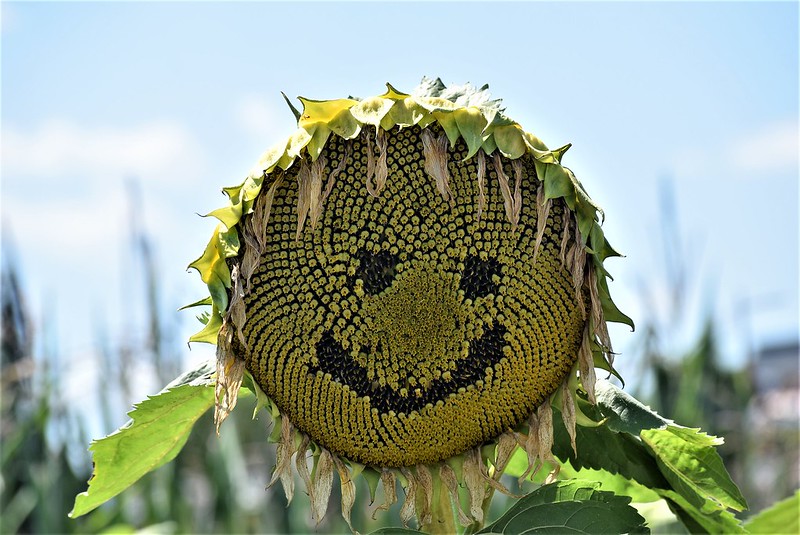 Eventually the seeds began to arrive and grow in the centre and this was their purpose in their life of one season. 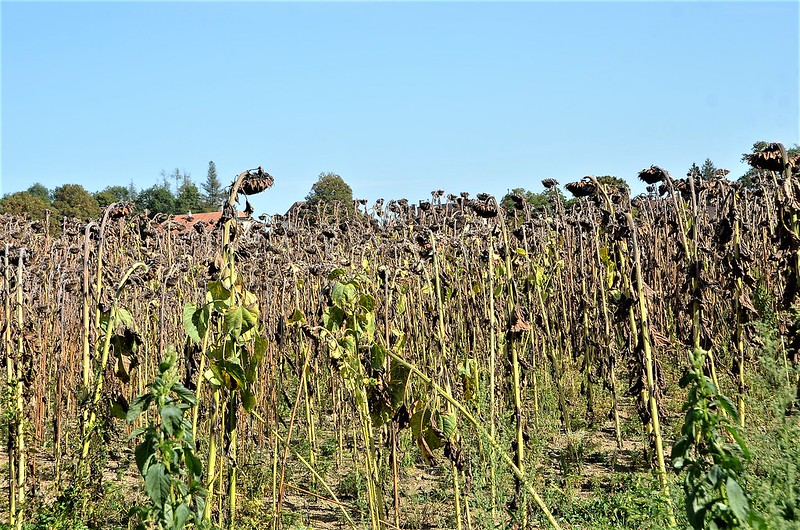 Another month passed and one day they were gone, cut down and harvested, just for their seed production. Sunflower oil is an industry and the only reason why so many sunflowers are grown on three fields. Their days of basking in the sunshine were over and I missed their sunny faces as we travelled to the supermarket. Perhaps there might be another occasion next year, but I do not think so. Agriculture means planting different crops, there is a season for everything.