Write some of the instruction manual for a time machine. 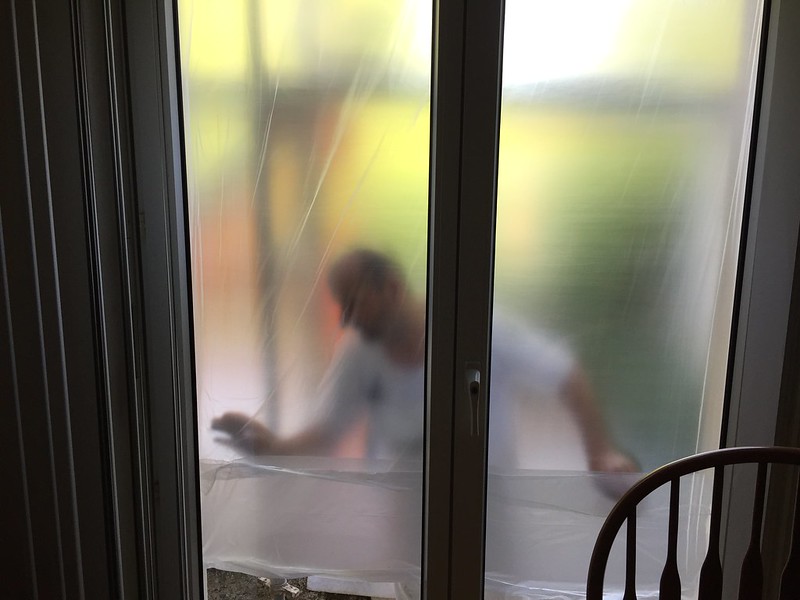 Our door kept jamming, we could not open it and so we called the repair man. It was a different guy because it seemed that our regular man had disappeared and no-one knew where he was. I must say the new man did look a bit strange and he was wearing a mask.

The first thing he did was to cover the windows because he said that if there was a draught it would make the work less effective. After five minutes he was finished and left closing the door behind him. He left me an instruction leaflet for the door before he went and a sort of remote control. He said all doors were now fitted with remotes and I should begin with pressing button one if I had problems.

There was a woosh and the door opened and I was standing in front of a guy with a gun in  his hand and cowboy hat. It was the t–shirt that bothered me with the words “Billy The Kid”, so I tried button 2.

I was knitting with a lot of other ladies and as the heads rolled from the guillotine everyone began to cheer and clap.

Button 3 was OK but it was cold in that cave and I really do not like earth tremors from the feet of dinosaurs.

Button 4 was my sort of thing as I  always liked fancy dress parties. It was the guy walking around with the head under his arm that put me off a bit, especially as I discovered it was not a costume.

I discovered the remote had a battery, and removed it and I was back at home.

Suddenly there was a knock at the door and the repair guy was back, and apologised. He said he had left the wrong remote and he gave me another one. And now I am in Athens in an arena with a fork in my hand and a lion licking his lips opposite and there was only one button.

Something is wrong here somehow.