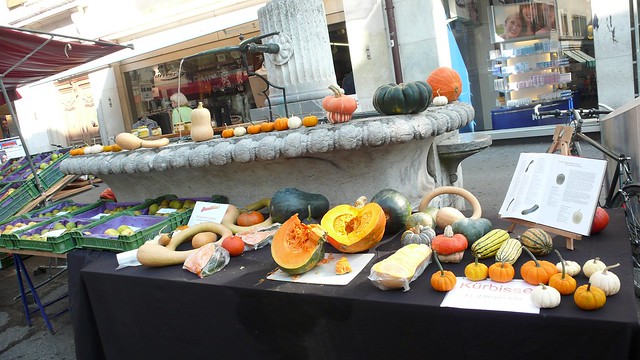 Some years ago I was in New York, as a tourist. It was then that I discovered a shop that was dedicated to halloween: everything was halloween. They had masks, ghosts and ghouls in plastic and even a doorbell that made an evil chuckle when you pressed the button. I must admit I bought one, thinking it would be a good idea to install when back home in Switzerland. I never really installed it and no-one would have laughed if I had.

Just imagine I am a halloween grinch, at least I have become one. The only halloween we might see in our area is perhaps a decoration in a restaurant, although only to look at. And now imagine I am inundated with telling ghost and horror stories and writing about halloween when I do not really know where to begin. Where I live we eat pumpkins as a vegetable, perhaps turn them into a soup. Our only concession is a carved pumpkin with a candle for the kids to have a procession, but nothing tricking or treating or making a big thing of it.

It is not lack of trying. Great Britain was also a halloween free nation until it was discovered that they could do it as well. In the last few years it has gained on popularity encouraged by the various commercial enterprises that realised they could earn money with it. And then it spread a little to Europe. Catholic countries had always had a hang to it, through their various festivals, but it was a no go in Switzerland. No-one was interesting in transforming their garden into a plastic graveyard, or decorating their home with ghostly articles. And so it happened that the whole idea was forgotten and you could get the various ornaments at half price in the shops, or even less. It was a failure and died a slow death.

I have nothing more to say on this, I have been scraping the bottom of my halloween bowl to find something to tell you that would be enterprising, but nothing happened. I do not paint my face with the colour of blood, nor wear false vampire teeth, When I look in the mirror I see enough horror. Tonight I will go to bed as usual, have my sweet dreams and not be spooked  or have constant ringing at the doorbell for tricks or treats. One mother here, who had American connections, tried it with her kids, but most people did not know what it was about, and even if they did they had not stocked up on various caramel skulls or sugar eyeballs, which were not even available here. I really felt sorry for the kids that were left standing with empty bags at the door.

So I wish everyone a happy halloween if they have a party and dress up, I will be dressing up in my nightdress. 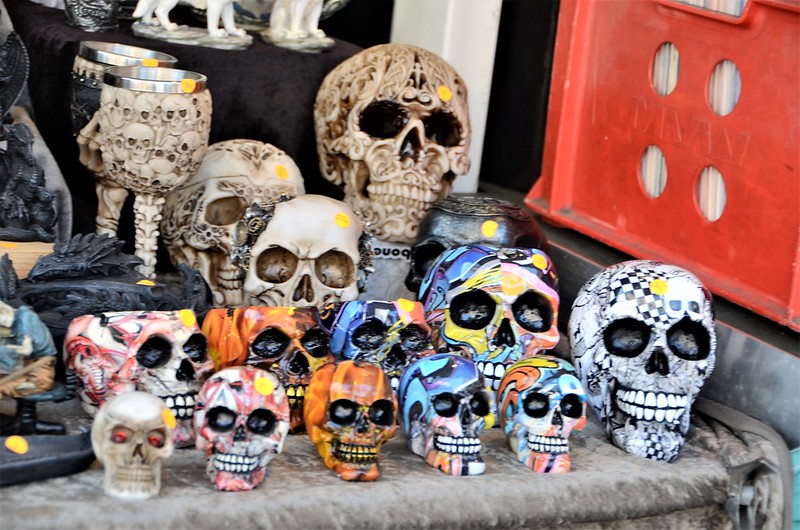