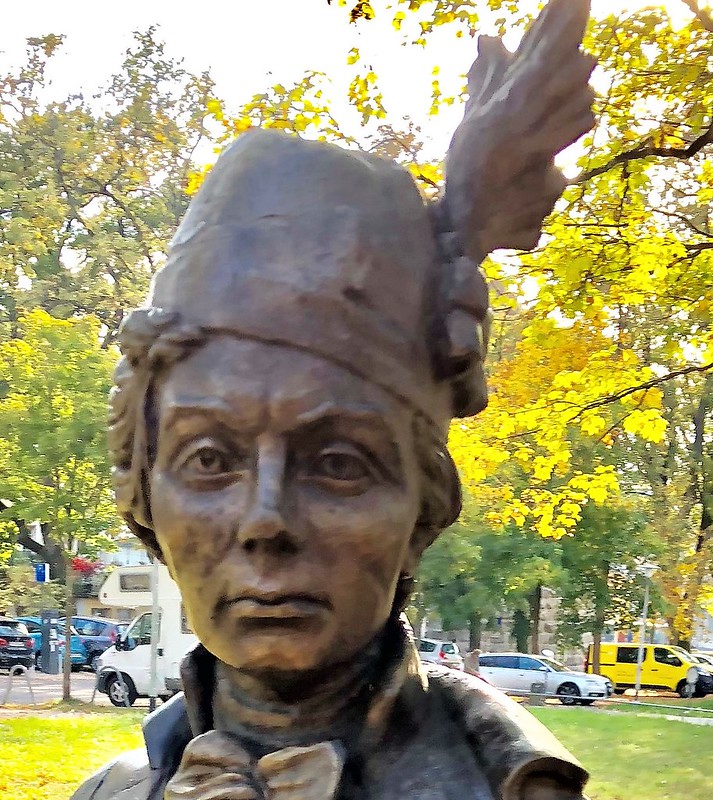 You’re going about your everyday life when you happen upon the perfectly preserved head of a famous historical figure. Who is it, and why is it there?

Everyday life does not exist in the days of a golden oldie. We have variations like going shopping, visiting doctors and wondering if you will survive until the next day.

I have Mr. Swiss to thank for the head of General Andrzej Tadeusz Bonawentura Kościuszko. I can hear you: who?? He was a Polish General and there is even a mountain named after him in Australia. His connection to our town of Solothurn was that it was his place of death. I am not going into big details about his life, you can read it all in our good old Wikipedia General Kosciuszko.

Mr. Swiss happened to be in town and notice that we have a new statue near our concert hall, so took a photo. I have not yet found it myself, but am still searching. He seems to have been some sort of super general in Poland and now and again we have polish people visiting our town on a quest for him. We also have a museum. Many years ago, in my first years in Solothurn, I was still unmarried, I visited the museum with a colleague of mine. It was in a large room in a very old building midst in town. 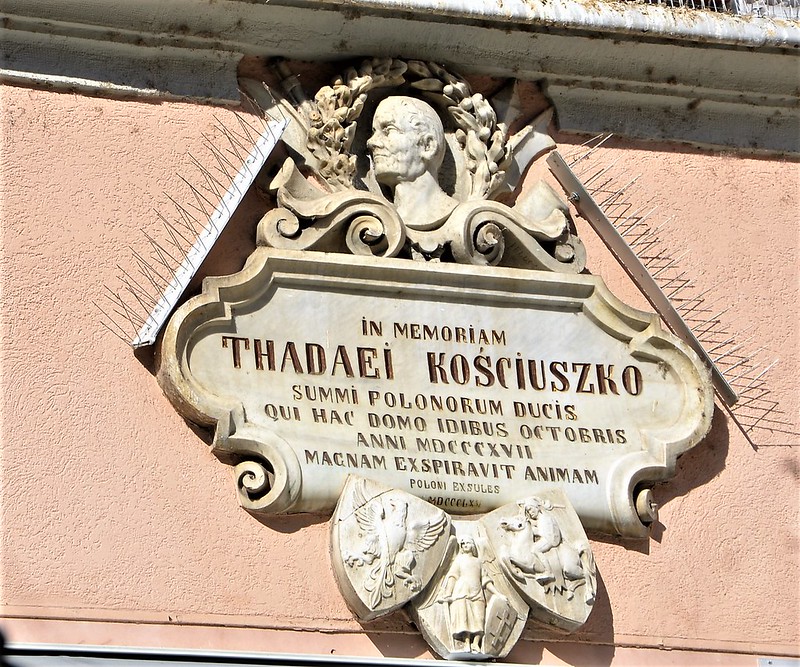 There is even a stone memorial on the wall of the building in memory of this famous Polish general. The museum is full of various items concerning his battles and written documents. I remember two very old ladies were caring for the museum. They were very dedicated and insisted on following us around explaining it all.

As if it was an omen, I now have a photo of his head (actually the complete body, but it is only the head that is requested). When I saw the photo I was quite impressed by the details, it was almost as if he was embalmed and not just carved out of stone. I have now been living in Solothurn in Switzerland for 50 years and the general died in 1817 in our town, so it took quite a few years to have him commemorated with a statue.

It seems that his embalmed body was deposited in the crypt of the Solothurn church. In 1818, Kościuszko’s body was transferred to Kraków in Poland where he now is.

Me,  have nothing to do with Poland. Born a London cockney, but we always learn something new don’t we?

Daily Inkling: A Head of its Time

8 thoughts on “Daily Inkling: A Head of its Time”