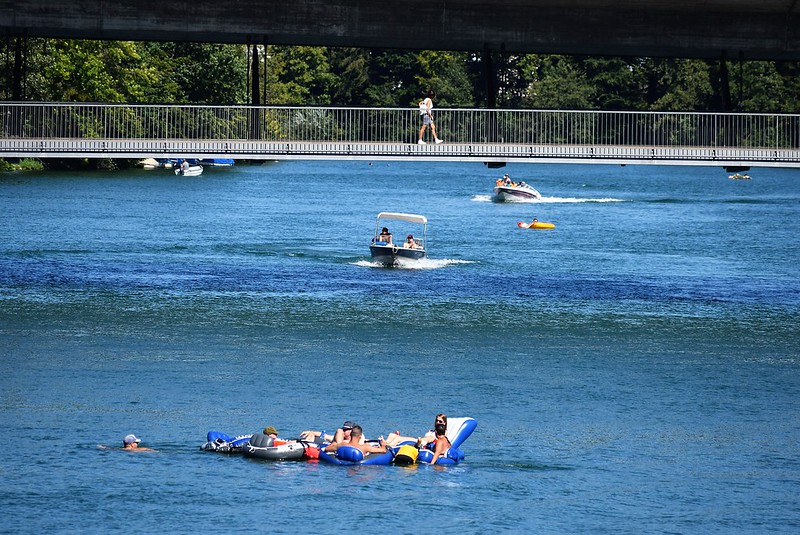 A wonderful sunny day on the local river. The group decided to hook their rafts together and float along where the river would carry them. The idea arrived the evening before during the party. The wine was flowing and it was a long night. They eventually decided to sleep at Joe’s place on the floor. The sun came shining through mid morning. Someone had the idea to take their inflatable rafts to the local river.

They were sleep starved but this did not matter: relaxing on the river in the sun was the best way to recover. Perhaps they should not have taken the bottles with them with the wine remainders, but they were still thirsty from the night before. During the morning a strong breeze developed. Fred had hung his shirt on a pole to act as a sail, and everyone thought it was funny.

And so they drifted along the river and were sleeping until they were awoken by the horn of an ocean liner.

Daily Inkling: The Wind and the Sail

5 thoughts on “Daily Inkling: The Wind and the Sail”