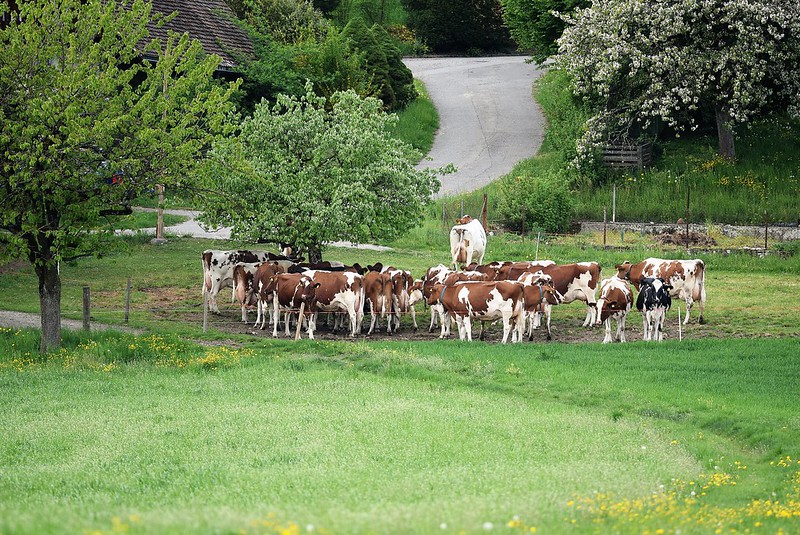 The cow population of Switzerland is approximately one and half million, meaning that there is one cow for every five people in Switzerland. We are surrounded by cows in our village, every spare piece of meadow has a few cows. One day the cows disappeared. I would take my daily wheelies in my chair to visit the cows and they were not there. I was getting worried and decided to stop eating beef. You never know if it was one of the neighbours you were enjoying for Sunday lunch when you chewed your steak.

The problem was solved when I met one of the farmers mending a fence on the range. Actually it was the field next to the local castle. I asked him where the cows had gone and told him of my problems with eating beef. Did he have a smile on his face in sympathy? He reassured me that they were all doing well and sleeping in the barn during the day. Temperatures were too hot for them outside when the sun was so intense. They had been transferred to the night shift and only let out in the cooler evenings.

As I wheeled past the field I saw proof that the cows were still here. They had left a mark to claim their territory. Even the flies were happy. 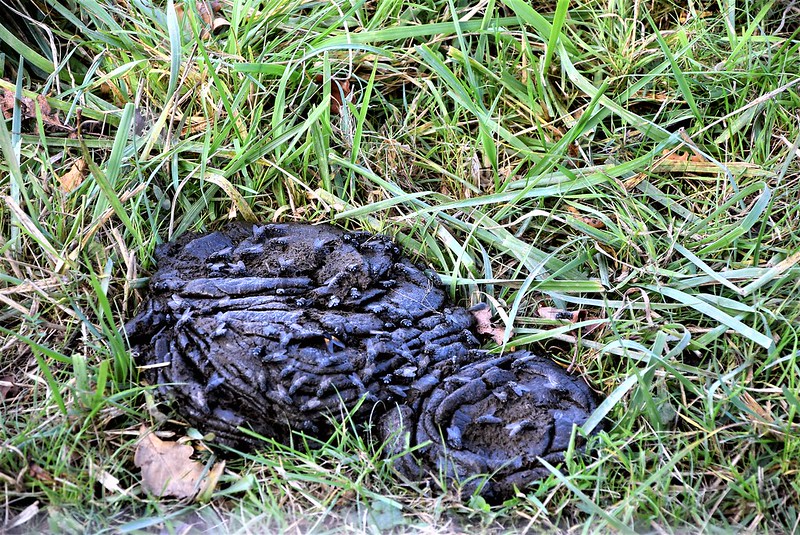