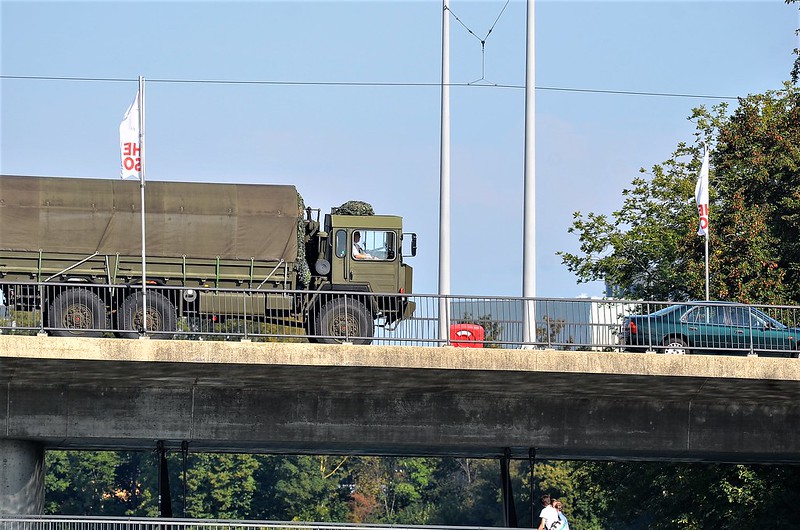 Truck, yes I have photos of trucks. Every time we go on a shopping trip I take a photo of a truck somewhere. Mr. Swiss said this morning on the drive to the supermarket that I am continuously taking photos of the same places, but little does he know. The places are no longer a subject of my photo, but the various trucks and tractors on the road. The truck in the photo is a Swiss Army truck, something special. Our army is a three week thing for the men. They all have their special trained jobs to do and some are truck drivers.

Every year they say goodbye to home for three weeks and report at the barracks. Of course we also have a full time army: a core of soldiers that serve as a daily job, but most are the guys you see on the streets and report for their army work every year. 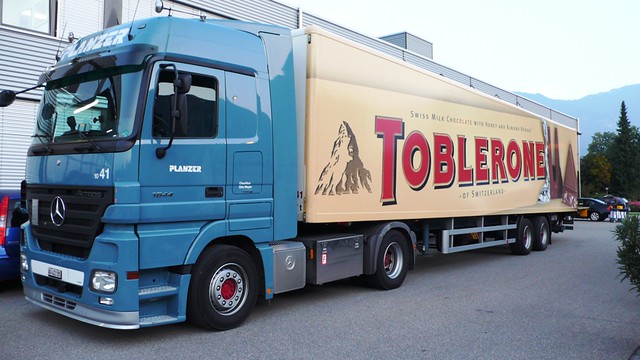 He worked for a truck company for many years, did the logistics and even went to Sweden a few times to see the trucks where they were made. Trucks were our daily bread I suppose. He could have taken the driving test for truck driving, but did not. He was a logistic person, in the office, but knew the ins and outs of the truck business. Theoretically he would know how to drive a truck, but sticks to the theory.