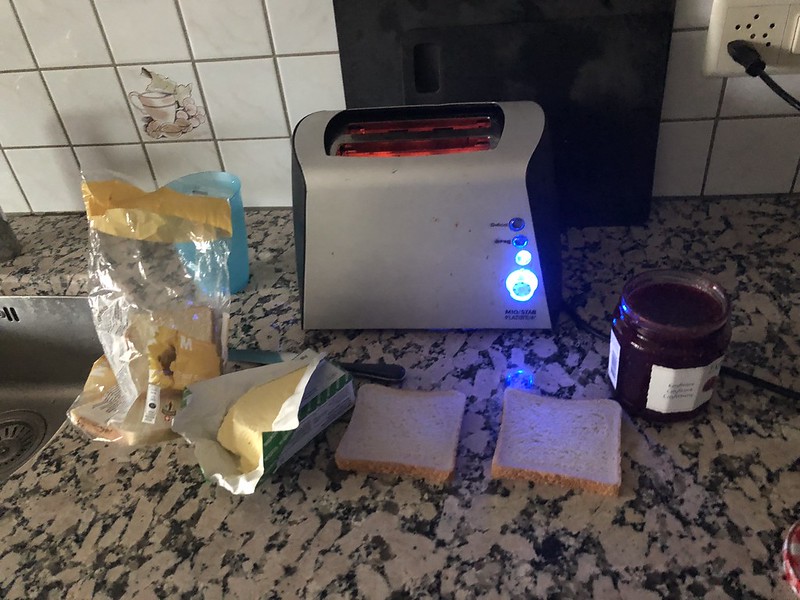 This is one of those mystery photos – where is the mistake? There I was looking forward to toast for breakfast. The machine was ready and I was ready, but the toast was still thinkng about it. No poblem, the golden oldie forgot to put it in the toaster, although the toaster was switched on. Getting older is not fun. So I dropped the toast in the machine but forgot to lower the cradle. I did it again and the result was almost two pieces of burnt toast rescued at the last minute. In the meanwhile Mr. Swiss was searching for his walking stick again. Yesterday he lost it twice. Once it was in the car in the garage, and the second time it was leaning against the garage wall. He has only needed to depend on the stick for a few months and is still learning. I am a professional of course, after walking by stick fo a couple of years, he will soon get the routine. 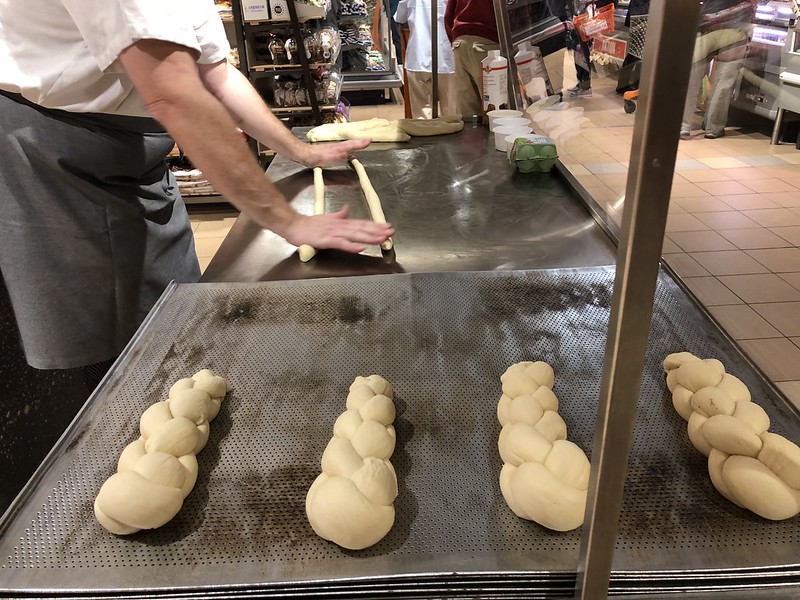 Yesterday was interesting in the supermarket. They have the bread baking part towards the back, but they decided to bring a table to the front for everyone to see. Most were admiring the work and walking past, but I naturally made a stop and took out my mobile phone camera for a photo. Mr. Swiss had already moved on and was waiting impatiently for me to finish my photo session. The baker was preparing our traditional platt bread that is a week-end custom in our part of the woods. I have made them myself in my younger years, but not as well as he could. 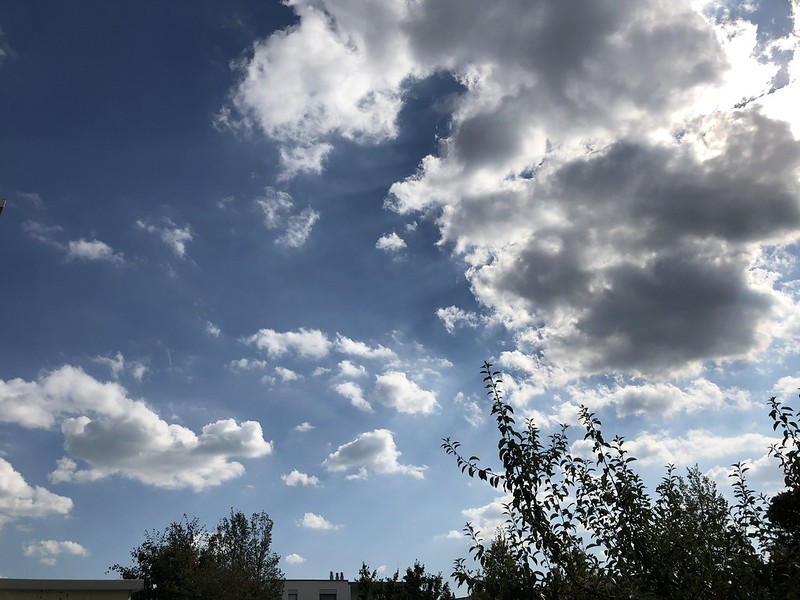 We actually got some clouds yesterday, the sort I like where they float in the sky with some good colour effects. I was sitting outside on the porch searching for inspiration to write and my telephone rang. It was Mr. Swiss, although I only saw his name. He was at the local hospital for a CT scan, nothing too bad, but I could not hear him and he could not hear me. This went on for a couple of hours until he arrived home. It was really frustrating and we both realised how dependent we are on having contact when you need it. Someone somewhere had pressed a wrong button. All’s well that ends well and now and again we have a telephone check to see if it is still working OK. In the meanwhile Mr. Swiss has found his stick, it was in the shower room.

I did not go places yesterday so did not see very much. I was thinking of visiting our local trade fair on its last day today, but now we have again high winds and a grey lid on the sky, so will have to see how it all develops. Wheeling around in a wheelchair is not fun when the weather does not play with you, especially if it rains.

And now to begin my master chef work. I decided today on a Hungarian goulash today for lunh, which is no big deal, but I like to get it cooking early in the morning for lunch time. I have a kilo of onions to prepare so it will be a tearful time. I bought a new supply of paprika so what could possible go wrong.

Everyone have a good day and enjoy. I will be back later with more tales to tell from the Swiss forests where the cows and chickens say hello to each other. It is pansy time again at the local burial grounds. 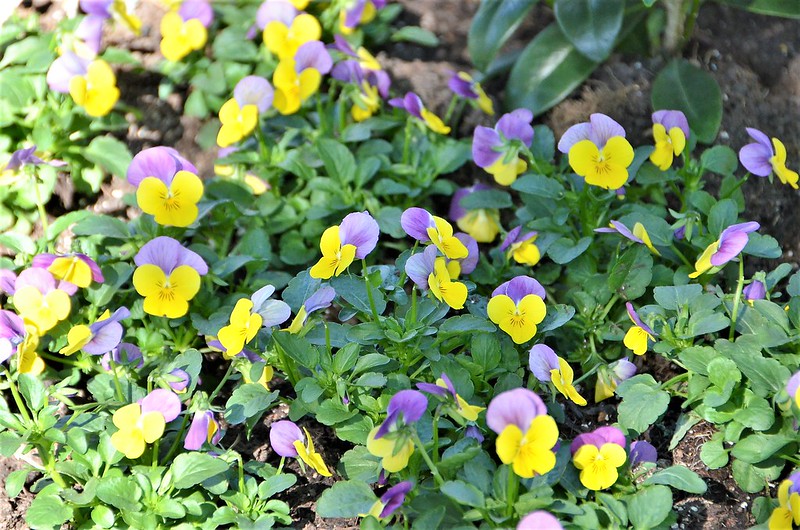