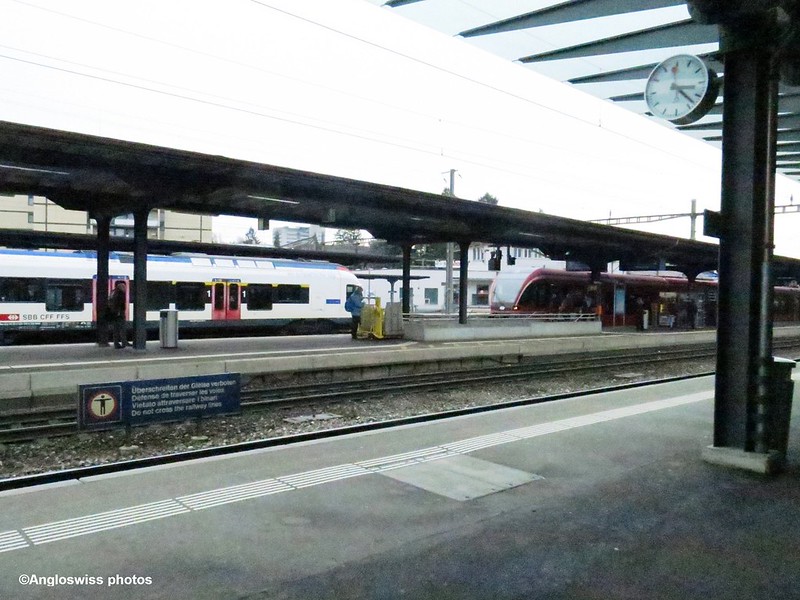 My arrival in Switzerland at the age of 20 (it was my 20th birthday) was not so spectacular, the only thing I had to surmount to get there was the train that I boarded in London Victoria Station, destination Folkestone on the Kent coast of England. I remember mum insisted on coming with me that far, but afterwards I was on my own. I could have done that bit on my own as well, but mum insisted, dad came as well of course.

The next part was surmounting the boat in Folkestone to cross the english channel, destination Calais. I arrived in Calais in the evening at 8,00 p.m. approximately. This was the night train speeding its way across Europe to arrive in Basel on the Swiss border at 6.00 in the early morning hours. I was now on my own in a different country with a different language, but still had a few obstacles to cross before going further.

As an immigrant with a work permit in Switzerland I was subjected to a medical examination by the Swiss medical police at the border. The clinic was opposite the station and only opened at 8.00 a.m., so another 2 hours to wait. I found a comfortable corner in the station restaurant in Basel and managed to stay awake There was a lot of overcoming and surmouting already completed, but there was more come.

I was subjected to a medial examination: lung x-ray and blood test to make sure I was not dragging any mysterious illnesses into Switzerland. They had taken my passport away and I was told to go and come back 2 hours later for the result. I must have been healthy as when I arrived again, after sitting in a restaurant for a couple of hours, again,  they gave me my passport. There was no “Welcome to Switzerland” or friendly smiles, the told me to go and so I surmounted my last train to Zürich where there was a job waiting for me.

This was  50 years ago, and I am still here. Must have been a successful surmounting experience.

4 thoughts on “FOWC with Fandango: Surmount”