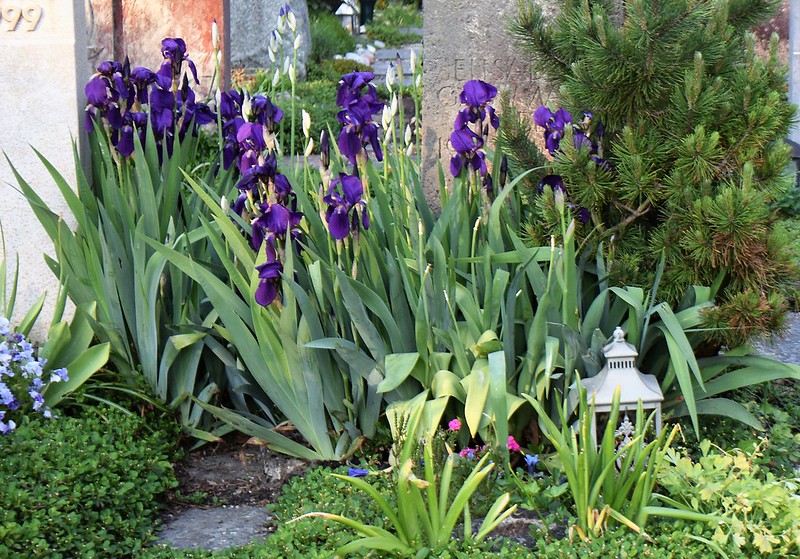 I discovered these on a walk through the local cemetery. 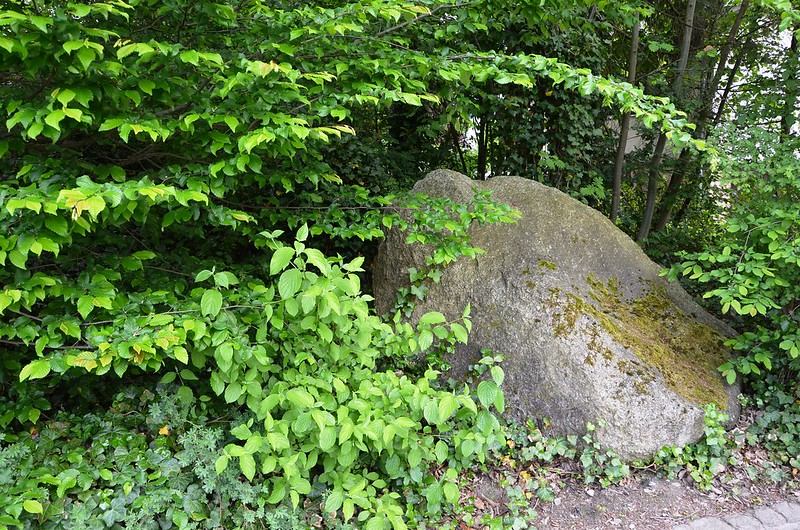 This is a so-called erratic block and it is in our village, just around the corner. Actually they are laying around all over the place in our area. Take a walk and at the side of the path you find a few mega pieces of rocks. It is clear that they were not put there as a comfortable resting place. It would need a crane to move them.

They are quite common all over Switzerland, but where did they come from? Were our ancestors rock collectors? Was it an attempt to copy the Egyptians in building pyramids? I am no expert, but our erratic blocks were left behind when the glaciers melted. that is why they are ofte compised of a stone type that is not common to the area where it is found, hence the name erratic, they lost the way. They were pushed along with the ice to other places: forgotton.

So sorry to disappoint that I did not tell you of my erratic gift of changing my mind, it is a woman’s prerogative to keep people guessing. I sometimes forget myself what I actually want. 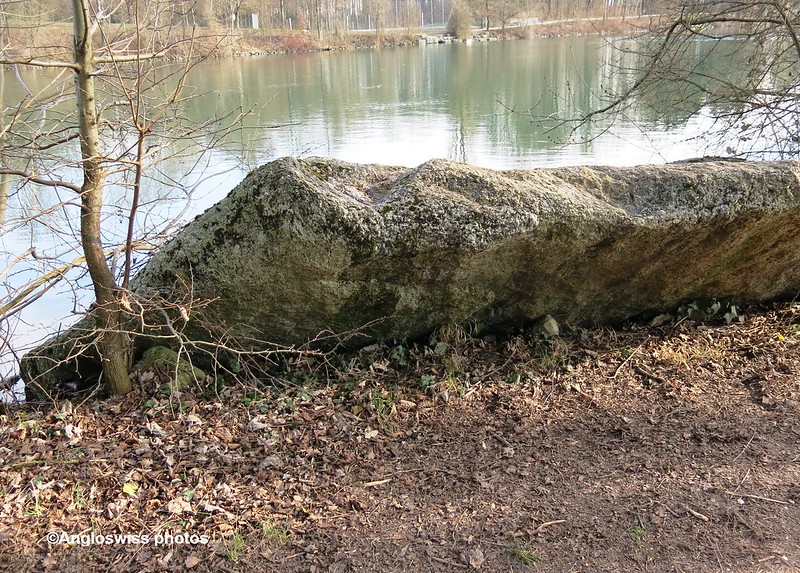 And here is another one on the bank of the local River Aare. Mr. Swiss tells me they have little shields on them to define that they are really erratic. There again, I cannot be erratic, I have no shield, just a few scars and broken bones from my erratic ways of walking. 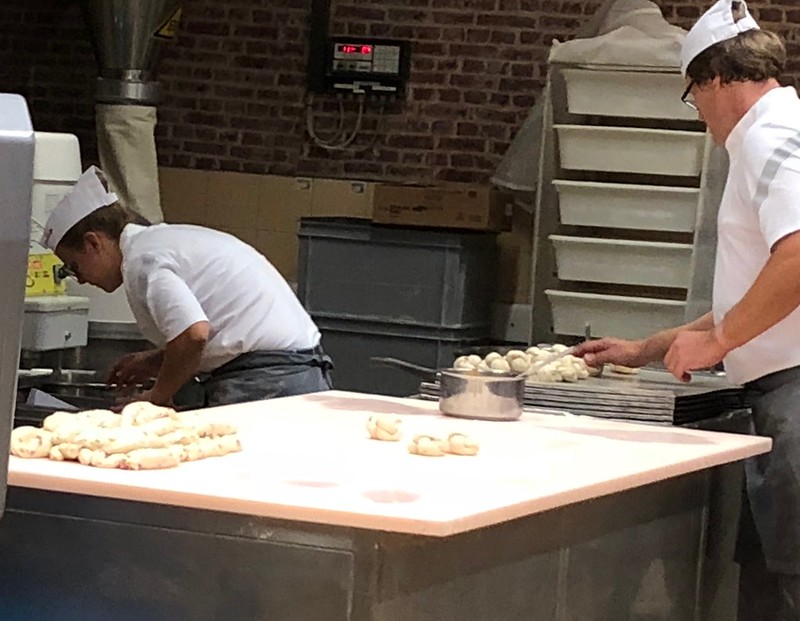 Not exactly a  feast, but it has become a new idea in the supermarket to sell the bread as fresh as possible: at least most of it. Also the smaller pastries are   prepared daily. It is all organised behind the shelves for everyone to see.

Usually two men, bakers, have their pile of pastry and form the various objects that are sold. Afterwards it is baked in the ovens and put fresh in the store for selling. It is quite common that the bread is still warm when I buy it in the morning, so what could be better. 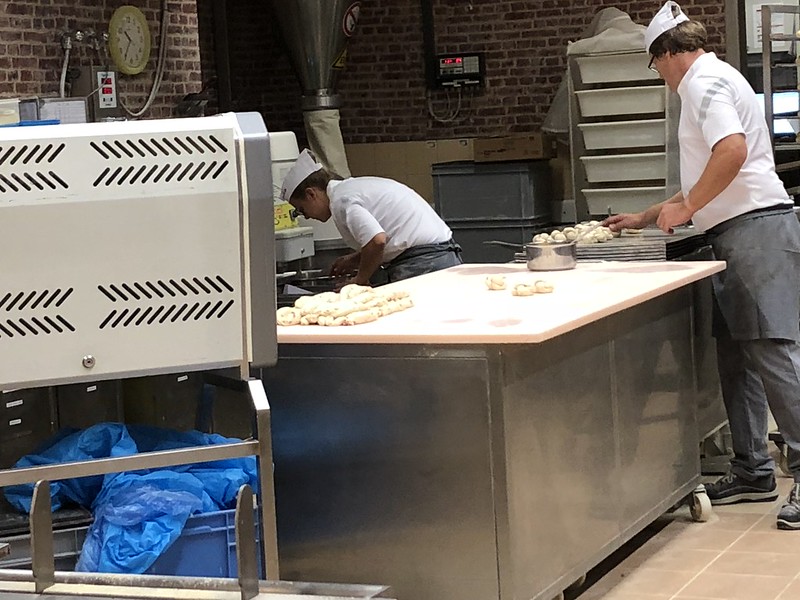 With a more distant view of the baker’s section, the seem to have a computer terminal on the left and leaning on the back wall there are the trays with the finished product waiting for the baking. I always thought that bakers had to stop hugging their beds at least at 4.00 a.m. to get the bread prepared for the morning sales in the baker’s shop.  That now seems to be a thing of the past and I must say the bread tastes just as good, even if it was 10.35 a.m. 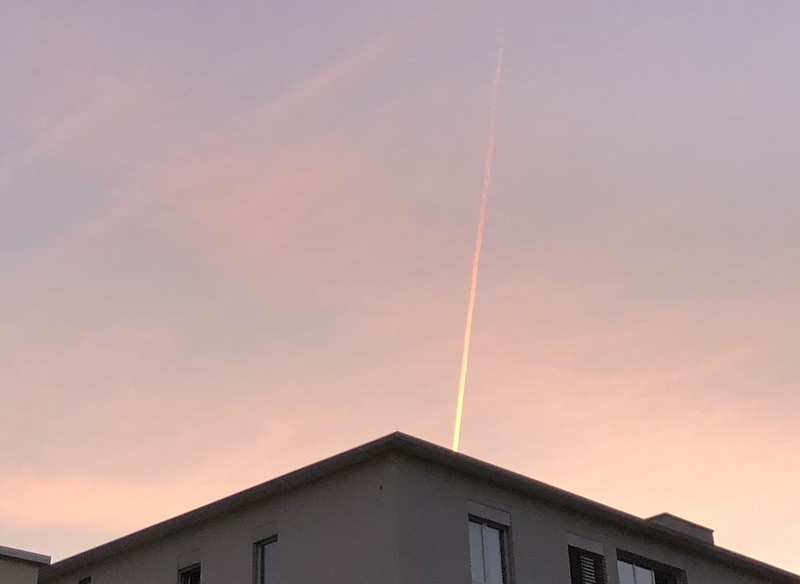 The evening sunsets compensate for the boring steel blue skies in the morning, at least you get an interesting photo. Yesterday evening I was savouring the last moments of the day outside on the porch with my computer – and camera – and looked up and saw this. Actually it was much better, as I could see the plane at the front making the path in the sky. Not being quick enough, I only managed to capture the yellow streak as the plane disappeared behind the building opposite. Could almost imagine it was a falling star.

Otherwise, what else has happened in my average life – not very much. I decided against a tour yesterday afternoon and preferred to relax at home, although not quite. I had a few bits and pieces to tidy up on my computer as there is always something new. Cee, our wonderful challenge person, is now on reducing the hard work she did for the various challenges and others are now taking over some of the challenges. This is perfect, but I was organising the various templates I had to fit the new challenge people.

It was then I realised that I knew them all already. I have been blogging on WordPress for 10 years and you get to know the regulars in between. At the beginning I just used it as a backup, but my main site went out of existence and I chose WordPress to be its substitute. After all those years, names of other bloggers get familiar. After all, it is not only about I, me and myself, but I like to see what the others have for ideas. We are a mixed bunch, but a good bunch and it has become my sort of extended family, although I do have a private life as well. I just make rules on the time I spend on here. Mornings are for housework, afternoons for a tour somewhere with my wheelchair perhaps, and early evenings for blogging and uploading photos and the rest of the day, if there is one, for reading.

As you can see I am always busy doing something. 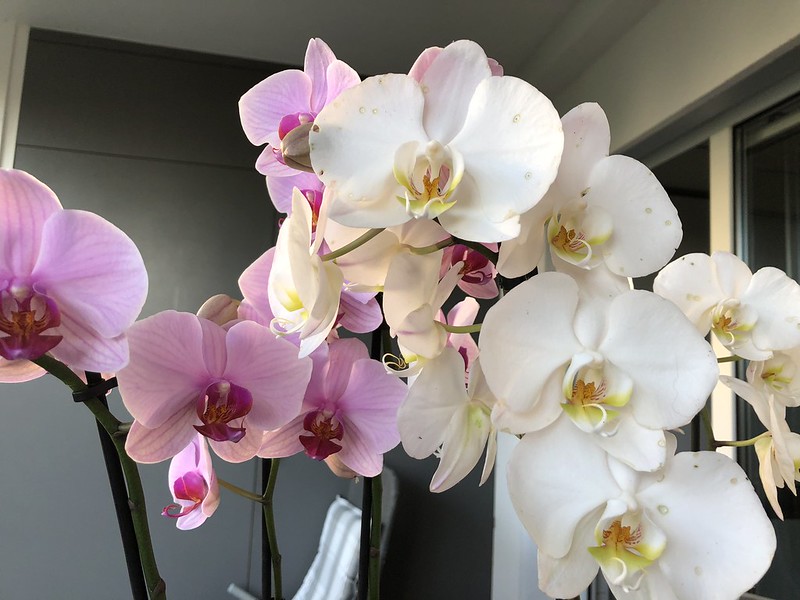 I am gathering orchids again. I used to have them as constant companions somewhere in the appartment. They do not cost so much and you always  have beautiful flowers for a few months, before they eventually give up. I have had the white one for at least two months and the pink one arrived two weeks ago, courtesy of Mr. Swiss. He goes shopping on his own now and again, and sometimes brings me something home. I told him to give up on the chocolate, although I loved it, but it was not exactly in line with my diabetes. Now he brings me an orchid now and again.

The problem is that orchids need light and air and in the appartment that is OK in the morning but afternoons the blinds and curtains are closed to keep out the heat of the midday and my orchids are then gasping for breath, so I now still have them on the porch now and again. When the nights begin to get low temperatures I will remove them to the inside again, as there will then be no danger of living in shadows – I hope. 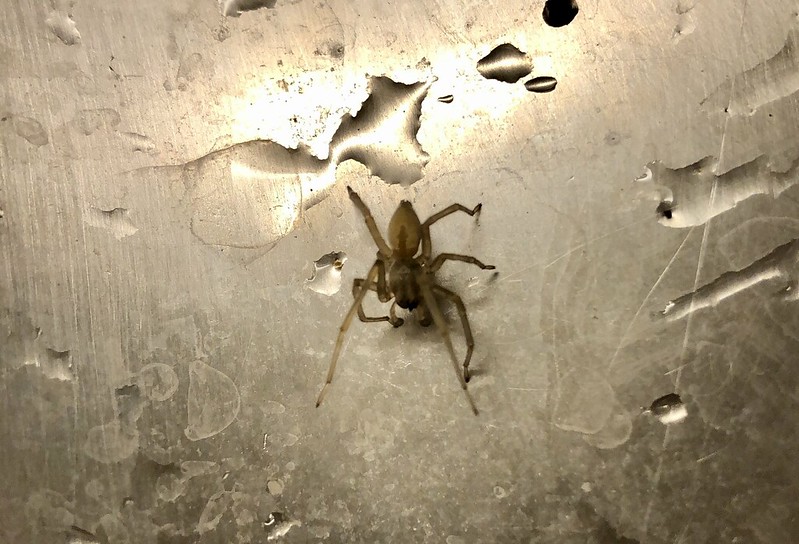 Even orchids have their passengers, and this little spider crawled out the last time I gave them water. He was the successor to the earwig who left us on a journey down the drain in the sink. I did not qute know what to do with this spider, but Mr. Swiss said it is only a spider, so I told him to deal with it. He did, but I asked no further questions. I know he does not kill spiders so it was probably put outside, I hope.

As Autumn is now creeping nearer. I will close today with a glimpse of what it has to offer. This morning there is an excursion to the supermarket to stock up on food so I wish you a good day or night. See you around. 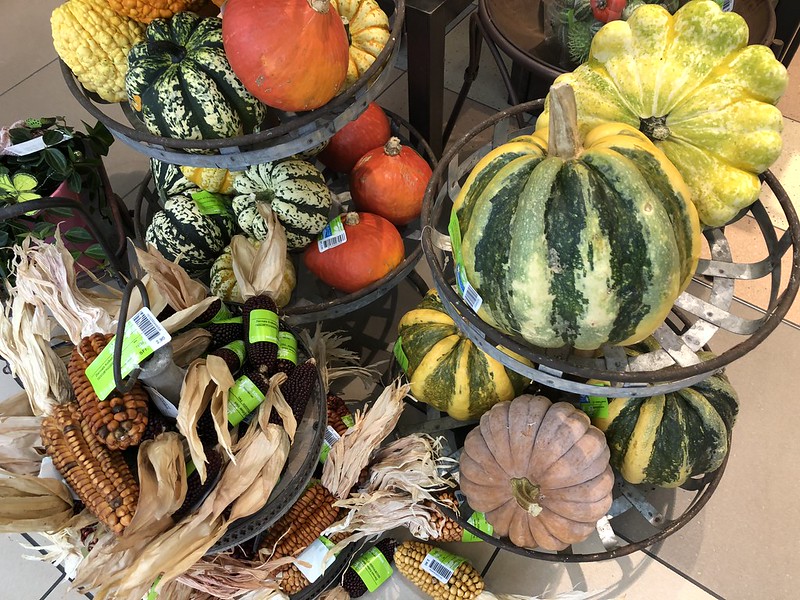