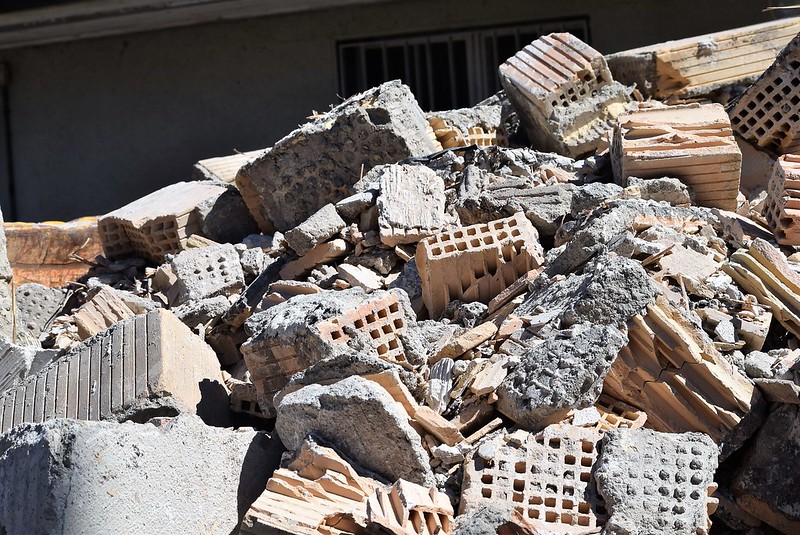 One man had a drill and then he bought a hammer
He was bored, was looking for work and needed something with glamour
Other men were destroying walls and so he joined in too
Now he was quite happy because the brick pile grew

The quarry of stones was growing, they were piling up too fast
It was then he found a crane to remove the eternal blast
And so he got a concrete mixer to build them up again
The problem was they didn’t fit and then it began to rain

The concrete got so very soft the bricks all fell apart
He decided something must be wrong, and it needed a new start
The hammer and the drill were now buried under the bricks
Now he applied the crane to do a very quick fix

And then he forgot what he was building
Was it a house or was it a wall?
He decided it did not really matter
As long as he was having a ball

There is a moral to this story, if you find a drill or hammer
Foget it all completely, it really has no glamour
Just stick to normal life instead of quarrying around
Best of all just buy a tent and stick it in the ground.