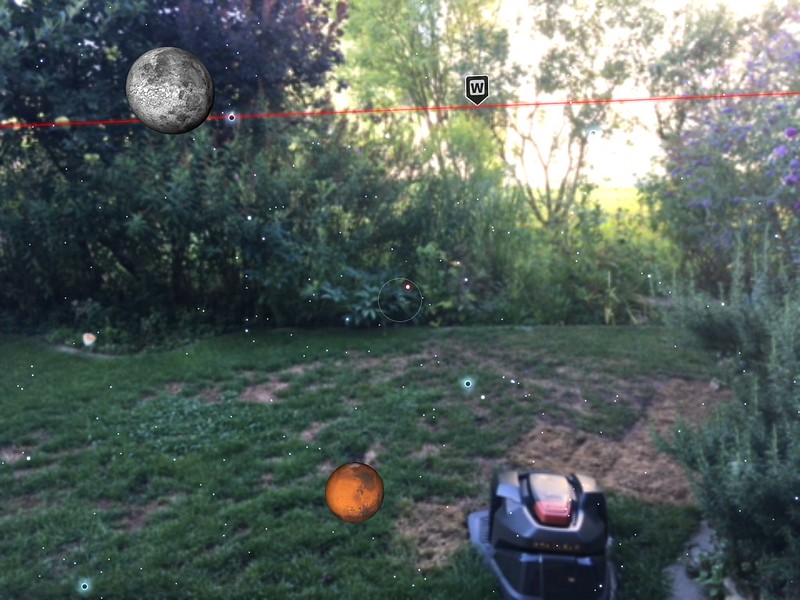 Blue skies today and plenty of sunshine, meaning that it will be another hot one with no rain. I took a photo with a difference using my nightview App on the mobile phone. This time I kept the background. The moon and planet Mars are both in the photo and the object at the front on the right is not a satellite, but my garden Mower parked in his corner. I usually tune in with the night sky in the backround, but this time I kept it to the realities. The planets and stars are always there, even if we do not see them because of daylight. There are also a few dots with a blue circle around them. That is some space garbage of rocket bodies still hanging around, or might even be a satellite. We have weather satellites and space stations as well as a few spy satellites and a few scientific ones. Not only Big Brother is watching you but the sky is keeping an eye on you.

As you can see Mars is quite near to the Moon, although naturally quite a distance apart three dimensionally speaking. A few days ago they were quite near each other, which also coincided with the moon eclipse. 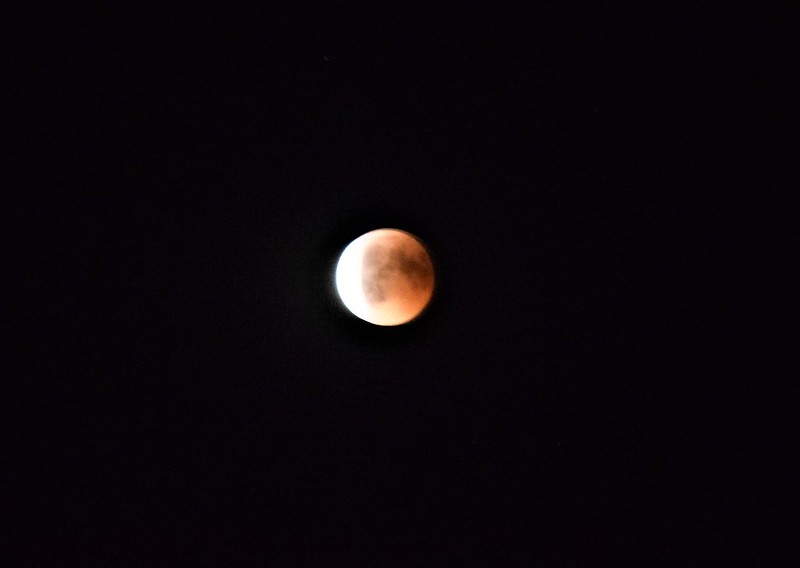 I was sitting outside in the garden up to 11.30 p.m. and was snapping away with my camera. I took about 30 shots, but only a few were good enough to see what it actually was. This photo shows that the sun’s reflection was again arriving on the lefthand side. Mars was a light point on the bottom right, but to get a close enough view of the Moon and Mars I did not have room in the picture frame. 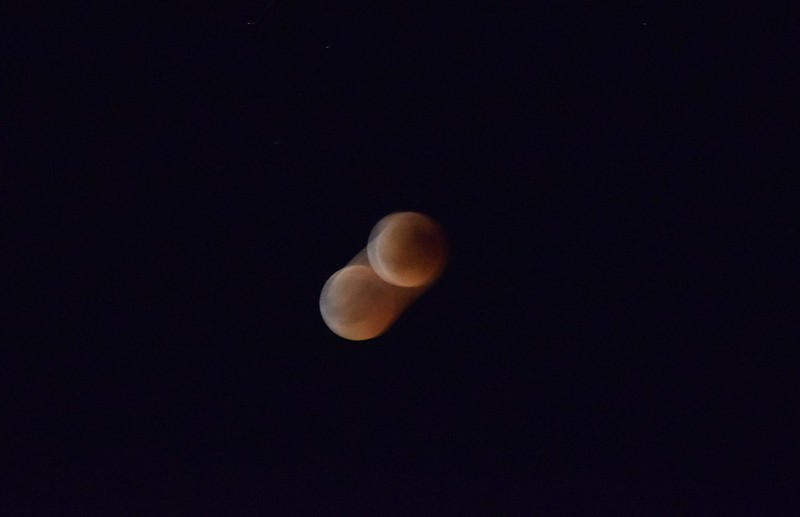 This was one of the reject photos and not two moons, but the camera was shaking. I kept it because it was the only one good enough to show the red moon as it was at the beginning. I am not the perfect photographer, but it was an event that I will probably never see again in my lifetime.

And now back to the daily life, although the moon is still there, as well a Mars and the other planets. They just circle around. 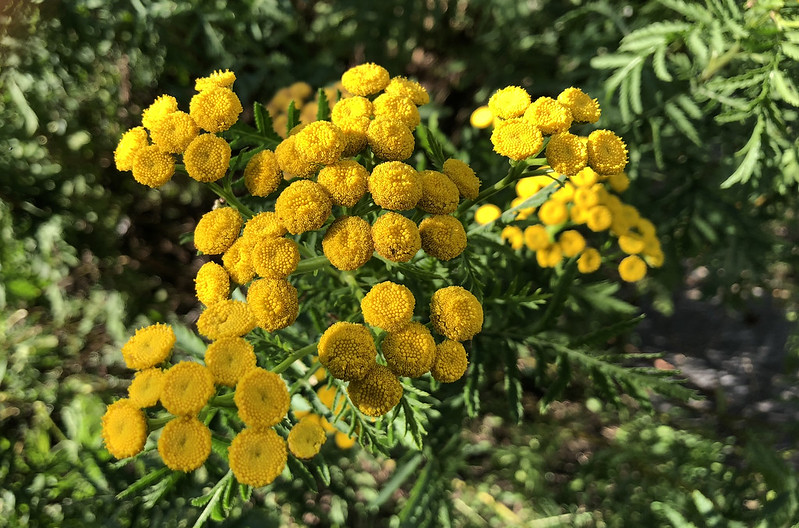 The tansy is now flowering in my garden. Some might call it a weed, and you often see it growing next to the railway lines. It is apparently quite good for the ground and I bought some on our market a few years ago on a special stall where a guy has various herbal plants. My ex neighbour, a year ago, decided to tidy up the natural meadow we had and my tansy was growing on the border, so I awoke to see he had chopped it all down before it had a chance to flower. After a discussion, full of apologies from the guy who was convinced everything that grew if it was not a rose, was a weed, he bought me replacements. He really did a good job. At least 10 plants and now they are all growing happily at the edge of my garden. I suppose sometimes you have to be cruel to be kind. 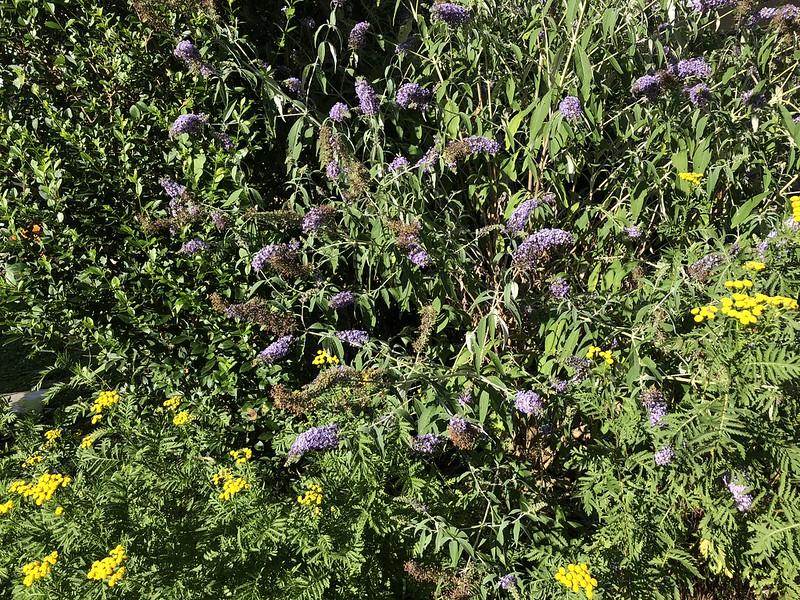 They are growing in front of my blue buddleia which gives a good contrasting colour. The nice thing about those plants is that they return every year and I do not have to do anything, they do it all theirselves.

Today would be a shopping morning for me, but I am confined to home until this afternoon when I can remove the bandage from my altered ear that will now have an interesting scar. If you fall then do the job properly to ensure that you have something to remember afterwards. Mr. Swiss has the shopping list and he will be solo this morning at the supermarket, so ladies do not get too excited. We are still connected by mobile phone.

I now have to move on, the apartment does not yet clean itself, although Mr. Swiss did say I should take it easy this morning. He has everything under control.

See you around, I do not plan on any accidents today, but with me you never know. Have a good start to the week and make the most of it. Keep well and safe and watch where you walk.

Another photo from the garden: 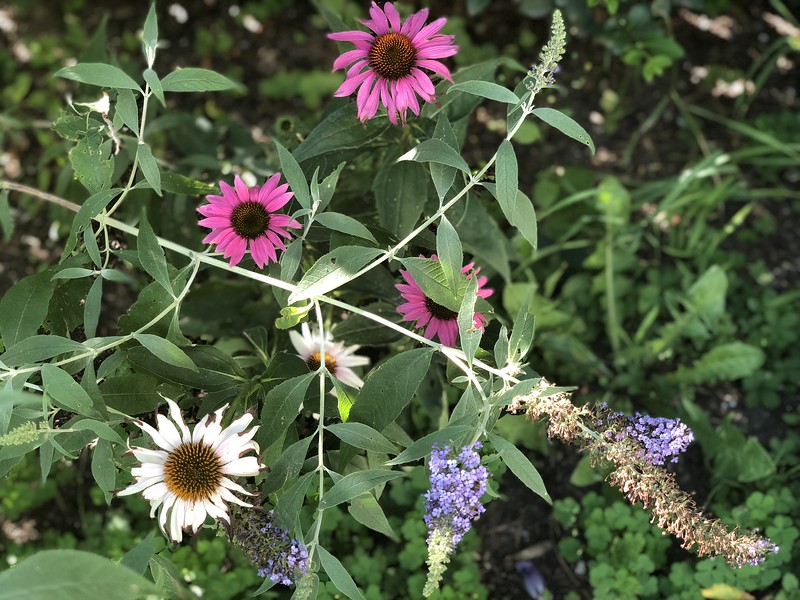