We have heatwave temperatures of 31° C and the sun is shining, but where is the moon? Oh yes, it is there, it is always there and tonight it has company. 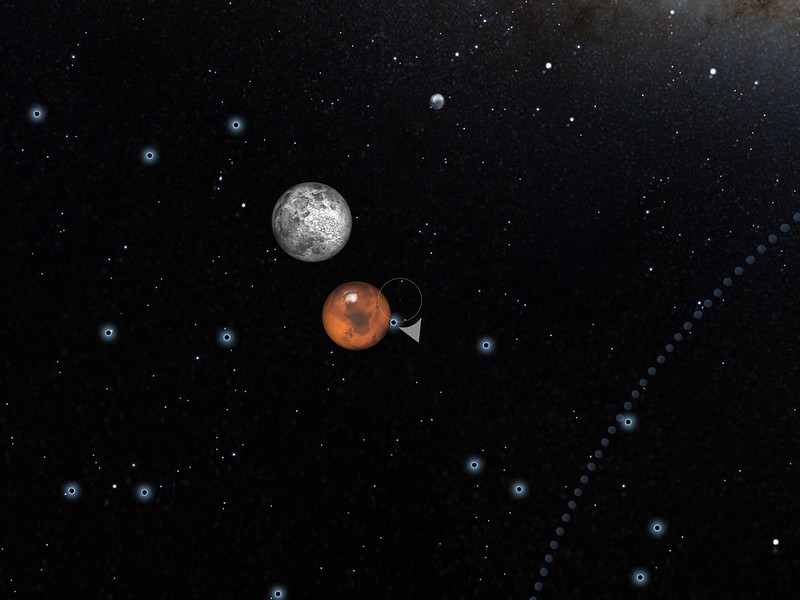 Mars has decide to join the moon.

“It is all fake news”

“Stop complaining moon, you are hanging around every night expanding and shrinking. It is all an optical illusion. Even tonight you are not bigger than usual. I am Mars, and not just something circling around another planet, and twice as big as you are and I have two moons.  Tonight everyone will see the truth because I will be next to you.”

“Two moons? If you mean those two lumps of rock with the names Phoebus and Demos, then forget it. A human could walk across one of them in a day, well perhaps two days. No way Mars, it will just look like you are one of the big ones. You are spoiling my show. I would have been a blond moon and down on Earth they would be celebrating my appearance with photos in the newspaper and films on their TV. You know I get all the TV signals up here. Now I am just stuck in your shadow. I would have been a vampire’s delight.”

“All a myth. You are just an experimental object for humans to aim for with their rockets.  How degrading to have flags stuck into your surface and footprints from humans. I am untouched, no-one lands on my surface. Now and again I get a few machines and robots, but I remain spared from human footprints. Tonight we will be side by side. Make the most of it, the sun might not even be burning the next time I arrive.”

“How long to you plan to hang around?”

“No idea, and if I did I would not tell you. Huh, just a mere earth moon is nothing compare to planet Mars, they even named me after a the god of war.”

“Just one big show off.”

And so they departed on their own orbits afterwards, never to see each other again perhaps. I took the photo from my Nightview app on my iPad.