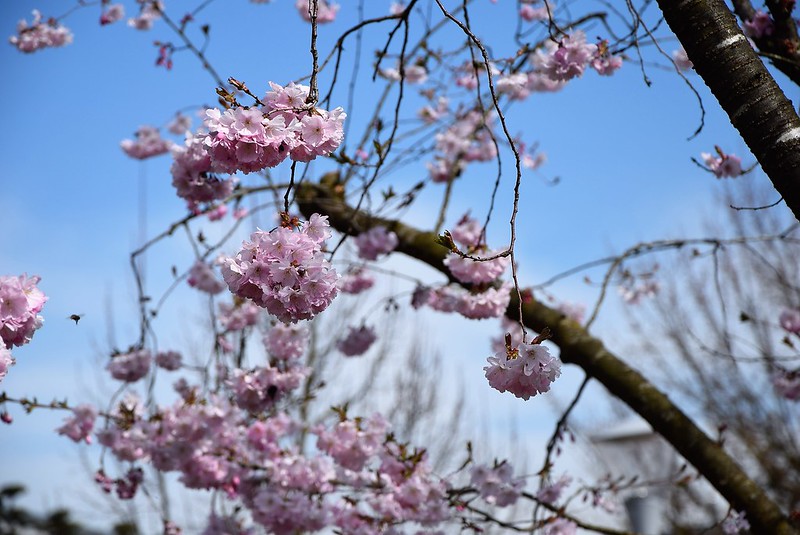 The wonderful trees that flower in April, Spring, and after two weeks there is nothing left to see. 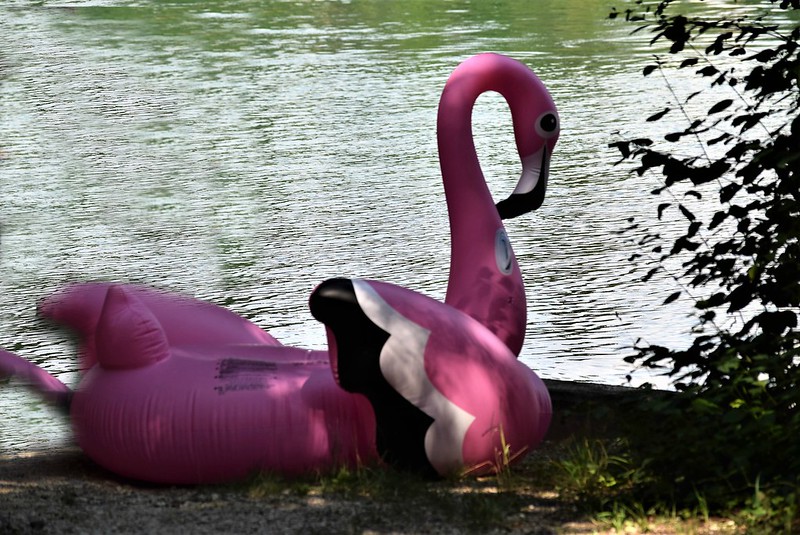 Take a walk along the local river, turn the corner in the path and “ZING” was my first reaction. A giant sized pink flamingo on the banks of a Swiss River?  I approached, but he remained and did not say a word. He looked quite smart in his pink dress.Then he slipped into the river, waved with his enormous wings and floated off to the land where the flamingos swim I suppose. I did see a small label on the bottom of his wing, I was sure it said “Made in China” but I thought that the pink flamingoes were at home in the States. Perhaps it is all due to the climate change and they are now settling in Switzerland. 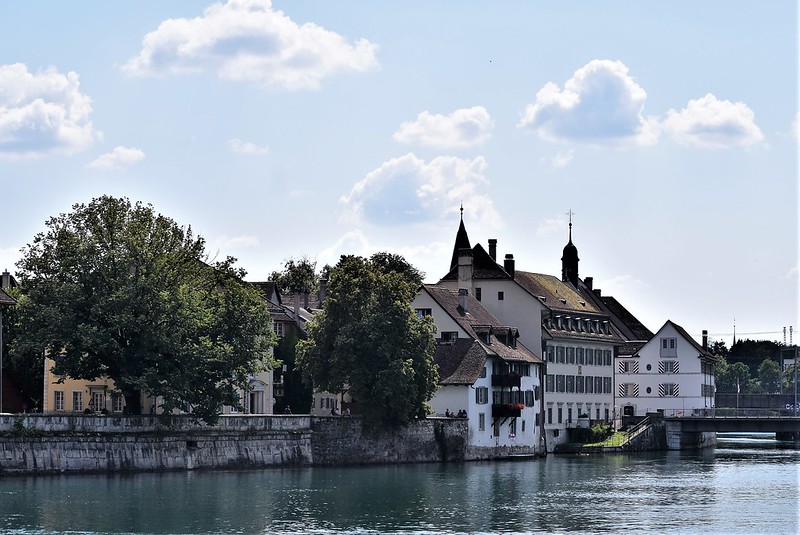 Yesterday I did it. After touring around locally in my wheelchair I went into town. I have visited various outside parts up to now, but I had not ventured into the core of the town of Solothurn, the old original part. The streets have been cobbled in the meanwhile and I was wondering how my steel horse would manage with the bumps, but it went quite well. 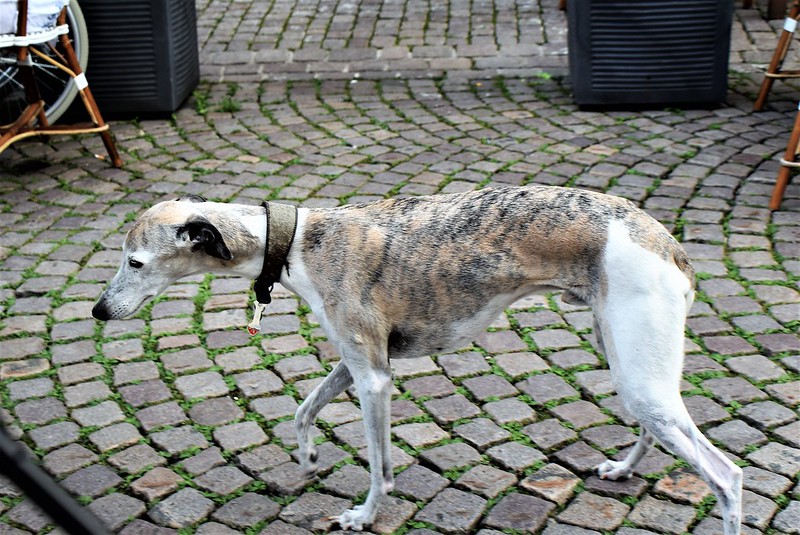 Silly me did not take any photos of the paving, but a lady was going for a walk with her whippet dog in town and she proudly let me take a photo, so you can see what I had to contend with on the surface. The dog had no problems, neither did I. I just had to get used to the best mehod of travelling over the ups and downs.

Actually I was quite proud of myself, and now there are no holds barred. I can go everywhere and see everything. The old town of Solothurn has no traffic on Sundays, which was even better: just a few arrivals at hotels with taxis are allowed and they are few and far between. 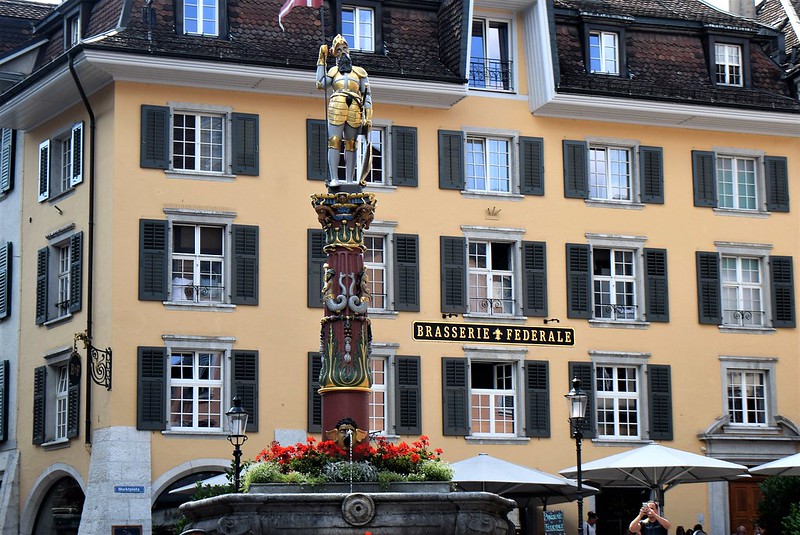 It was good to get a little closer with the camera to various objects. This is the St. Urs fountain on the main square in town with a restaurant building in the background. Solthurn has 11 fountains, all in the same decorative style but I must admit I do not know which one is which. Solothurn has 11 of everything. I do not know if it was coincidence or by chance, but it is called the Solothurn number. By the way this is the fountain where the students are christened when they get their names. My son was one of them many years ago. It was Saturday evening. He arrived with the other students in a procession dressed in his bathing trucks and with a dressing gown. Afterwards there is a sort of speech and then he is pushed into the fountain and he got his student name. He joined the students union from the high school when he was a teenager. Today he is 44 years old but is still a member. There are some things a mother does not forget. 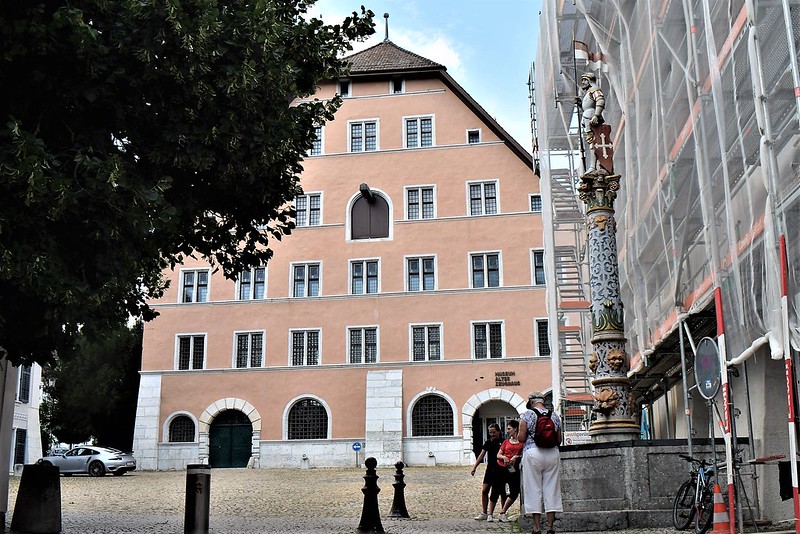 I think this is the Mauritius fountain which is in front of our old armory building. The building is now a museum with various old weapons and suits of armor  showing relics of the various Swiss wars. There are always tourists somewhere in the way when you take a photo. 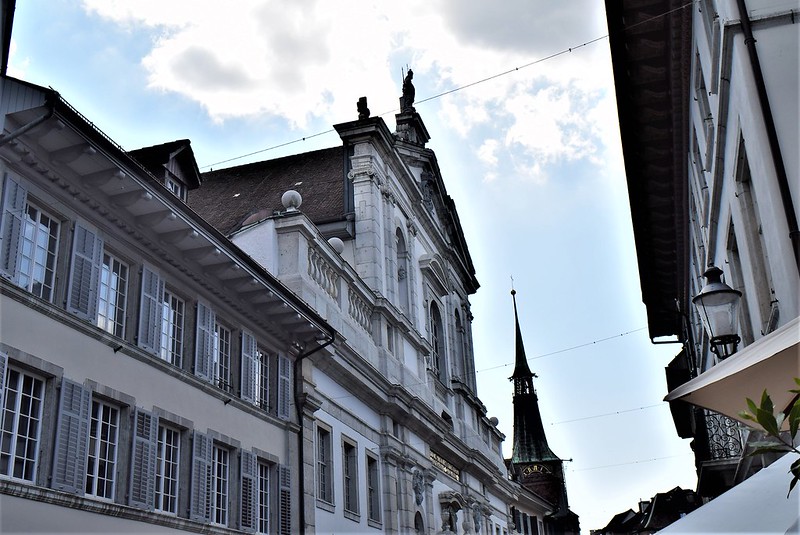 Being an area where the Roman Catholic religion is predominant, we have many churches, as well as a cathedral. I often wonder how they managed to fit them all in in the small spaces available. 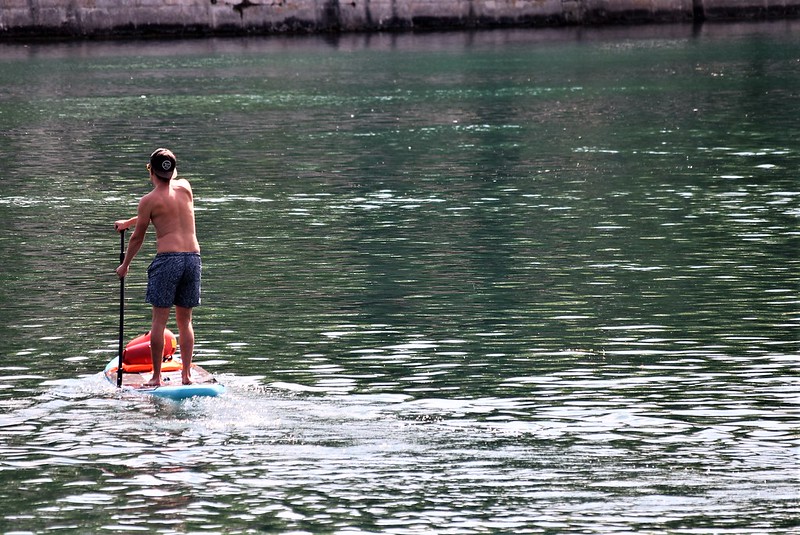 There were many people taking a swim in the river, or floating on their dingies. I never realised how the river is used so much in the summer months. There seems to be a new transport method: something like a big water ski to stand on with a pole to move it. I saw quite a few of these on the river, and this was in the middle of town. 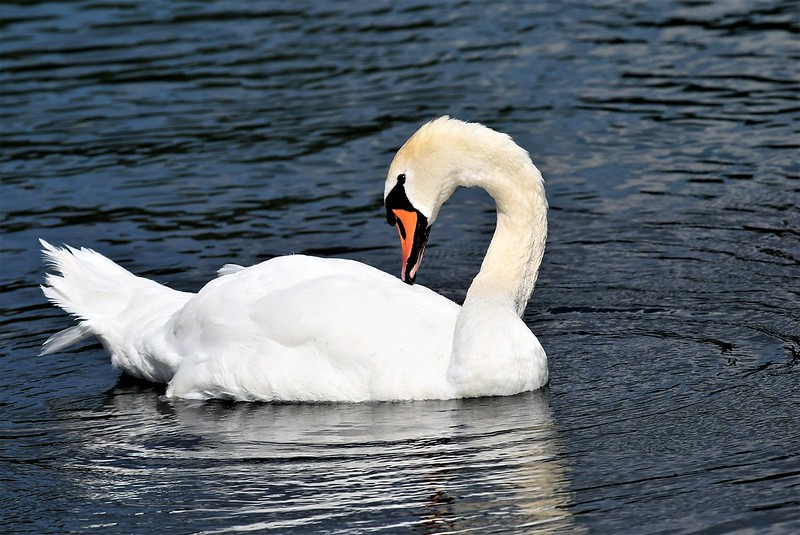 I wheeled my way home along the river path as my village is the next one along and I decided to combine convenience with a some photos. Ducks were scarce and I only saw a pair of swans. There were so many people campint on the river banks and swimming in the river that I think the ducks decided  to leave the humans to it.

I eventually arrived home, parked my wheelchair and spent time on the computer with various blogs and uploading the photos of the day. Mr. Swiss began to water the garden and we noticed it was raining, so that was another job saved.

Today is again a nomal Monday. No. 1 son is back and had his first work day after two weeks holiday. We have a shopping trip to enjoy and who knows, perhaps I might be on my way again this afternoon, but it will be somewhere around the village. 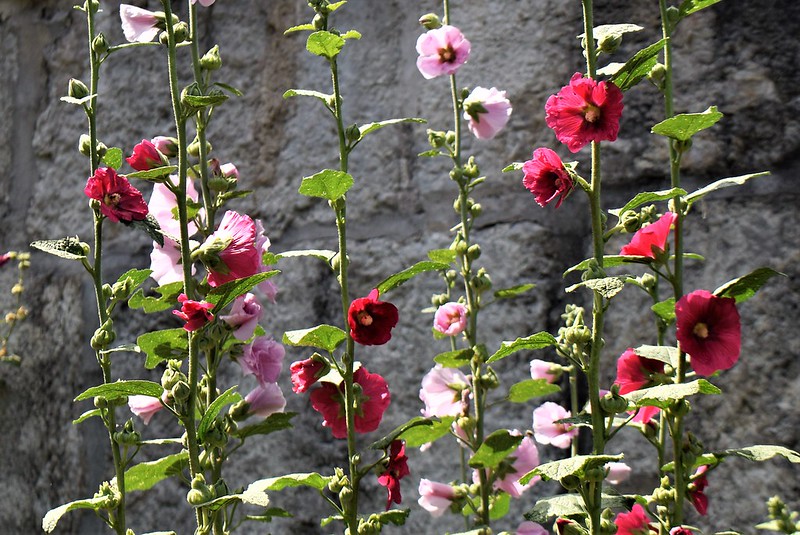 I noticed the hollyhocks were flowering in the garden at the edge of town in various colours, so of course took a few photos.

And now I really must go, there is work waiting to be done. Even golden oldies have to do something with the day. I trust you all have a good beginning to the week, see you around some time later.