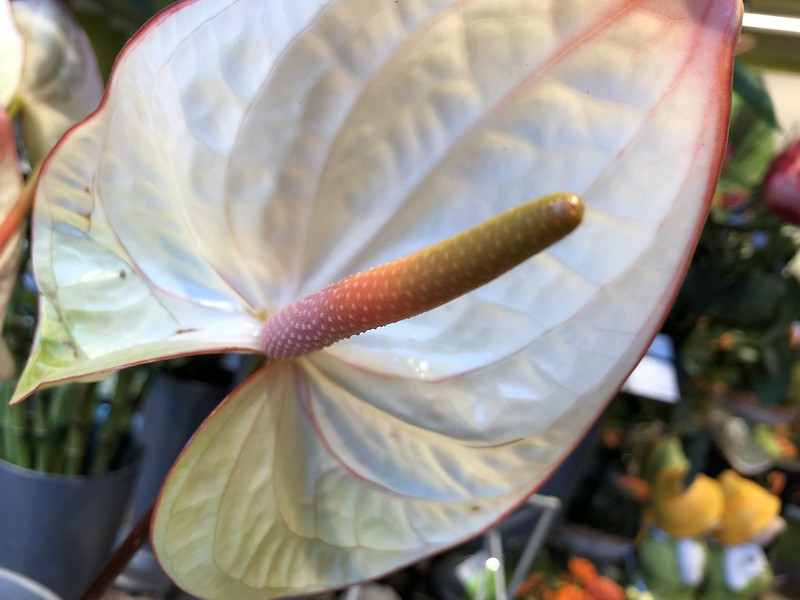 One of the special plants in the store.  I wonder how they look when growing in their normal surroundings in a garden somewhere in a tropical country. 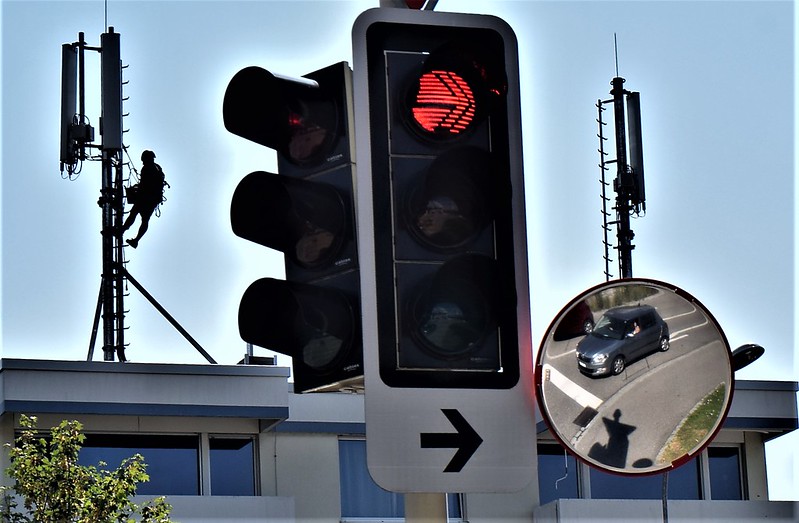 So many oddities at once, and I was only waiting at the traffic light with Mr. Swiss. 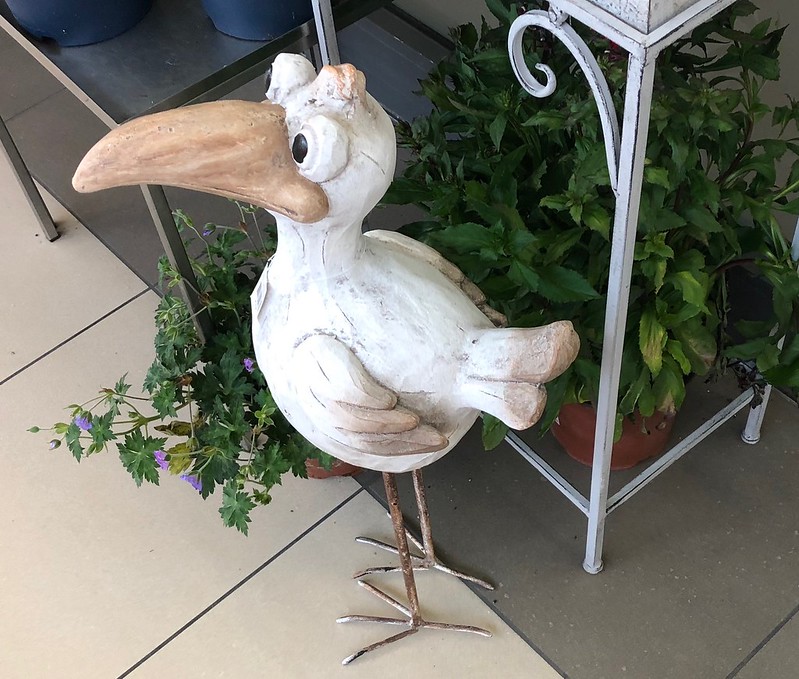 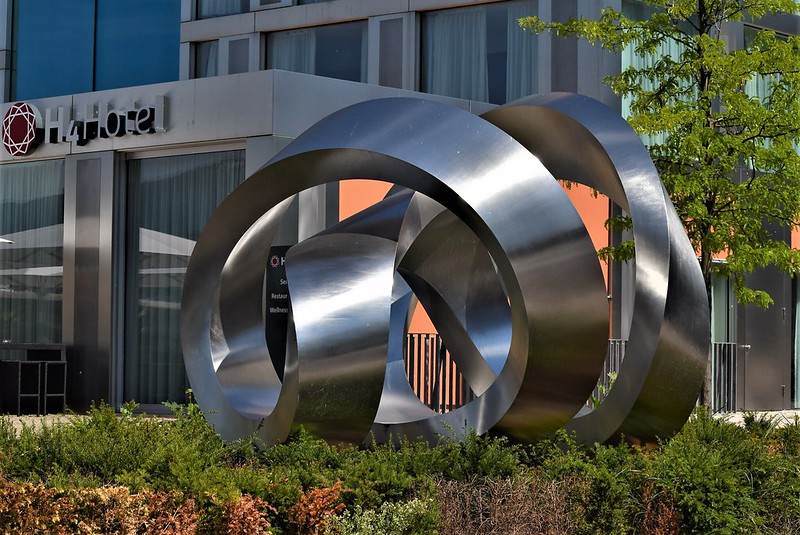 A sculpture in our local town of Solothurn 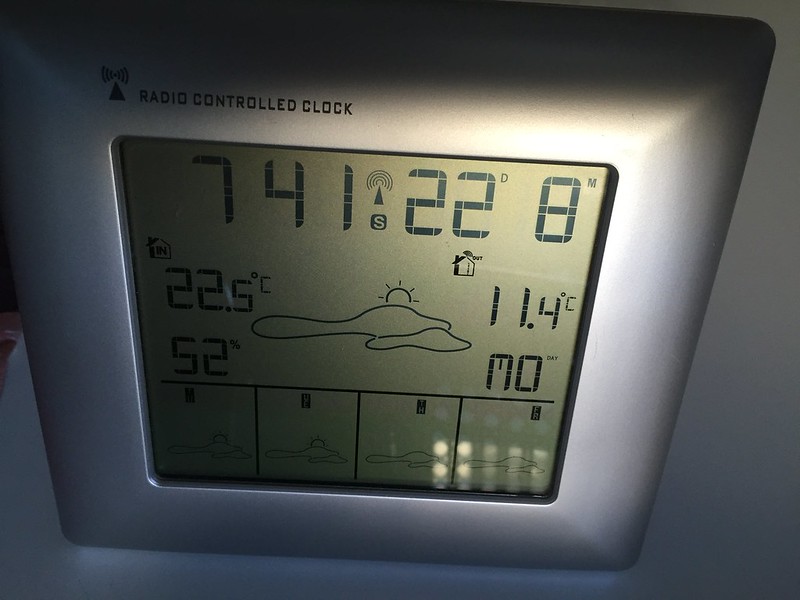 An online colleague in Australia
might be early with the prompt
Another is not bothered,
in the states she does not want
Down under they have morning
for prompting a perfect time
In America they are sleeping
the alarm not ready to chime
I have afternoon at 2 o’clock
and almost ready to go
That is when it should arrive
but I take it nice and slow
I decide to go for a walk,
I still have plenty of time
But the prompt has not yet arrived
This is almost a crime
In a country far away
they have the evening hour
And so there is no rush
Although it makes us very sour
Returning from my walk
The prompt is still not there
Perhaps New Zealand should be choosing
I really don’t know where
We are all together woven
in our online internet net
but if we only had the same time
we would not have a cold sweat
There is only one solution
We must co-ordinate our clocks
It would make prompting life much easier
And not be stranded on the rocks 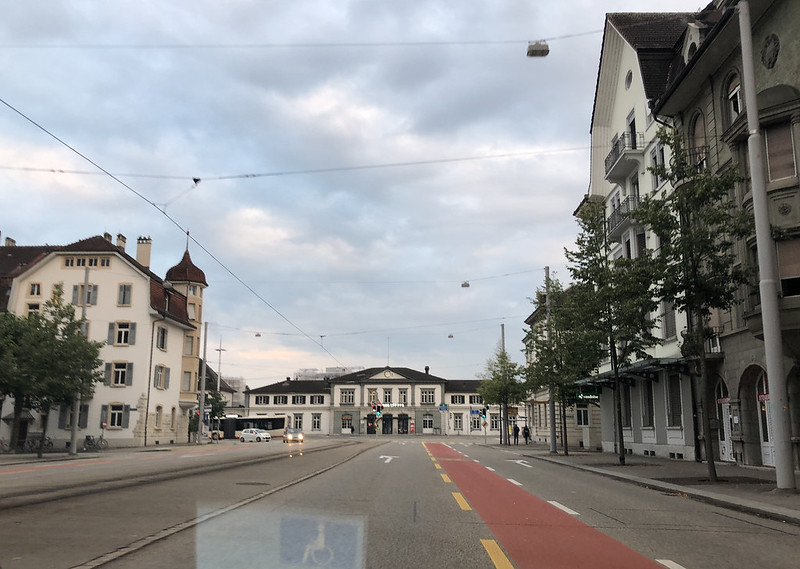 No. 1 son arrived safely home yesterday evening from his holiday in Italy and  we picked him up and the local station. He is naturally very much sun tanned and enjoyed his holiday. It is not very often I go anywhere in the evening. Stations are not the best places to be I noticed. It is not a main station like Zürich or Bern: just a few platforms and trains that come through but there are always collections of people there from other places that make you want to avoid them. At one time if you arrived at the station there was always some young man that asked you for a few francs that he could stay at the overnight place for the homeless, although the money was usually spent on a supply of drugs.

Anyhow we survived and arrived home and I put the first load of washing in the machine that my son brought home as a souvenir. Actually he is very good and packs is nicely in plastic bags so all I have to do is empty and sort them. The first wash is already dry and I collected it this morning for the ironing marathon. 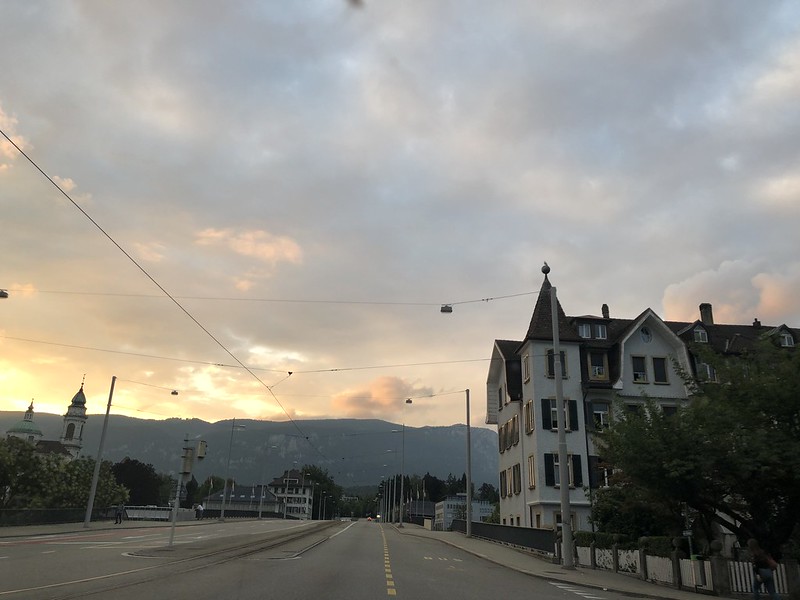 As we were driving home from the station I noticed we get some very interesting sunsets over the Jura in the evening. I should really undertake a few more wheelie trips in my wheelchair in the early evening. The temperatures are more pleasant and so are the phtographic results. Here you can see the sun set behind the town of Solothurn as we crossed the bridge. 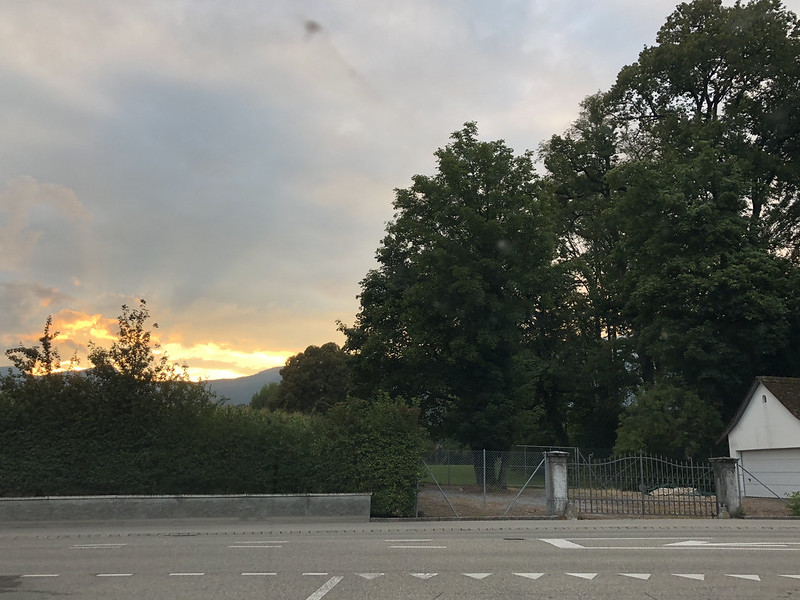 The sunset even followed us to the entrace of our village.

It was a family day yesterday as No. 2 son with family also arrived. My grandson is growing and his favourite is now standing and holding onto something and making his first independent steps. His crawling abilities have improved and his speed is quite astonishing on hands and feet. We noticed that he is now at the stage where all interesting and breakable objects at the bottom of the bookcase should be removed. He is quite interested in books, but does not read them, just likes to have a touch and feel and move the pages. They are probably the first steps to becoming an author.

His language is still undefinable, but umm-mumm seems to mean food of which he is a great fan. There were no signs of fatigue and he was wide awake all the time, Just the grandparents were a little exhausted eventually, but it is lovely to see him and watch how he is growing. 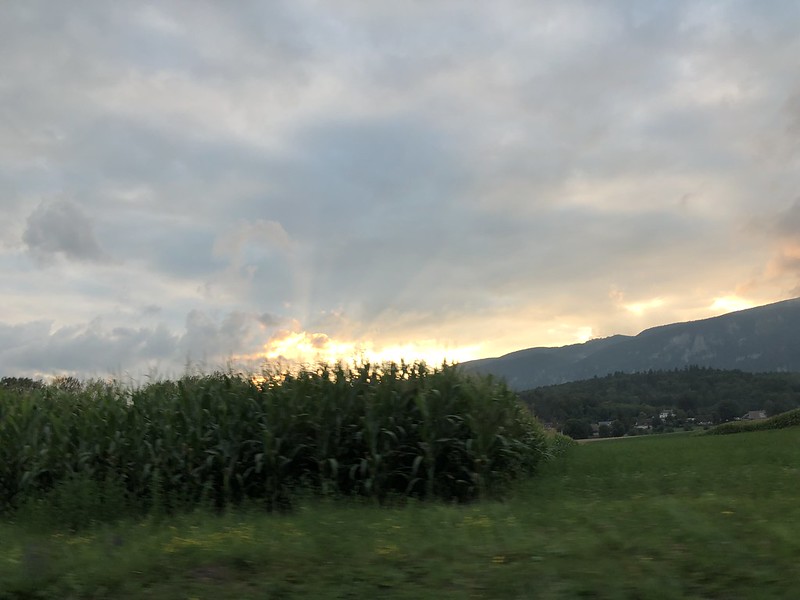 And now life reverts to a normal Sunday where No. 1 son will probably remain sleeping until almost lunch time and I will take it easy. I really, really want to go somewhere this afternoon. After almost two days of colder, miserable weather this morning the sun is shining and my camera needs food. 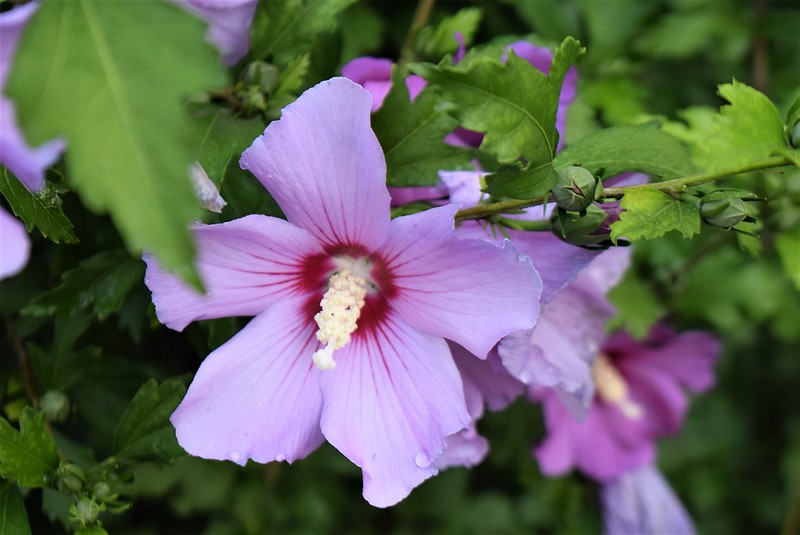 My hibiscus in the garden still has it daily show of flowers. They only live for a day but the next morning the new batch arrive already to replace them. They leave behind the seed pods which I like to leave on the bush. During the autumn and winter months they serve as a feeding station for our birds.

Have a good Sunday and relax. I know I used to when I was a working woman. It is the Mondays that used to bother me.