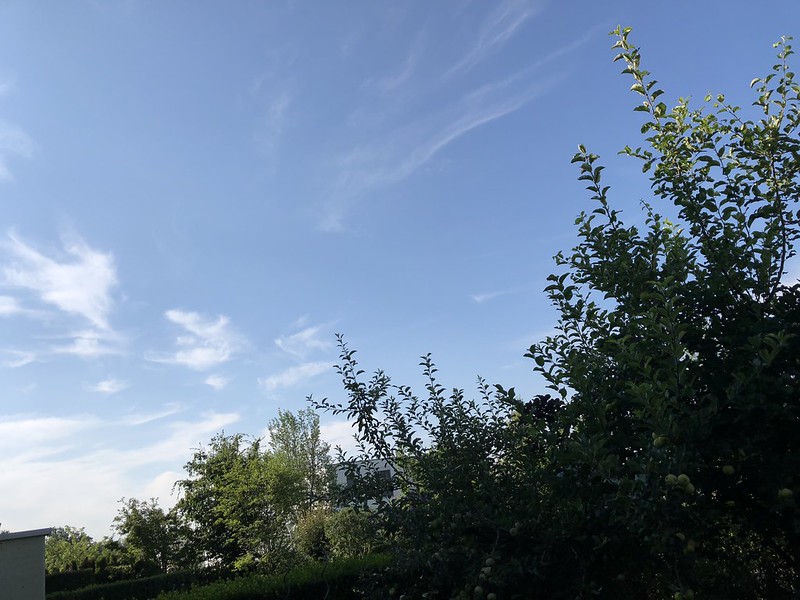 Not bad for a 9 a.m. sky so it looks like it might be a good one today.

About two hours earlier I took this photo of the night sky above our appartment from my bed. It is quite a good app known as Sky View and is free of charge, although I paid 2 Swiss Francs extra to get the enhanced version with all the satellites and you do not have to go outside to get the pictures. 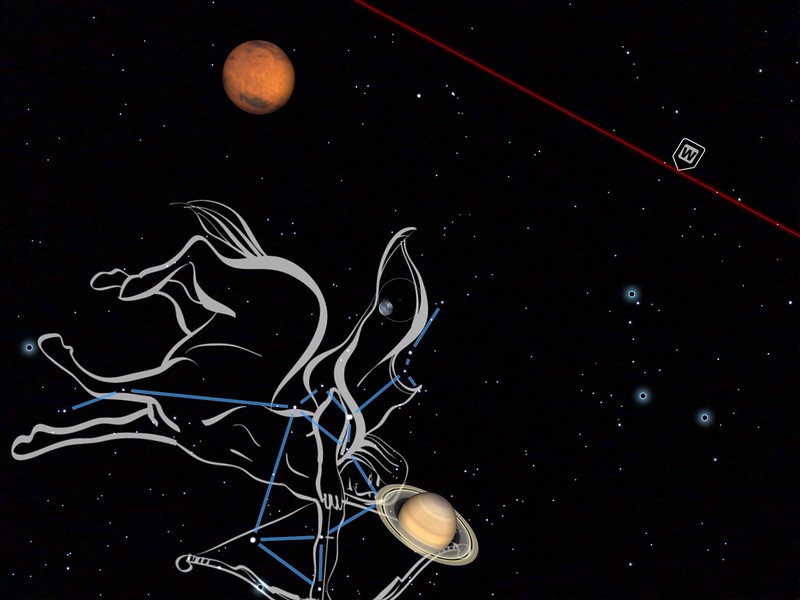 I am still getting used to how it works. Of course the planets are not so big with the naked eye in the sky, just little dots like stars, this is just to show what and where they are. The one with the rings is Saturn and the big colourful one is I think Mercury. In any case after getting this app I realise how much junk is flying around above. I keep getting rocket parts hovering around from various leftovers that we send up with our satellites. I also see a satellite now and again. They are all named and this morning one flew past that was only lauched a few years ago.  If we are the only civilisation in the big wide space, we have plenty of opportunities to fill it up with our celestial rubbish. I am enjoying this app. You also get the astrological constellations of the stars in an outline, and this one seems to be Sagittarius which is actually my sign for December. As said I am still learning, but it is fun. 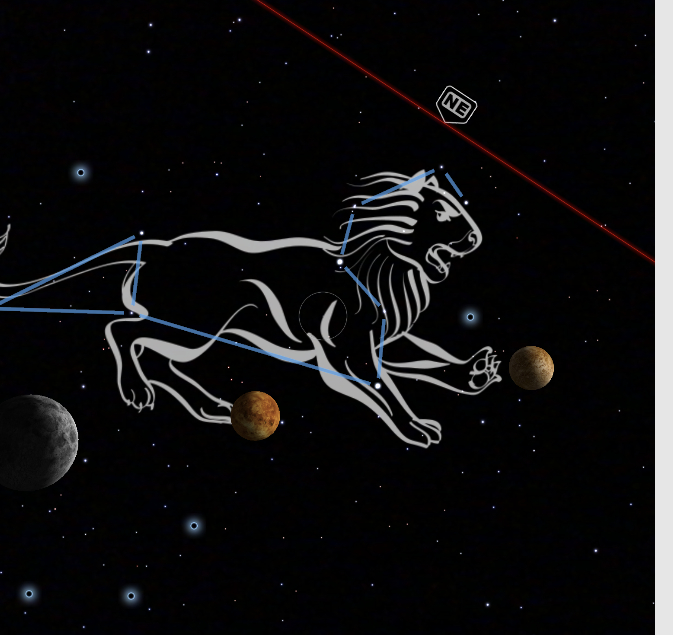 Yesterday I had the moon,  Venus and Uranus. I always saw a very bright star not far from the moon and was sure it must be Venus, but now I have discovered it is actually Jupiter. And all connected to Leo it seems. Naturally these planets wander around a bit, so it is not always the same thing. 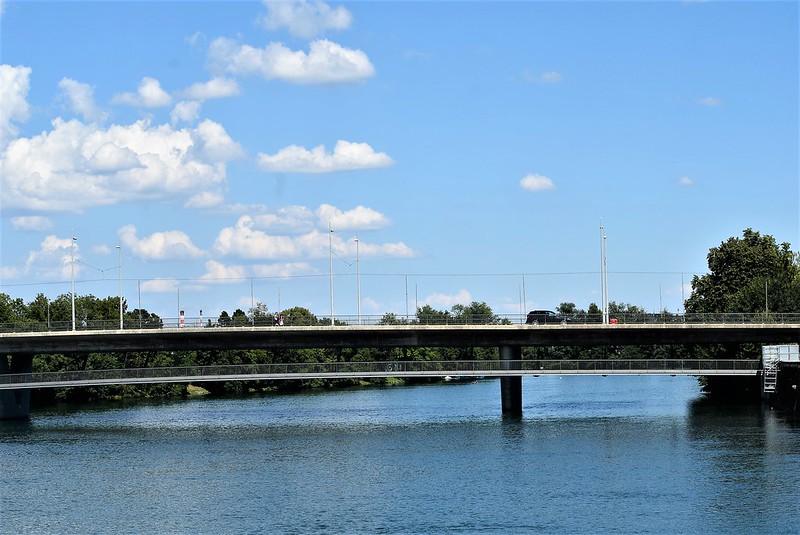 Yesterday afternoon I decided it was time again to go for a wheelie in my chair, and risked an adventure into the town of Solothurn. I am gradually getting there with my explorations and I decided to cross the river over our comparatively new Röti Bridge which was rebuilt some years ago. It was quite an interesting construction, as the new bridge was being built whilst the old bridge was still standing next to it. This bridge has a special path for pedestrians beneath the road and I discovered they had really done a good thing with the construction as there were no difficult stairs or steep slopes. I could wheel quite easily onto this part of the bridge. 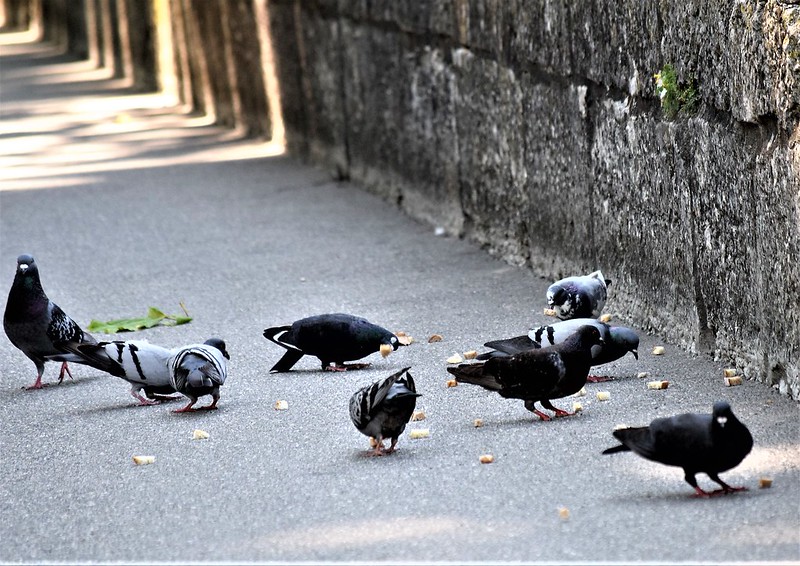 As I walked along the embankment to the river I noticed the pigeons had gathered for the bread remains that people were giving them. Of course a gift for the camera, but I am always reading that now and again they have to shoot the pigeons as there are too many and they also have their illnesses. At least they die well fed I thought.

I really enjoyed my excursion into part of our town as it was something else to see. I wheeled my way from where I live along the river bank into town. I am not usually keen on this path as there are many stones and it can get a bit bumpy in the wheelchair. I was always careful and travelled in the slowest gear. Yesterday I tried the second gear and silly me noticed it was much easier and you hardly feel the bumps, it is also much quicker.

There were many ducks floating around, so if anyone can tell me what these are I would be very pleased. They have a beak like a bird of prey, are normal duck sized and have interesting marks on their feathers. 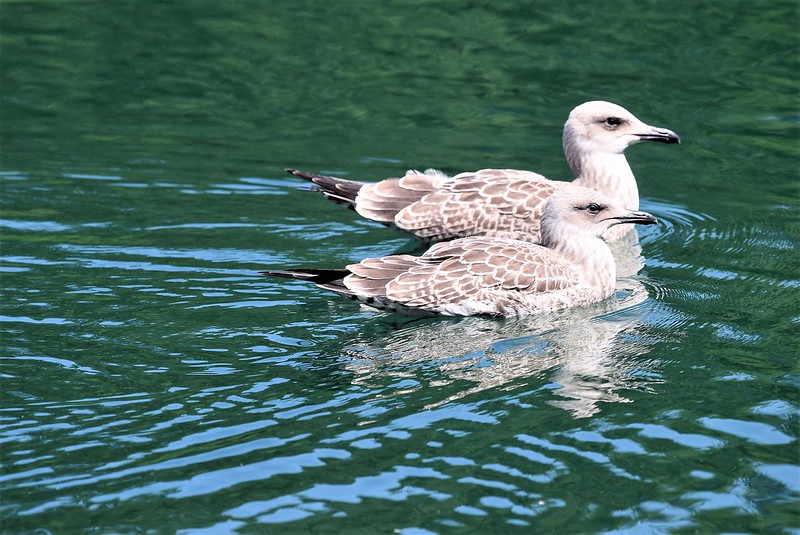 And now I should move on. The cleaning lady has arrived and is busy, although this week she does not have so much to do as No. 1 son has been away and the shower does not really need cleaning, just a basic clean through. I will probably clean a few windows, but no big deal and Mr. Swiss has just popped off to the supermarket for a few bits and pieces.

Take it easy, have fun and if not, just make the most of it all. See you around. 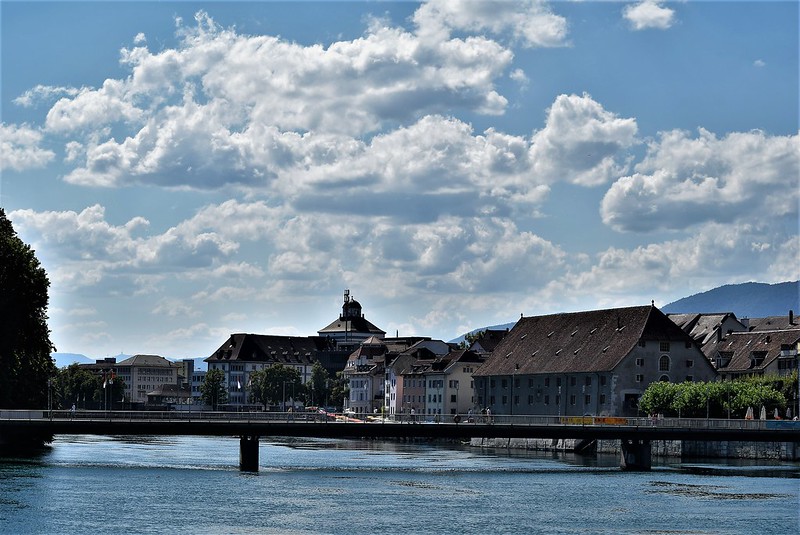 Solothurn and the River Aare