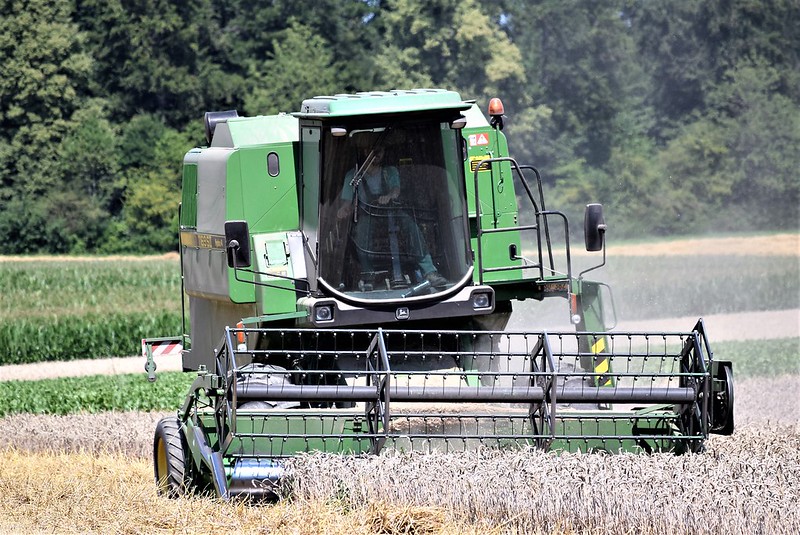 As the farmer came around the corner the crows almost got into panic. Their quiet organised life on the wheat fields was being threatened. They used to be able to hop around picking up insects and even having a peck on what was growing, although that was not the farmer’s intention. After ploughing the field and planting the corn (a noisy machine was the crows impression) the corn had grown to a suitable crow sized beak full and now in one day it was all being removed. 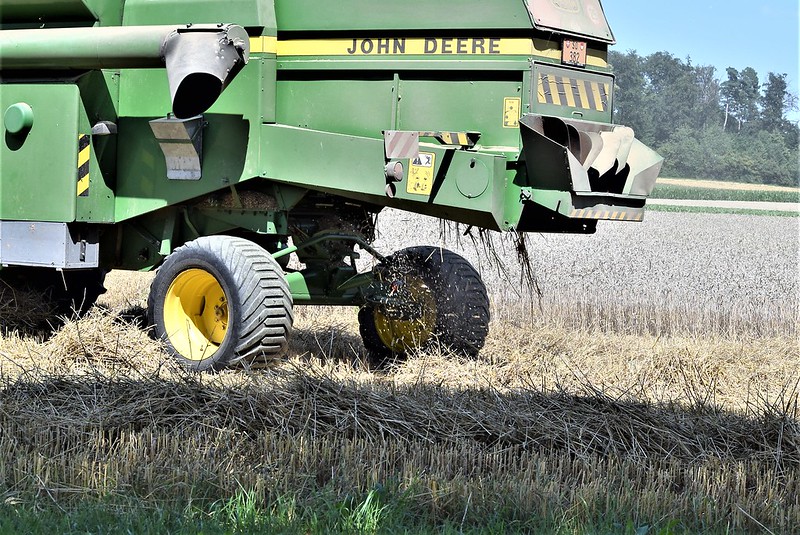 “Caw, look at that, a real murder of good stuff if I ever saw it.”

“No, boss, the murder are we but no problem. The bits and pieces are falling back onto the field, so what could be better.”

“Of course, let’s go for an investigation, if it woke us up, then there will definitely be a few beetles and other tasty insects to feed on that have also been disturbed in their underground munching sessions.”

And so the crows did a call out and they all came flocking together. 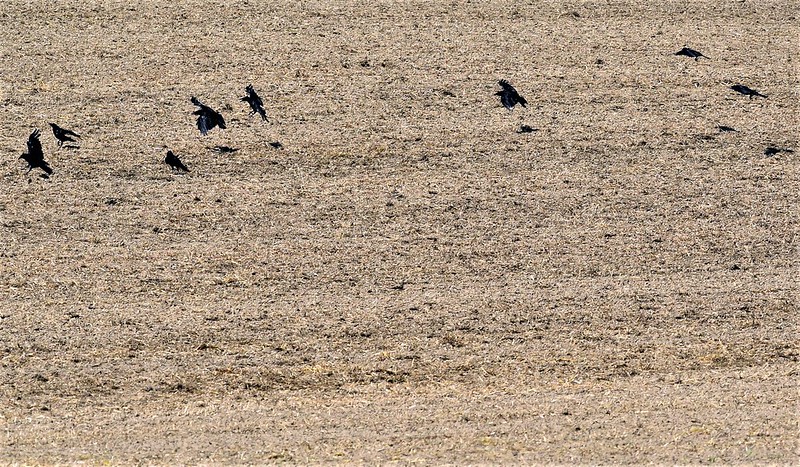 “Boss, who needs corn, when the bugs and grubs and worms have all been disturbed by the noise, this is great.”

“Ok, but don’t caw with your mouth full, it is bad manners and I cannot understand you.”

And so the crows made the most of the feast. 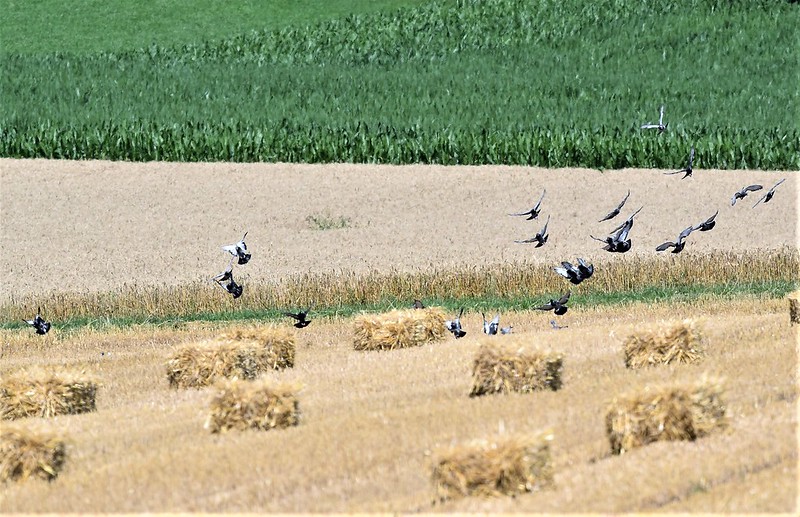 “Just a minute where did that lot come from, they ain’t crows.”

“No we are not crows, but there is no notice on this field saying “For crows only, so out the way, the first ones are the quickest.”

There was a small disagreement, but the crows won as always. You just don’t mess with a crow. Things calmed down and the harvested wheat was organised into neat bundles on the field, the table was laid and the various birds made the most of it, before it disappeared. 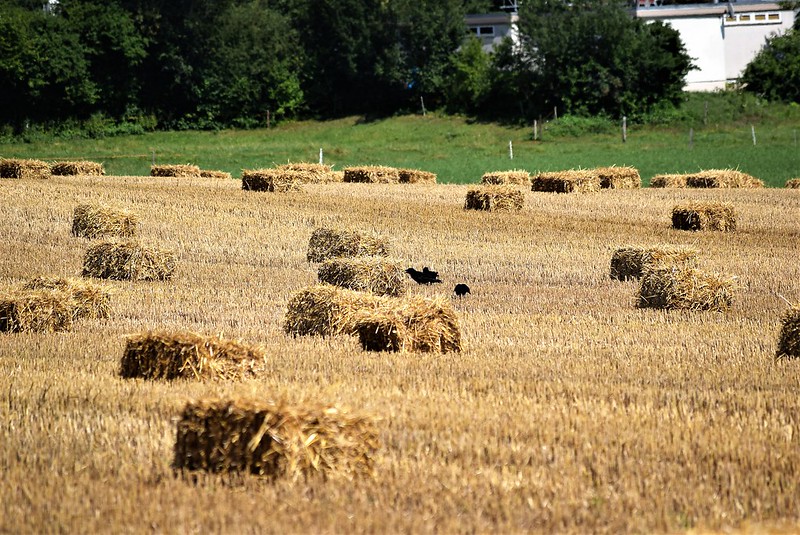 Eventually everything was quiet, not a caw or other bird squeak could be heard, they were all busy digesting the unexpected feast on the laid table. The farmer had finished his job and would be back to collect the harvest. “Every year the same excitement” he thought. As soon as I appear with my tractor there is one big kerfuffle in the air and then they settle on the field to see what is left for them.

“Look boss, the farmer is going.”

“OK murder, carry on and don’t forget to bring something back to the nest for the babies. And let us not forget, next year: same time and same place.”