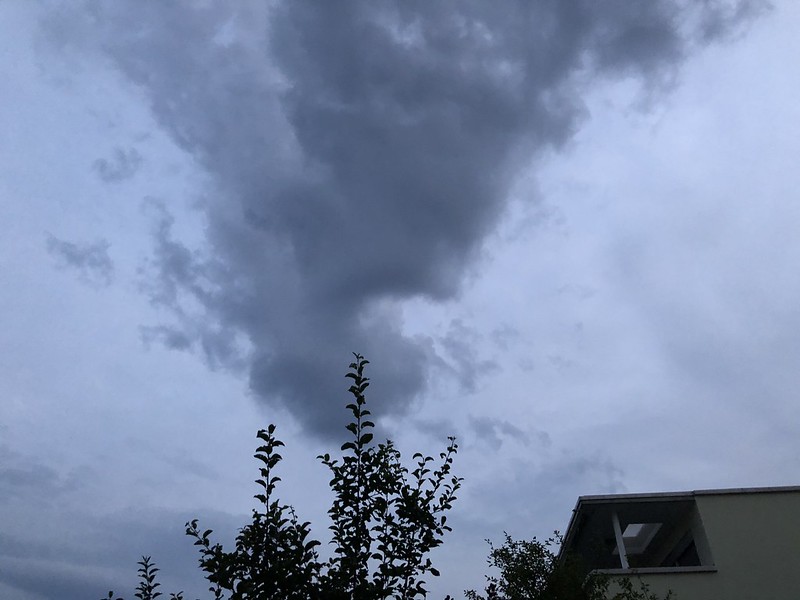 Not a tornado, we do not have them in Switzerland, but a gathering of storm clouds yesterday evening as the night was falling on us. It was nothing really special, although if we had known what the weather was planning, we would not have bothered to water the garden, but we did. During the night I heard a few apologies for thunder and it rained most of the time. I did not really mind, I was safe and comfortable in my bed.

So now is the problem what to tell you all. I spent a quiet golden oldie day at home yesterday: had no interest in going anywhere, I was just too tired and wanted to spend some time with my computer

However thanks to the visit of son No. 2 last week I now have a few more interesting apps on my telephone. His interests are many, and some he shares with me. I know there is an app for flights, as a matter of fact if we saw everything that was flying above our heads in the sky we would ask if there was still room. Now I have an app called Flightradar 24 and it shows me every plane and helicopter that is circling over my head during the day, even gliders. 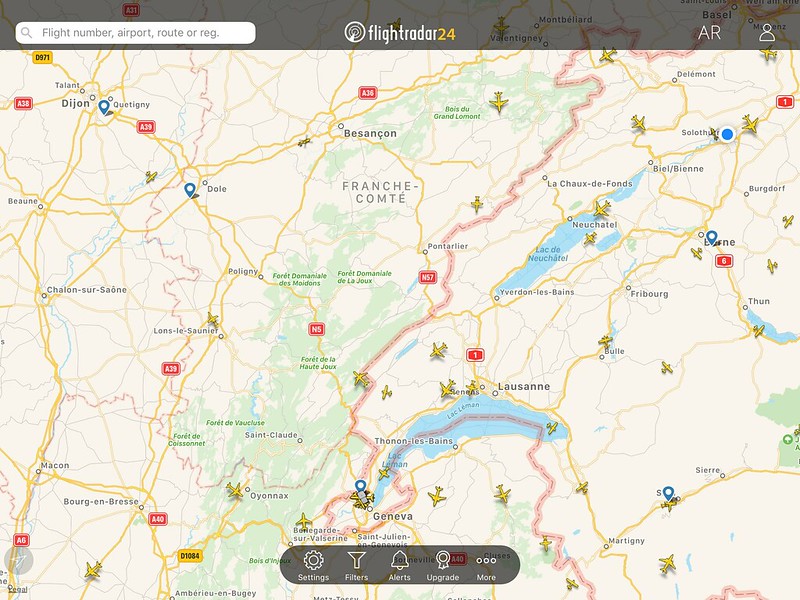 We are the blue dot in the top right corner marking Solothurn. If I click on a plan I get a photo from the plane type, from where it is coming, where it is going to and the times of departure and landing at the airports. Not only official flights, but also helicopters and private jets, as well as gliders, are on the map. It covers the whole world and now I realise what a small world it is. Every time I now hear a plane above I do not  have to see it, probably too high in the sky. At the moment Münich-Santiago is flying above and a plane from Frankfurt is heading to land at Geneva. There is also a flight from the Swiss Flying Club, a small Aquilla A210 heading for Zürich.

I also have a Skyview app for the night sky and its objects, but will save that one for another time. I even paid two Swiss Francs for a special addition of satellites, so thanks son.

Today we were going out for lunch, but have now decided to take it easy at home. We are not eating so much at the moment and I have enough in the fridge to stop us starving until tomorrow.  I think this is the laziest day I have had for a long while. I did not stop hugging my bed until 8.30 this morning, and that only because I had to visit a certain place. 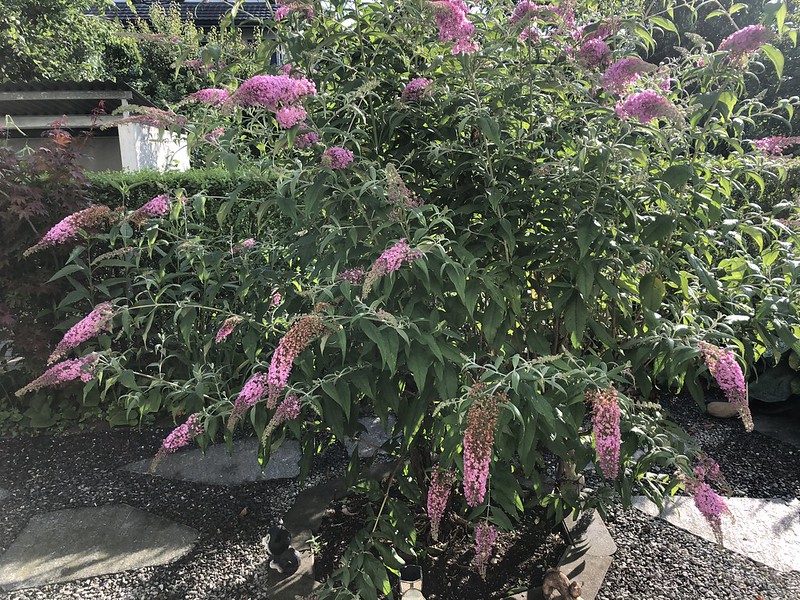 My buddleia has, in the meanwhile, unfolded her flowers and many. Last year it got a little lost in the building site we had. I will now crawl around the apartment with my Dyson and spend the time doing what I want to do, the privilege of the golden oldie groupies. I do not think I will be going anywhere today, but who knows. My wheelchair is fully loaded and ready to take me places.

Have a great Sunday everyone and if you do not feel like it, then do not do it. There is always tomorrow or the day after. 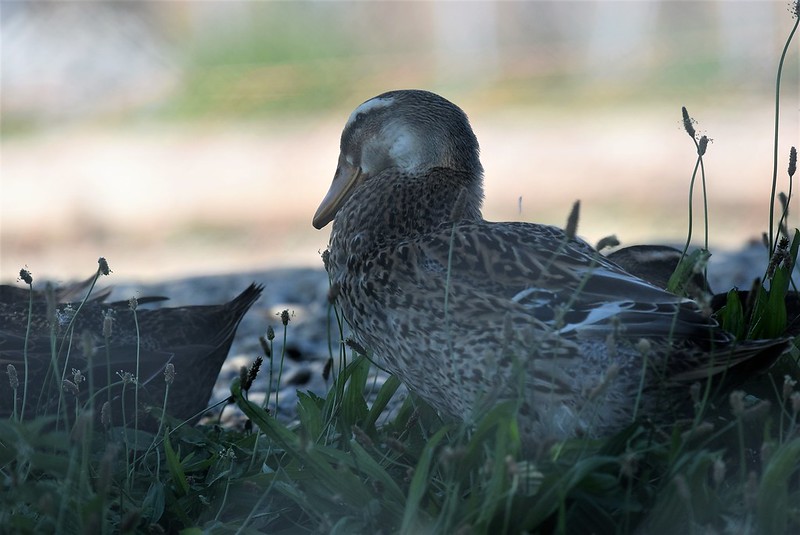