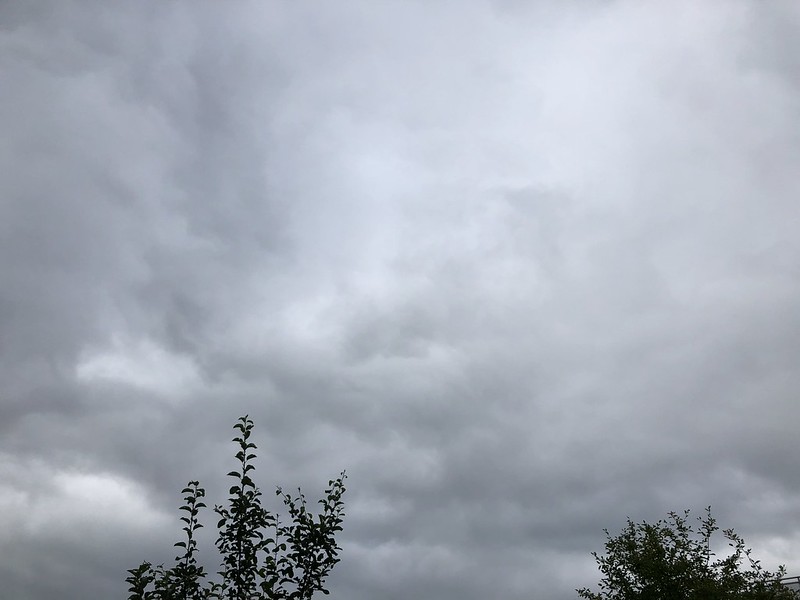 This morning does not look very promising. I have not seen a grey sky like this for a couple of weeks in the morning, so it is something completely different. There is also a cool wind blowing, which lead to a debate. 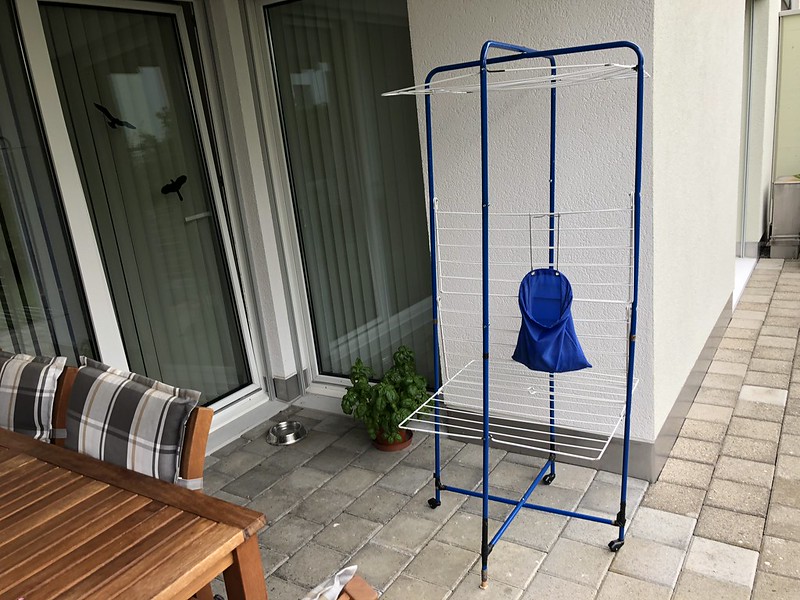 One of the first chores in the morning in the summer months is that either me or Mr. Swiss put the empty wash stand outside to fill it with the various towels we use in the bathroom/shower to dry in the sun and remain fresh. Usually at lunch time I can replace them in their normal places. When there are grey skies we are not sure what to do. After a preliminary discussion we decided to risk putting the stand outside and see what happens. There is a nice fresh breeze, so if it doesn’t rain it should be OK. Our only problem might be that the breeze blows the stand over and we have to collect the towels on the ground. However, the problems of a golden oldie life, which are actually not problems, but it keeps us busy. 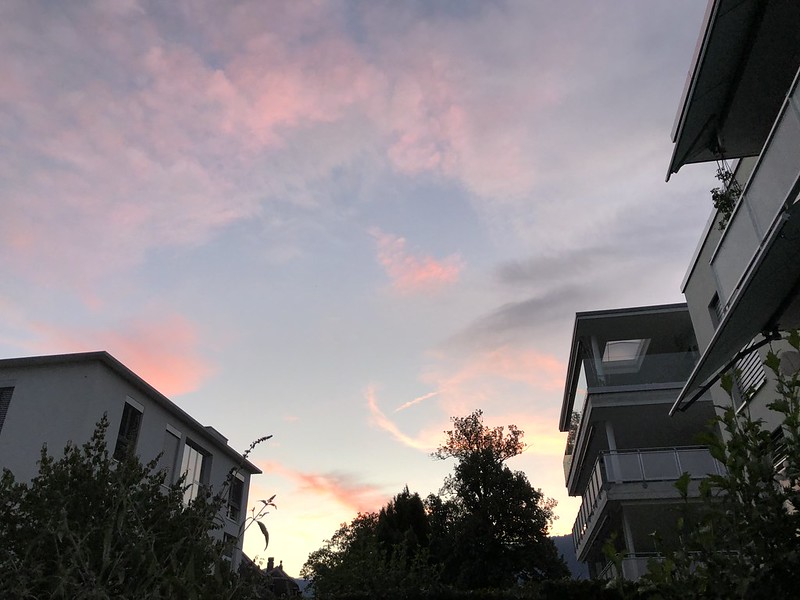 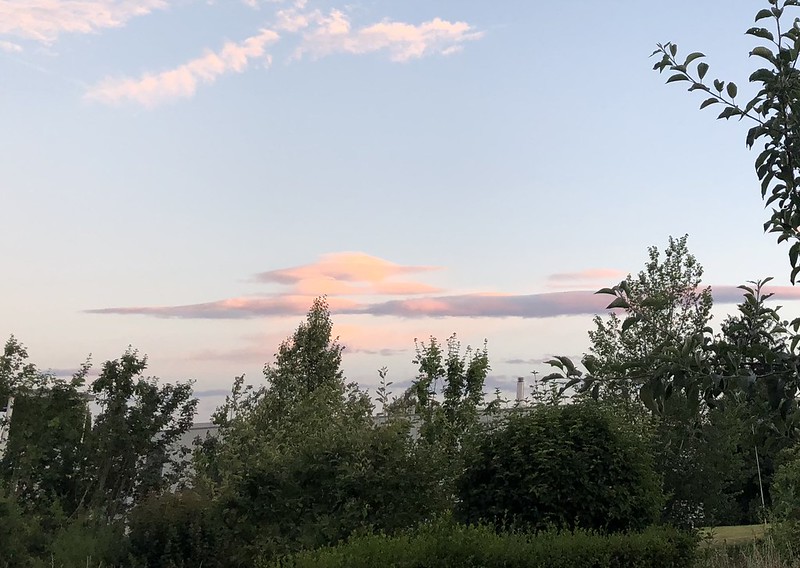 It all seemed to be an illusion, but I captured a few shots from the porch before going inside around 9.45 p.m.

Then I had one of those nights, which rarely happens to me, where I had difficulty falling asleep. Generally I collapse on the bed and know nothing more until the morning, except for my twice nightly excursions to that place where most of us go in the night. I also had a little disturbance which does not usually disturb. Both Mr. Swiss and I have those wonderful inventions of modern life, the automatic electric toothbrush which uploads when not in use. I now have a new one. I always had a Philips sonic, but they do not live long on my teeth. I have now changed to a water pik which seems to be stronger, Mr. Swiss has had his for at least 10 years. We now have two toothbrushes uploading during the night. 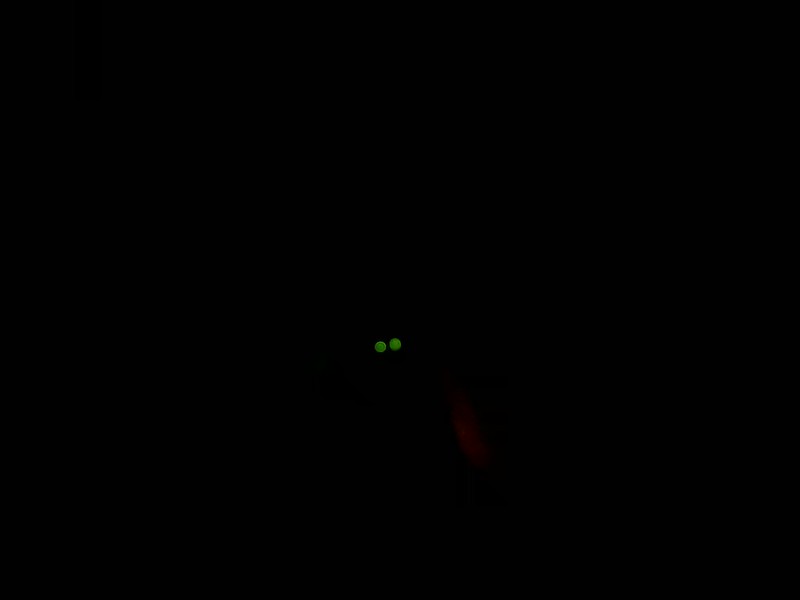 They make no noise, but just sit silently on the cupboard with their green lights. Mine was flashing as it was uploading to full power. It looked like some sort of green eyed monster sitting in the corner of the bedroom. I even have a photo. As I could not sleep and my telephone camera is always next to the bed, because it has a built in floodlight, I took a photo of it. I know, I take photos of everything – one of the pleasures of a golden oldie that has nothing better too do.

And now I must go places and do things in the appartment as today is the great excursion to the local supermarket buying all sorts of goodies for the week-end. I made the list on my iPhone yesterday evening and now and again Mr. Swiss adds a few items, but there is general approval. Son No. 1 will not be home for the evening meal on Saturday, as there is yet another open air concert which he will attend.

Here is another mystery flower I saw on one of my wheelies in the landscape. Enjoy your Friday, tomorrow is week-end, time to relax and have fun, although I try to have fun most of the time. 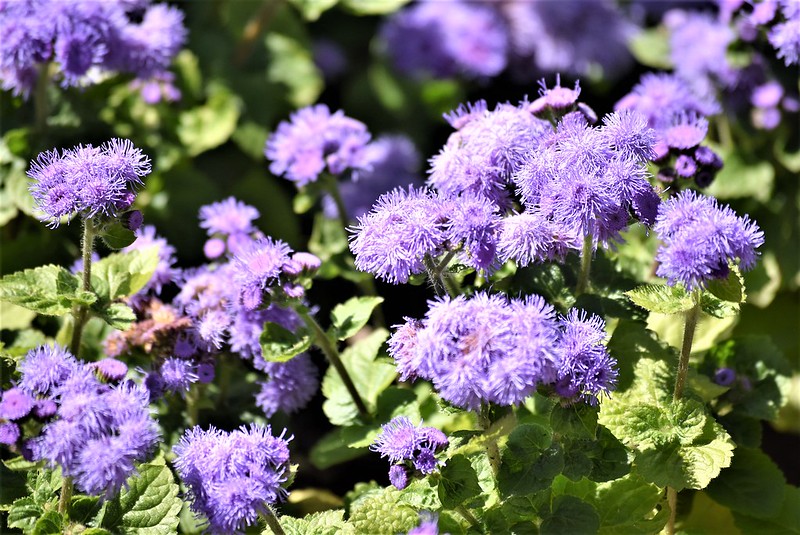