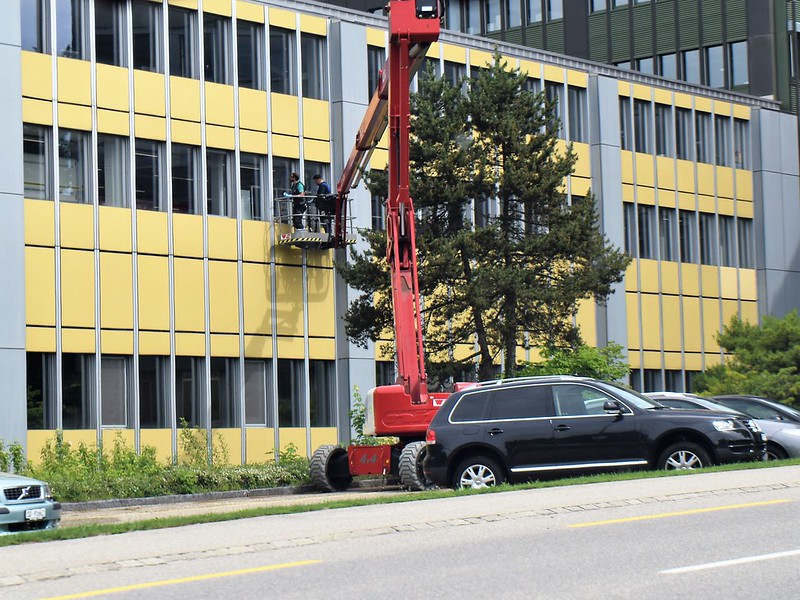 I seem to be doing everything wrong. This morning the cleaning lady was here busy with this and that and I naturally had some spare time. I could take it easy and let someone else do the work. On the other hand I had naturally some time on my hands having done my usual morning chores and I was left with nothing to do, nothing for a juxtapostition with me or did I again not get this one right, so I had a look at the German word which was easier for me or should have been. In any case we have it, or do we? Two objects together. Oh, I give up, and decided to return to cleaning windows which I actually did this morning. Just the two big ones which form the glass exit and entrance to my kitchen. I will do the rest during the week.

I passed this guy yesterday when travelling home from my shopping trip. He was in a juxtapose with a lot of windows, but he was lucky. He had a crane to stand on and just move his arm up and down with the window cleaning implements. I see these juxtapositional window cleaning cranes a lot. Where I grew up in London, we were working class, not rich, but for cleaning outside windows you always had a guy that earned his living as a window cleaner. They arrived with a ladder and some rags and a bucket of water and cleaned your outside windows. Even the window on the ground floor was too high for mum to reach.

Today you organise a mini window cleaner holding crane and the job is done. I can imagine something like this in New York City where the skyscrapers achieve untold heights. Just imagine cleaning the top windows of the Empire State Building with something like that. The Juxtapositional possibilities of man and machine are fantastic.

So, did I do it, was I juxtapositional? If not, who cares. This is the antepenultimate Daily Prompt, and I really want to be one of the last survivors. 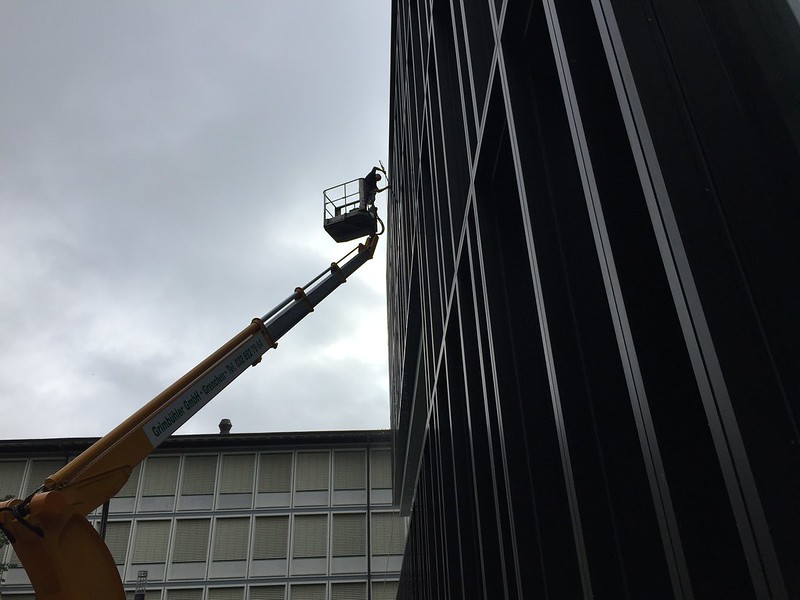