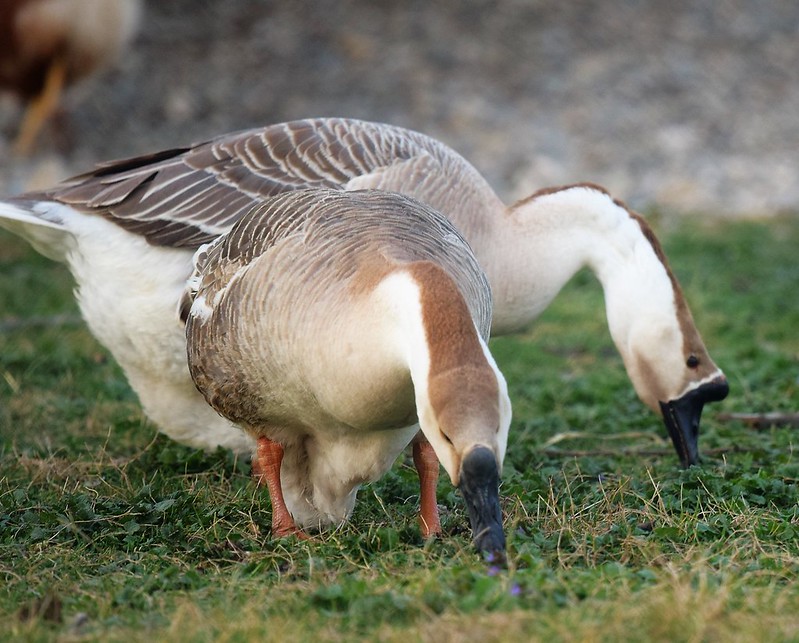 Muss ich jetzt deutsch schreiben, da wir ein deutsches Wort haben. Well I though as we now get the the daily Prompt words in German I thought I might have to write in German. Perhaps the word “Doppelgänger” has now been absorbed into the english language. Or perhaps the Daily Prompt (tägliche Prompt) is now in German hands and they did not tell us: the reason why the daily prompt is leaving us on 31t May. The two geese do not even realise they look alike, because, well all geese look alike I suppose as far as we are concerned. The geese think differently. They are sure that they all have their own characteristics, probably in smell and voice.

I do not have a Doppelgänger, although some do say that I resemble Barabara Streisland  but her nose is not a big as mine.  Mine is bigger and better.

If the collection of cells they found in my body when I was 50 (known as a teratom) had developed into my twin sister, what it should have done instead of sitting around waiting to be activated, then I might have had a “Doppelgänger”, but it was removed in a 7 hour operation. The first operation was “only” 3 hours, but it grew back again, bigger and better.

And there we have it.

Not so Daily Prompt: Doppelgänger

11 thoughts on “Not so Daily Prompt: Doppelgänger”