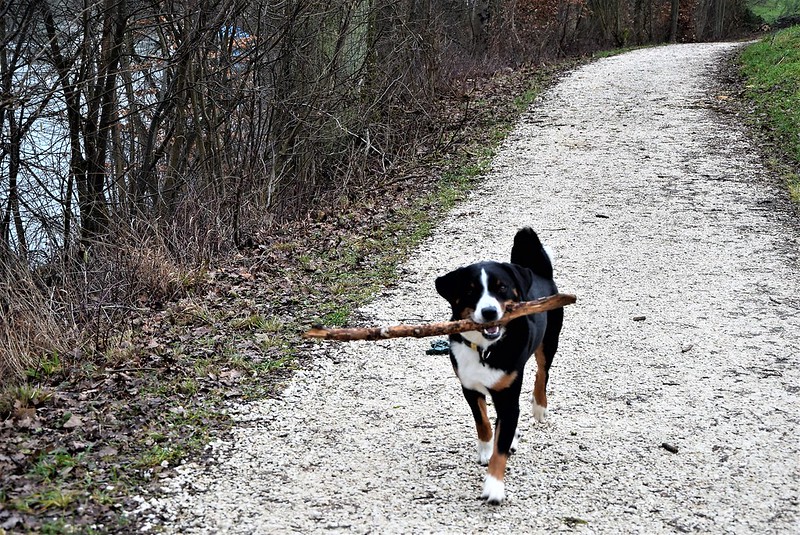 I have never had a dog of my own. Mum said no dogs, thinking of the money they would cost, so my longings for a dog were cast aside. Of course I love dogs, but I was never really at home with them as a kid, because I never had one. My aunt had a dog, but even that did not move mum to decide to get one, so I forgot dog. We had a cat, but that was because mum had some sort of panic about mice. Now and again a mouse would find its way in our house in London and so we had to have a cat. The problem was that our cat was sure that ‘”mouse” was a name for a toy and would play with them, but he was too kind hearted to kill them. At least I had a pet.

Back to dogs, I like them. I meet them on my walks. They arrive in all shapes and sizes. Today I went for a trip  and there were two people talking on the path, each with their doggy. As they were talking they had to make room for a man who was walking past, yes, with his dog because dogs seem to take up more space than humans, especially if they resemble descendants of the Hound of the Baskerville.  If you go along the river someone will be throwing a piece of wood in the river and their trusty dog will jump in, fetch the wood and show his owner what a good doggie he is. Of course he will have a shake to dry his fur. I noticed it is better to avoid dogs that come out of the river, it might be that you get an unwanted shower.

There are those that have the little dogs. They are the ones with the short legs. I feel sorry for them, they have to break the speed records to keep up with their owner. When dogs meet, it is quite a party. First of all they have a sniff at each other and sometimes things can get quite social. That is usually when the owners decide to move on as canine life can then get complicated.

Today was really dog day. I counted at least 20 dogs on their way with their owners. 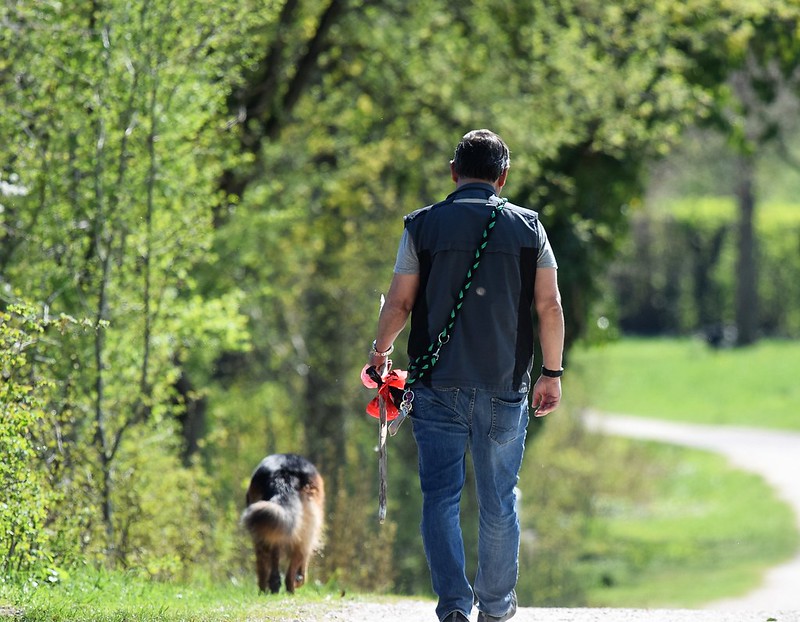