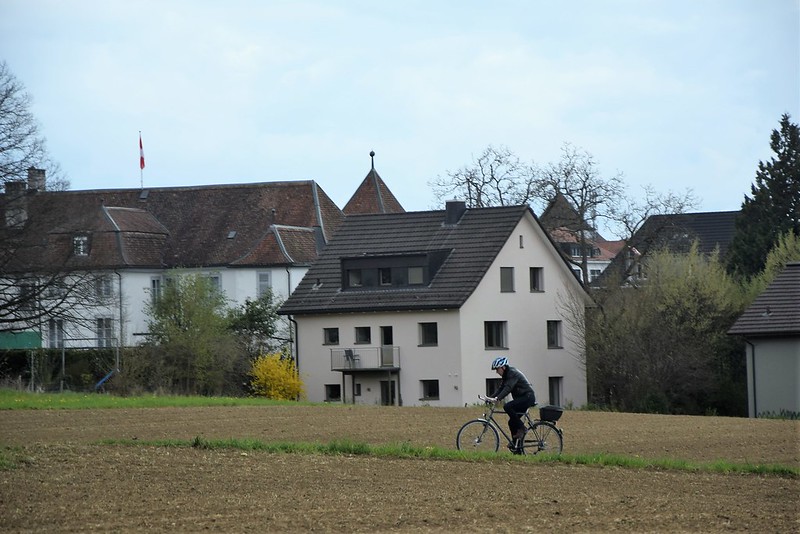 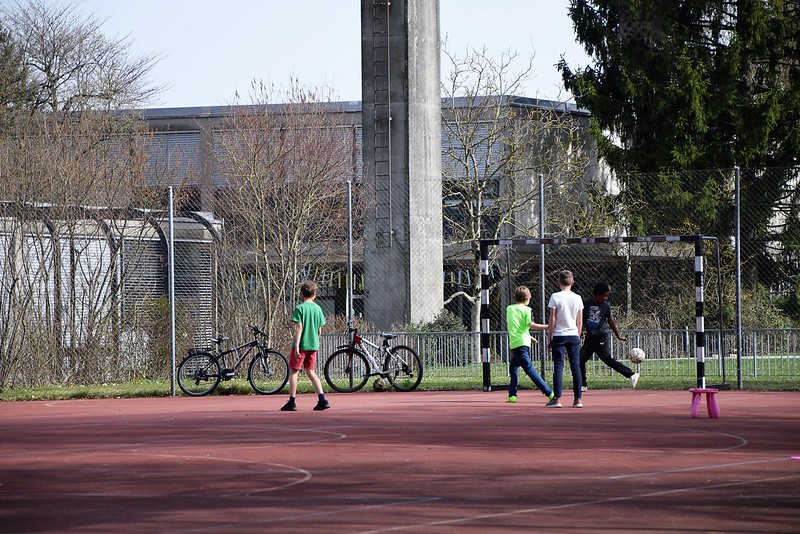 Kicking the ball around 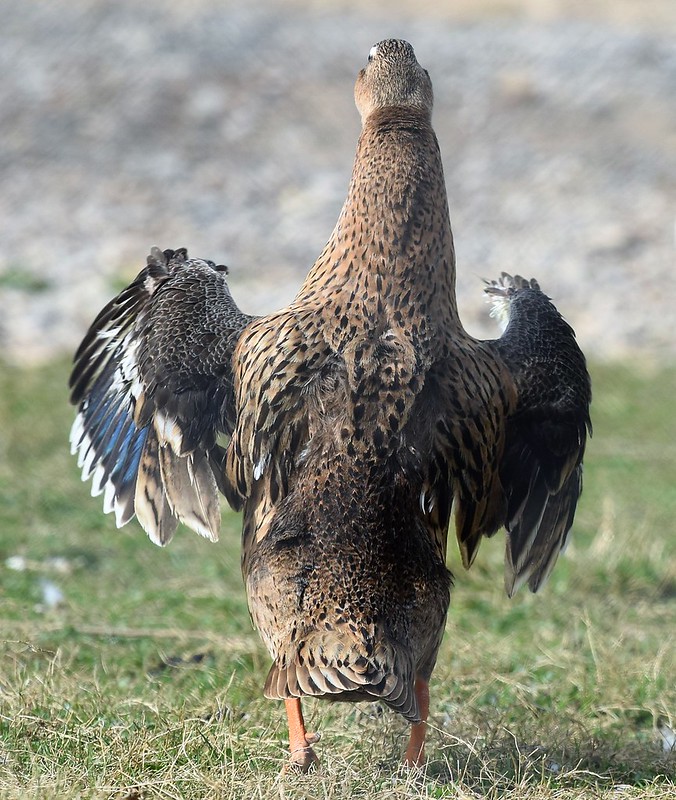 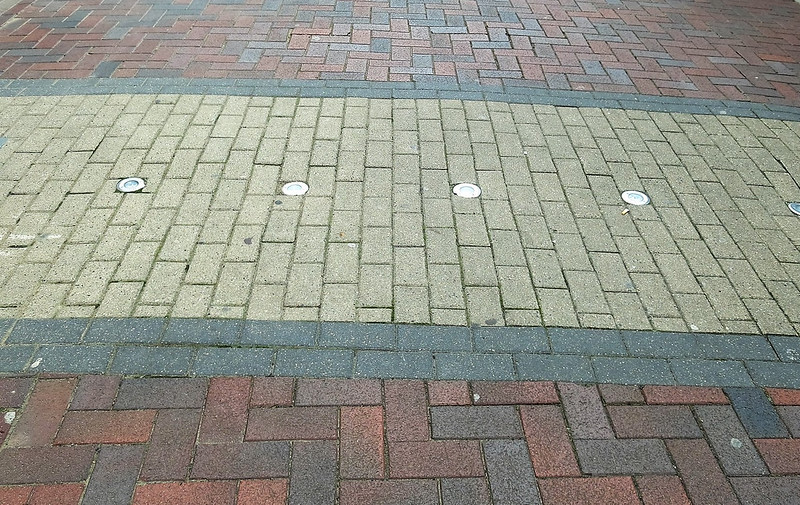 Part of the red brick road 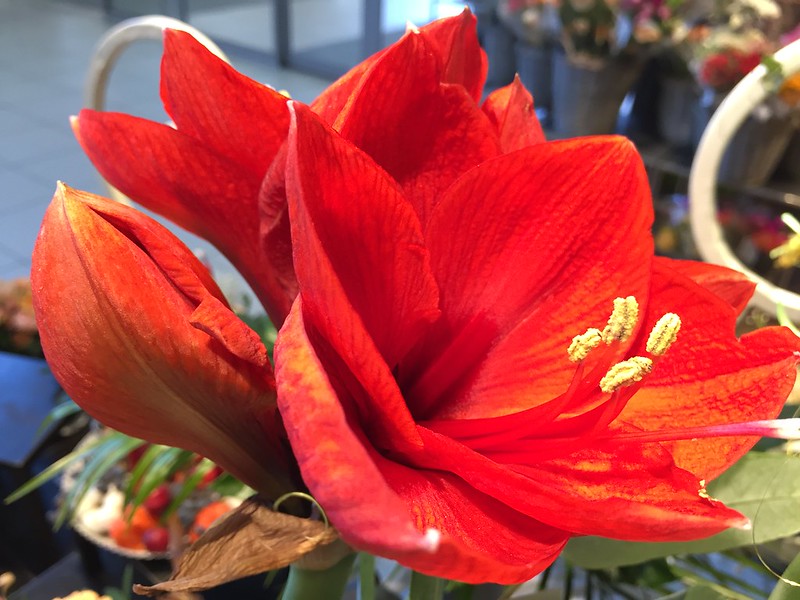 I now have my amaryllis outside and giving them fertiliser, hoping they will return again at the end of the year. 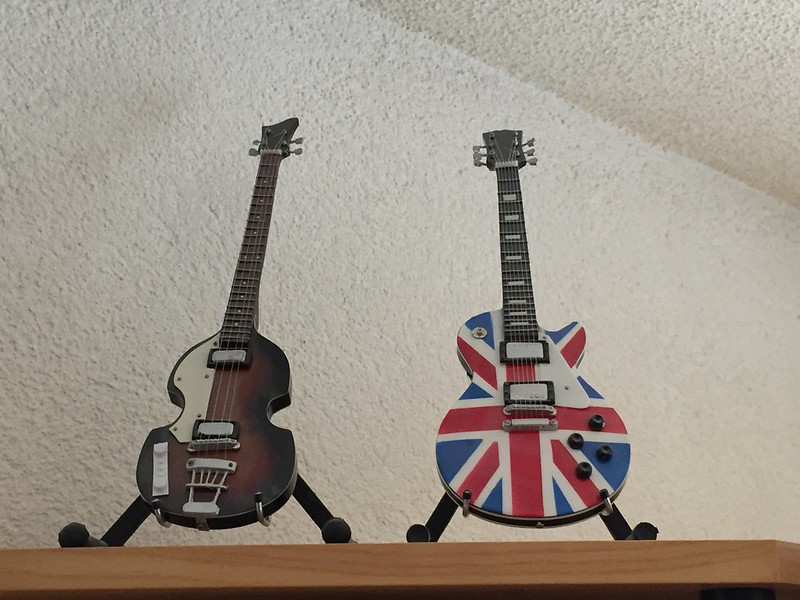 “Do you think so. I thought it might be a bit flashy.”

“No, not at all. Ok, it depends on the music I suppose. My player is more into the mainstream sort of stuff. Nice and slow and relaxing. I suppose your musician is more the rough type: dirty fingernails, scruffy and uses the fret to hold his joints whilst playing.”

“Do you mind. Just because yours is a wooden lookalike, it does not give you the right to look down on me. and be insulting.”

“Just remember to get your strings washed after the performance.”

“I find your colours boring and nothing special. I am sure your audience falls asleep when listening to the music. I impress them all with my red, white and blue and you can even rap to my music. I have a unique fret.”

“Yes I am sure you do, shame you will have a short life.”

“I will live forever.”

“I don’t think so. The last three coloured guitar only appeared once.”

“What are you talking about.?”

“See for yourself the piles of broken frets let over from the guitars looking like a flag. The player gets carried away and gets high on his joint. The big final to the concert is to throw the guitar on the ground and jump up and down on it.”

“At least your last performance will not be forgotten.” 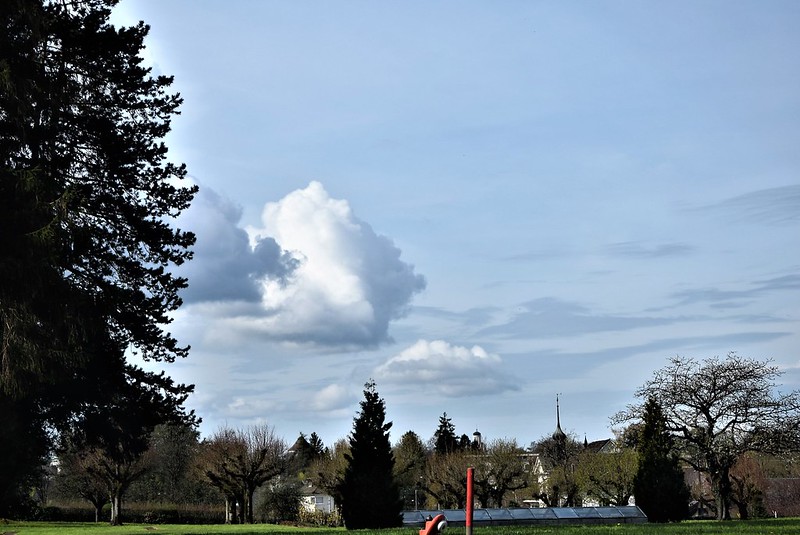 It is Tuesday and my cleaning lady is here, so I am later with my good morning wishes. As it is still morning, they are still valid. Yesterday my only adventure was to the supermarket in the morning. As we were on the I took this photo as we were leaving the estate where we live. On the way in the car I saw some very interesting cloud formations. The weather was on the warmer side, although it looked a little stormy now and again. 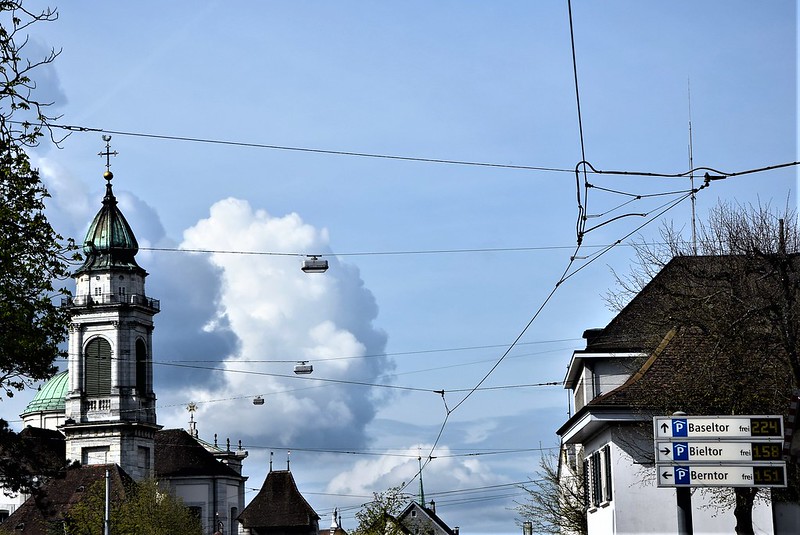 As we aproached out town of Solothurn, the clouds were still with us and made a good background to our cathedral. On the right there is a sign showing our three underground parking houses showing the free places. We drove on further, as our supermarket is in the nearbye village of Langendorf.

I had a little drama yesterday evening when I switched on my Microsoft computer. I had been working on my Macbook which worked OK. Somehow during the changeover time we lost contact with headquarters where the WiFi signals come from. I had absolutely no Internet connection and after exploring the situation my computer tells me that I should make a new configuration of the system. Mr. Swiss and Mrs. Angloswiss are not Mr. and Mrs. Bill Gates, so I left the problem to Mr. Swiss. He succeeded in putting a large aircraft symbol on my computer, to prove that there was no connection available.

We have a man that deals with our comuter problems, and so he was called. He said he would call past and take my computer to examine it as he did not have so much to do this week and it would be no problem.  In the meanwhile I fired up my Apple computer again and discovered that had also lost the connection.  I moved my Microsoft computer to another room and Mr. Swiss had another look.  Suddenly my computer decided he wanted to stay with me and found the connection again. We returned it to its original place, and it was still working. The Macbook was also online again. We called the computer maestro and told him everything was OK. This morning when I switched on with quivering hands, it was alive, so I am hoping this was a one off. It was the system that had problems, not the computer. A world had almost broken down for me. 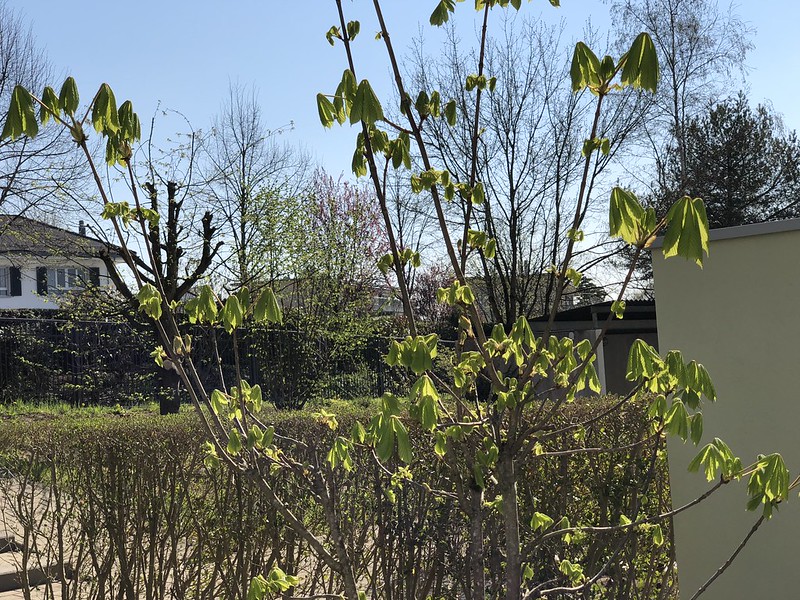 My horse chestnut is developing and will soon become a real tree again, I hope. Although we were supposed to have some rain, it has not yet happened. I am making the most of the weather and today will probably be on my way again. I might attempt an excursion into town with my chair, I have not gone that far yet. 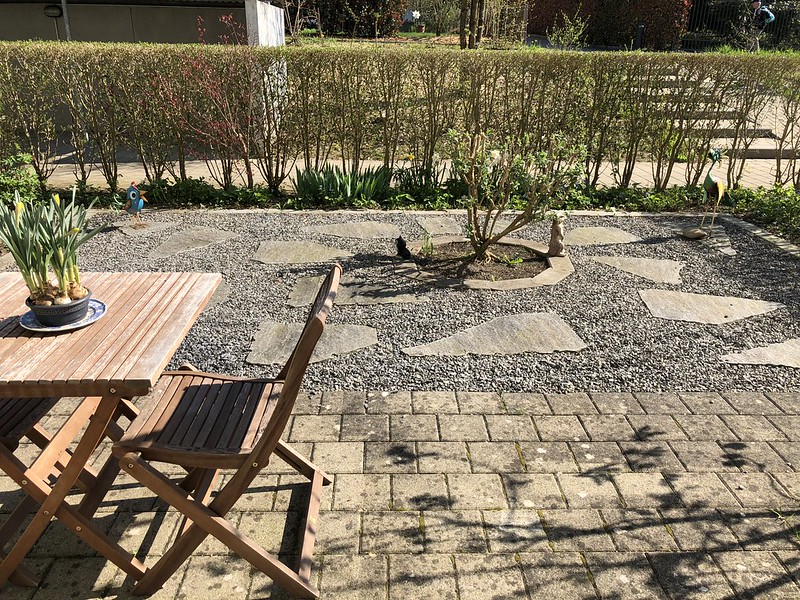 My front garden is now looking more like a garden, and slowly but surely my ornaments are taken their place again.

And so I will now leave you. Today is again asparagus, a risotto, and this time with the green asparagus. Mr. Swiss is in town at the moment, leaving me with my cleaning lady. Have a good day everyone, and make the most of it. 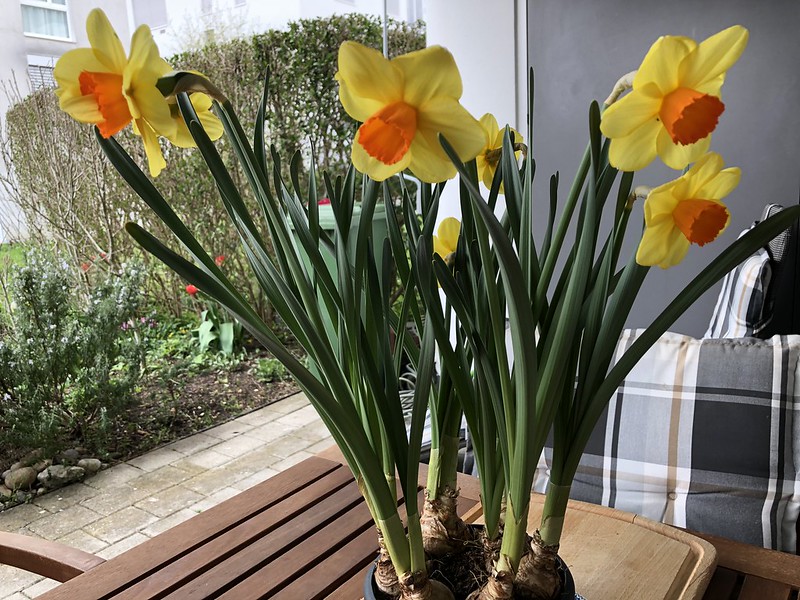