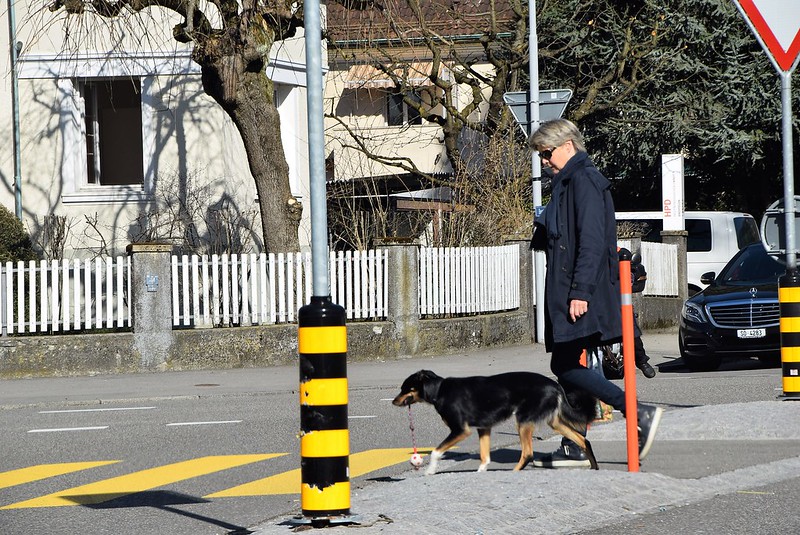 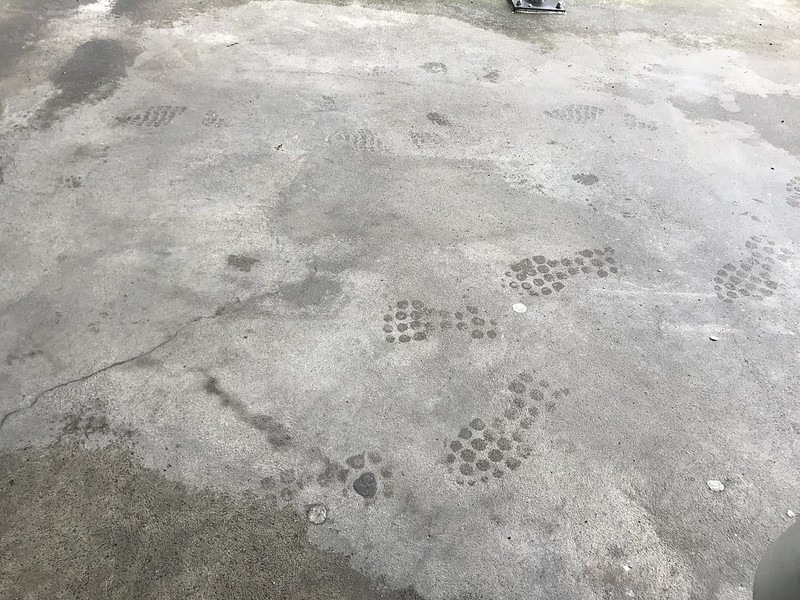 Sometimes it is difficult to know which way to go 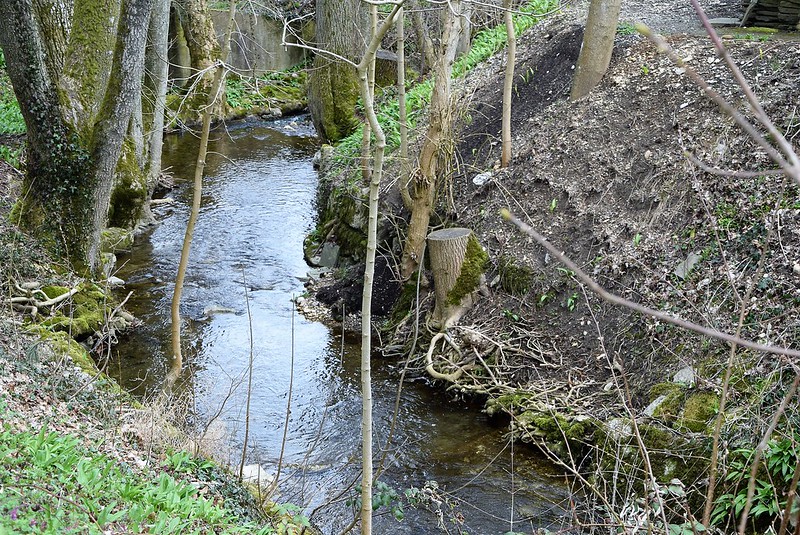 And a river runs through the local cemetery 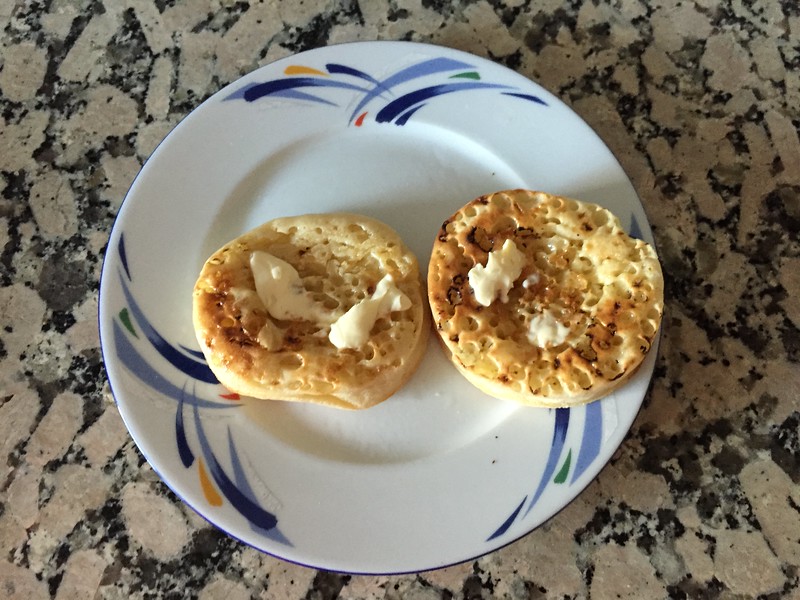 English crumpets – they get a nice light brown crust after being toasted. 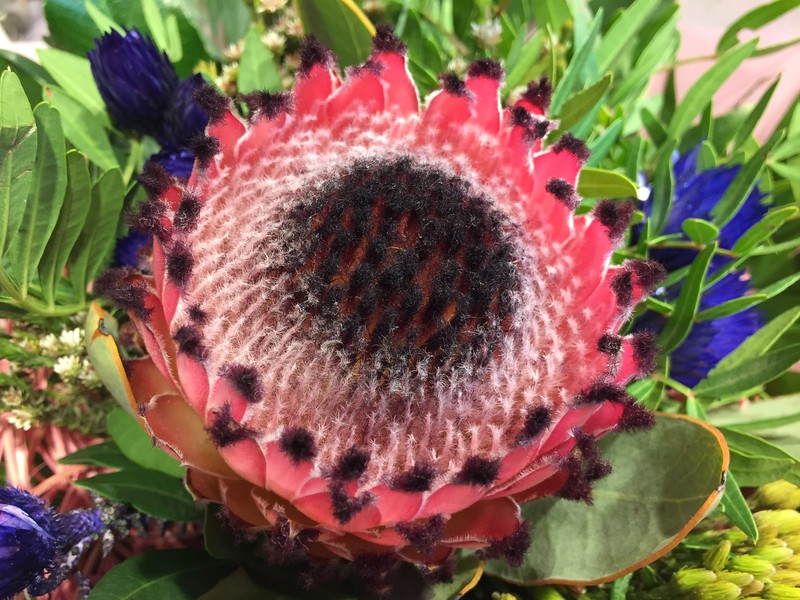 And another protea, or son of triffid. I love these flowers. 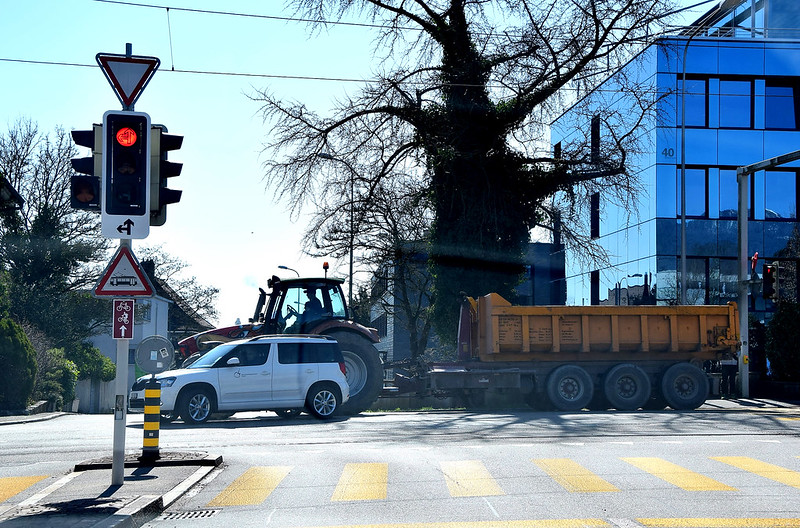 This afternoon I went for a haul in my wheelchair. The weather was almost more than Spring, the sun was shining and there was only a blue sky. I took the path to the cemetery and then onto the ducks chickens and horses, the usual run.

I decided why rush, beautiful weather make the most of it, so I turned to the path leading to the castle. There were few people, but then I saw her approaching: a lady in a wheelchair. It was the first time that I had a meeting with a fellow wheelchair rider. I was going up and she was going down. Of course when we met in our little village we stopped and spoke with each other, and discovered we had been neighbours since I lived in the village, about 20 years, she living in the top part of the village, and me at the bottom. We both have the same problems and the first discussion was to compare wheelchairs. They are both electric and the steering is the same, but hers has 5 gears, mine only three, although I have never been faster than the second gear.

We decided to wheel on together and had a little race on the path side by side: fun. She noticed that I have lights on my wheelchair for showing directions and a mirror. I must admit I have never used my rear view mirror, although I should I know.

Due to my long haul this afternoon, I am a little late with everything. I would add that my daily prompts might become fewer during the summer, especially when I make the most of the weather and go for wheelies with my camera. 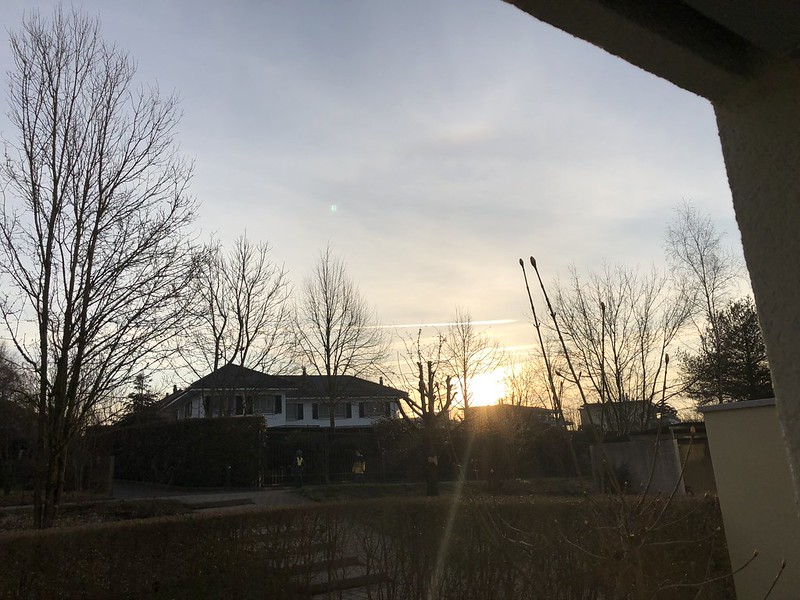 Rising in the morning is never easy, but raising the blinds gives you the first opportunity to discover what the day is holding for you. I almost had to put on my dark glasses when I saw this sunrise in front of my bedroom window.  Expressions of “wow” came to me, but as I was still semi sleep walking I did not bother. After enquiries with Mr. Swiss it seems today should remain a “wow” day until the evening when some rain will arrive.

In the news I saw something interesting. It seems that the world of robots has now made progress. I saw films of metallic creatures resembling humans, or four legged fantasy shapes. They were made of metal and were walking with absolutely no problem. The humanoid shape could even turn somersaults and all sorts of tricks.  We were constantly reminded in the commentary that these objects could not think, they were not humanoid, but just machines. They seem to be produced everywhere and were compared with science fiction.

The latest development is to use robots to fight our wars. Who needs soldiers when you can equip a machine with weapons and press the button at the right time to kill the enemy. This is a natural development of warfare it seems, and the Russians have already developed their first robotic tank. We are used to our world leaders telling us that they have the biggest bomb and most powerful weapons, but war has not been officially declared. Who needs a war, just press the right button and your robot will do it all for you. No-one has to get their hands dirty. We are approaching Star War situations, Star Trek is a fairy story in comparison. The reporter on the TV repeated constantly that we  had now achieved science fiction reality. We used to be worried about exra terrestrials, the ET lookalikes, landing and taking over the world and now we can do it all ourself. 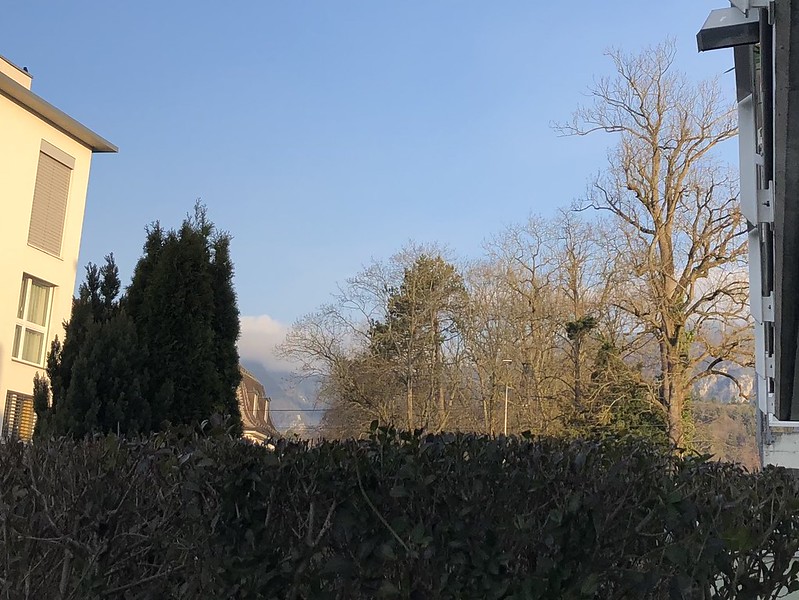 So back to the sunrise, as long as we have one. It looked quite good this morning. I am making the most of it as long as I can.

Today is week-end shopping and I will be joining Mr. Swiss on his quest for food. I am now rediscovering life. At the end of January I broke my leg, during February and March I was confined to home, but progressed from hobbling around to a walk with my walker and now at home managed quite well with a walking stick for support. I have now progressed to indepedently taking a shower in the morning, so it can only get better. Physically I am now doing well. I must admit that I did have my mental depressions now and again, not being able to do this and that, but I gradually see the light at the end of the tunnel. I realised to you have to look forward and search daily for something you can do today that yesterday was not possible. It really helps.

I added a wheelchair to my support system last year because of my MS and this helped a lot as I could at least enjoy getting around. We now have a cleaning lady which is also a great improvement. I manage what I can, but bathrooms and showers, together with a kitchen, need a little more care and she is doing a perfect job.

So now to continue, there are things to do and places to go like a supermarket. See you around and take care. I even saw the moon this morning. 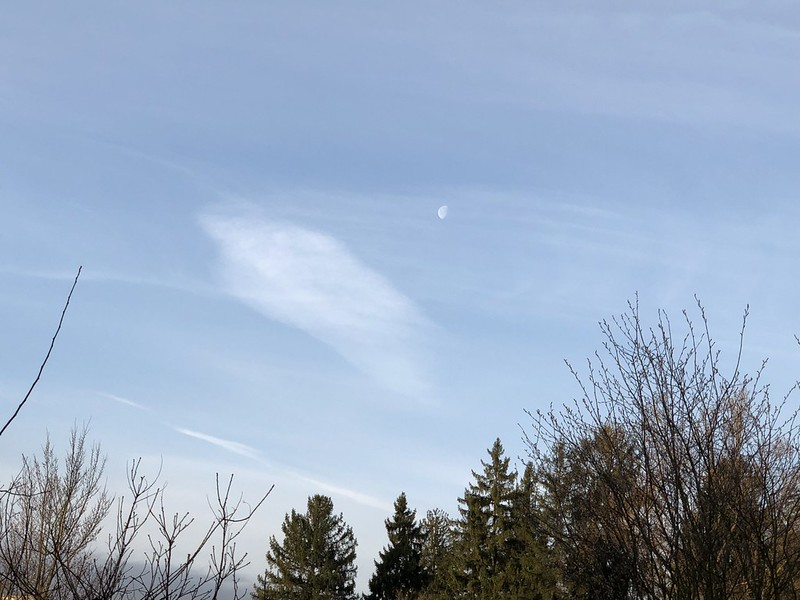