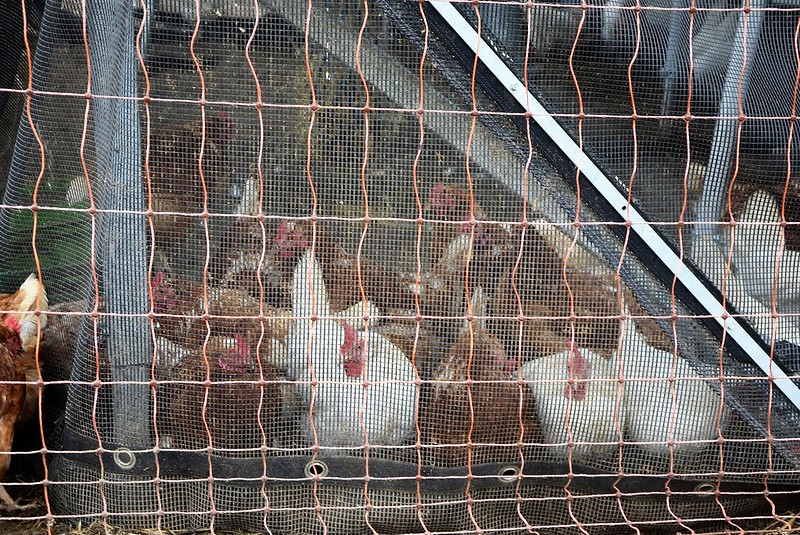 Today I discovered that the life of a chicken is a short and energetic life. The local chickens are divided in two hen coops. One is permanent,  the luxury suite, where the rooster roosts. The second coop is for the workers, those that produce eggs until the purpose in their chicken life is fulfilled. On this photo you can see the workers, looking out through the fencing. They are not fenced in, but can go for a peck outside now and again as long as they leave their eggs behind.

I was on my way today, with my power wheelchair, and as I approached this coop I heard nothing. There were no clucks, it was silent The chickens had flown the coop it seemed, there was not a chicken to be seen, not a single feather was floating in the air. It was empty, clean and outside tthe run was just plain earth. I was ready for another photographic session of the birds, perhaps a family photo with an egg or two, it was chicken-less. I wheeled on and discovered the luxury suite was still occupied, and the rooster was on patrol outside. It was then that a thought occurred to me. Was it time for the egg producers to go, because they were no longer producing eggs? Only the egg hatchers remain to care for their growing family and the rooster would be a happy father.

I have a friend with a farm and we were talking chickens once. She said she was expecting a new delivery of chickens. She has an arrangement with the chicken suppliers. When the chickens are no longer laying as much as they should, they are exchanged for the some new fresh layers. The rooster is happy, and the sales of eggs continue.

I am sure that the empty chicken coup will be refilled with innocent unsuspecting chickens, all ready to enter the egg laying competition and explore their new territory. They might hear the ghostly clucks of the departed chickens when they are settling in their new lodgings, the ones that are now laying their eggs in the sky. What a life. All I can say is think twice before you enjoy the next roasted chicken you eat. 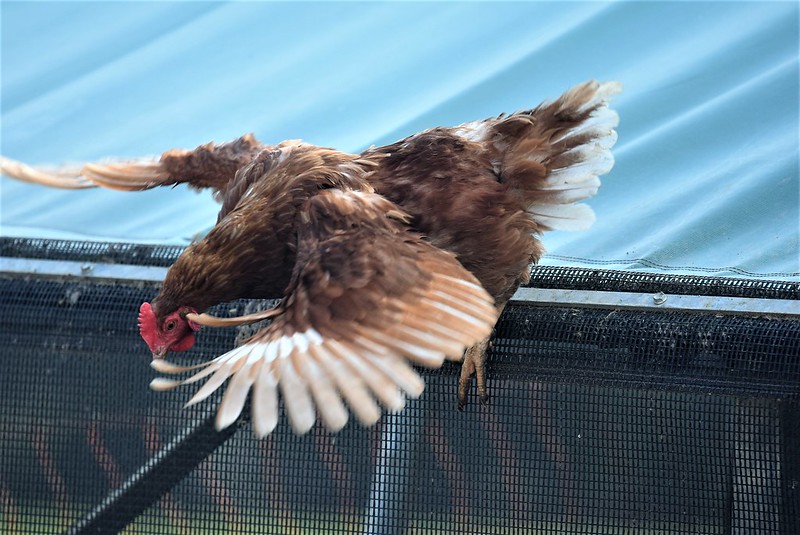 Although I suddenly heard the flutter of wings as a chicken arrived in the luxury suite. All the other chickens clapped with their wings and congratulated her on her great  escape. The only survivor to tell the tale.