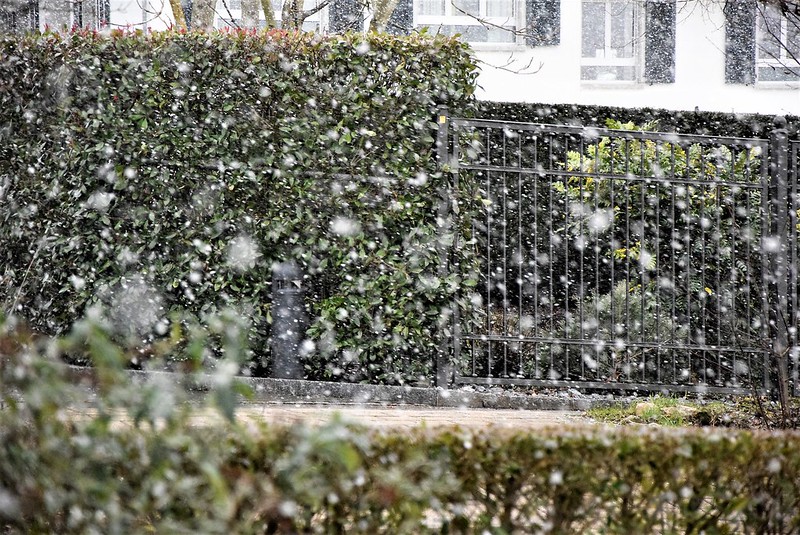 Yesterday in the middle of the afternoon we had snow. Nothing worth headlines but after the winds and a bit of sun it made a change. It was only half an hour perhaps disappearing again afterwards. This morning there was snow laying on the ground and it is snowing at the moment. Yesterday we had storm Evi which has now changed into another new storm called Frederica, just as powerful  but with snow. It is not a big snow deal as there is a strong wind blowing and it does not really get a good chance to settle. The result is that I am again house bound today. There is no shopping to do and no chance of going for a wheelie in my chair as I would probably get blown off the paths. 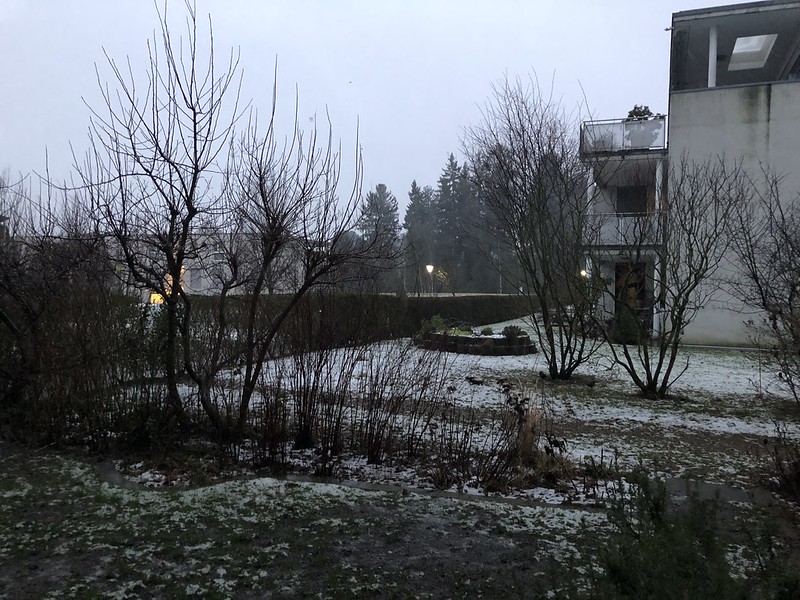 In the meanwhile Trump is planning his occupation of Switzerland for a few days. He is attending the WEF (World Economic Forum) in Davos, Switzerland. Three Black Knight helicopters are already sitting in the airpot in Dubendorf waiting to be used. They were flown in from one of the American airforcd basis in Germany to Switzerland. The idea is probably that when the Trump gang arrive at Zürich Airport, they will be picked up by the helicopters and brought to Davos.

The airport in Dubendorf used to be a military airport for Switzerland, but has now been relegated to a place where you can have open air pop concerts. My No. 1 son attended one once. Now we are being taken over by the “yanks” (pardon the expression). The Swiss are also bracing and preparing themselves for a few demonstrations in Davos showing their dislike of Trump. Looks like it will be an exciting time in little old Switzerland in the next couple of weeks. It seems that Trump is planning to hold a speech at the WEF, I read somewhere that the whole thing is costing America a few million dollars with the organistation of shifting Trump to Switzerland. Who knows, perhaps he is planning on requesting political asylum in Switzerland: one refugee more makes no big difference. 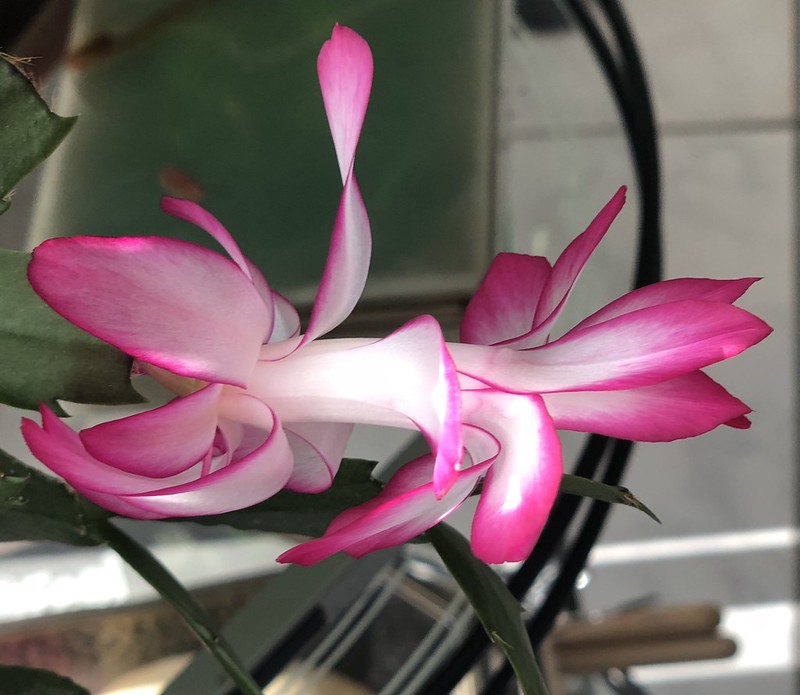 In the meanwhile yet another success in the Angloswiss plant world. I bought this schlumbergera, Chrismas cactus, last year and it is flowering again. No big deal, just 4 flowers at the moment, but there might be more. I must say again this camera on the iPhone X is really good. I am discovereing new gimmicks all the time. After choosing the style of photo (portrait mode is excellent with its different styles). you even get depth of focus. I can make adjustments to the conrast and light and even crop on the phone before uploading into my Flickr programme. It is very good for the quick shots for an immediate upload via Flickr.

Today is a day of window cleaning, just about 45 minutes, although I am not so sure if it is worth while letting in the cold winds through the appartment. Perhaps I will do something more constructive, like reading or playing with my computer. 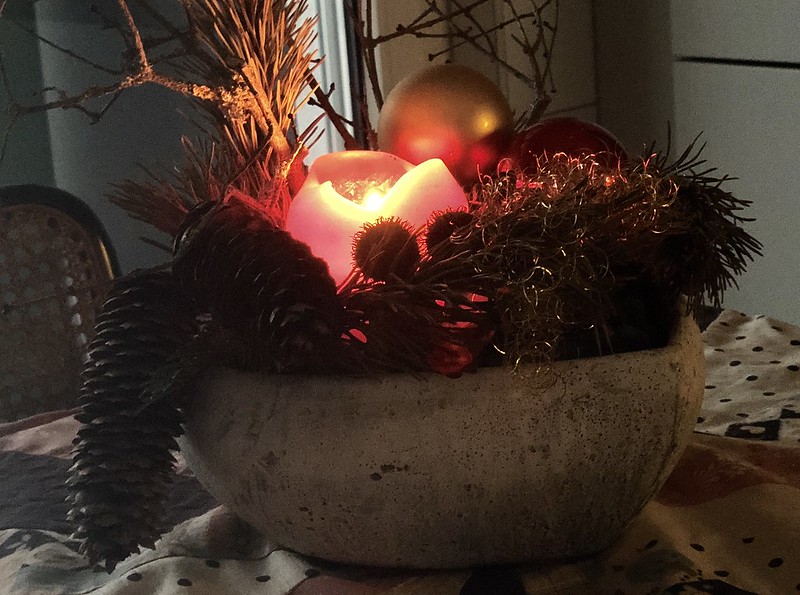 I will leave you with a view from my computer on the kitchen table. I received this arrangement from my lovely daughter-in-law and it burns brightly every morning to accompany my breakfast. Enjoy the day or night, and see you around.