Today it arrived by post. The parcel had crossed the big pond from the United States of America to Switzerland and arrived safely. It was carefully packed in a polstered bag to prevent any injury and I was delighted to receive it. My American cousin, who has the same birth names as I have, sent it. We met somewhere one day on a social sight, and birds of a name feather flock together.

She was doing a stock check of her Pussy hats, in memory of some wonderful marches and noticed she had some to spare. I mentioned that Trump will be visiting Switzerland and it would be ideal, although I will not be demonstrating, just watching the developments. There will be demonstrations in Davos when he attends the WEF Conference (World Economic forum) and perhaps there will be many Pussy hat clad women there. I know that I now have my Pussy hat. She spontaneiously said she would pop a hat in the post and today it arrived.

At the moment we are all homebound due to the three storms that arrived over the last week. It began with Eleanor, was followed by Evi and now we have Frederika. They are all ladies, perhaps they also have knitted hats like this one. This newest storm has topped them all and Germany have closed down their railway system. Roads are blocked in Switzerland and there is a cold wind blowing.

However, I can now spite the winds, because I am protected. I have my Pussy hat. It is even a secret weapon against being invaded by unwanted political visitors. Hold on, here is the shock. 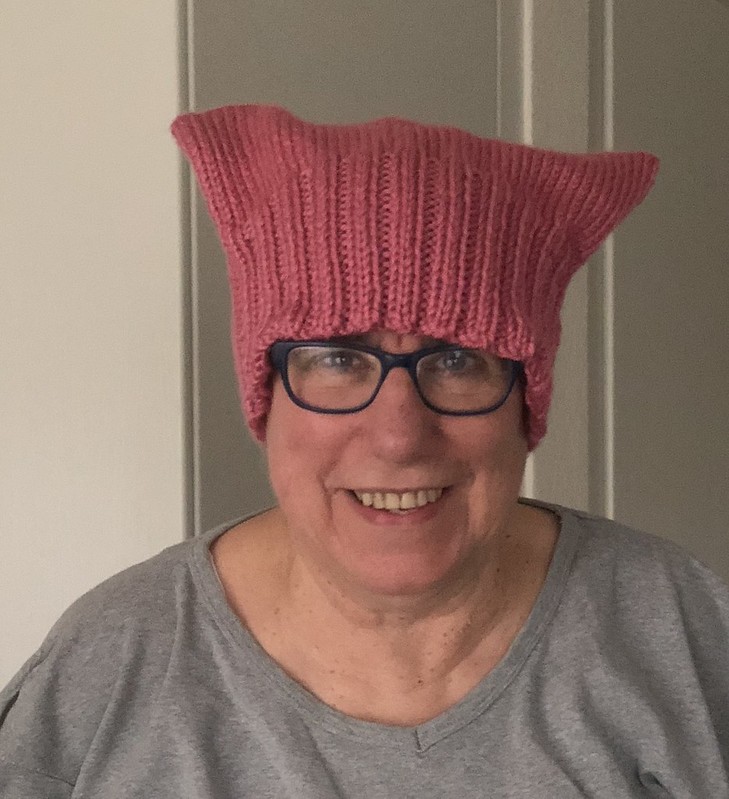 I tried to do a selfie, but could not capture the ears properly. Mr. Swiss obliged and now I have the perfect photo. Donald Trump are you watching, then beware. I am armed.

Daily Prompt: Shock of the Day

27 thoughts on “Daily Prompt: Shock of the Day”