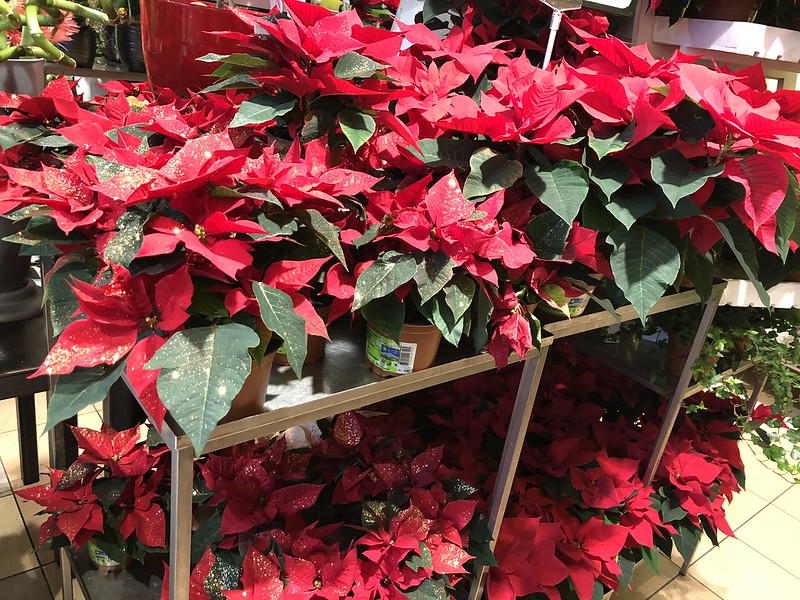 I was in the store today and had to take a photo of these poinsettias. I though I would join Cee as a day of the poinsettias – it is really only once a year that we see so many. 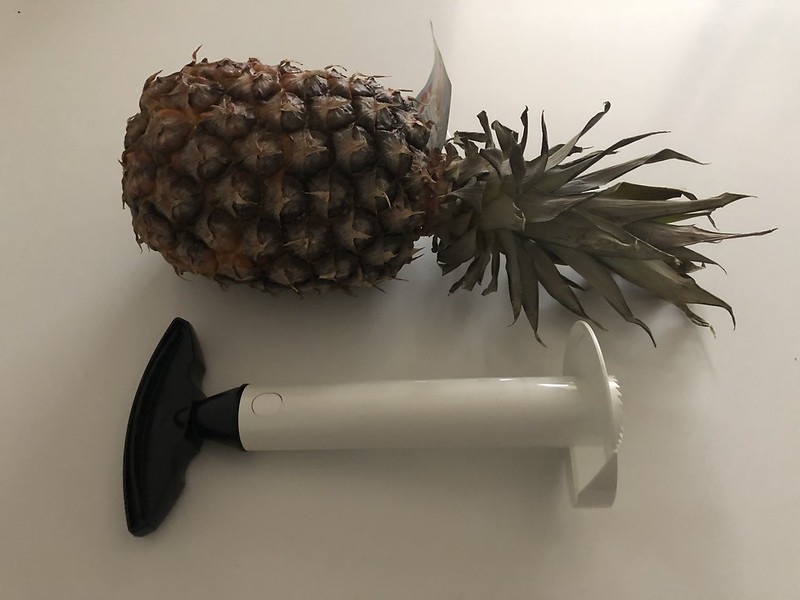 Some say it is Christmas, others like me say the stress is again upon us. I do not have anything against people that like to wallow in Christmas, spending happy hours shopping for Christmas gifts and afterwards forming a piece of art work when they wrap them, adding more garbage to the turkey bones and whatever is left at Christmas. Some people have a Christmas tree and decorate it with candles and ornaments and others like me have nothing. Nothing is a fantastic stressless way of spending Christmas, it does not cost so much and everyone is happy.

And now to my photo. Even if I do nothing for the Christmas stress, I still have to cook. The cooking orgy begins on Christmas Eve and makes its journey through Christmas Day and Boxing Day. Unfortunately the normal ham and eggs or fish and chips is not wanted. It has to be something special, something good, something that causes panic and stress in the kitchen. I still do that part of it, because I have to feed the others, but as the others are only Mr. Swiss and No. 1 son and my cat Tabby, there is no longer the feeding of the five thousand when my mum and dad, mother-in-law and all four kids (includig two step-kids) attended the feast, so what could be better.

Last year I had a freezer full of berries and ice cream for a dessert which I never made. There was also a can of whipped cream ready and waiting. We were so full of filet of beef and roast potatoes with the customary brussel sprouts and carrots that no one was hungry afterwards. No. 1 son does not eat green vegetable, so he gets the carrots. The dessert was still in the freezer in June, but I think some time afterwards we disposed of it.

This year someone said we will not bother. However our local supermarket had a special offer on tropical fruit like papaya, kiwi and strange objects that I had never seen before with names I could not pronounce. I let Mr. Swiss out on his own one day and he came home with a pineapple, a  big one. I do not mind a pineapple, but it needs preparation. I did not ask difficult questions, just smiled and said “good”. I timidly asked if we still have the pineapple slicer as somehow I had a memory of this slicer breaking into two pieces the last time I used it. After half an hour of searching in various places in the kitchen, by Mr. Swiss, we came to the conclusion that the slicer died and was buried in the garbage.

This morning I had a pineapple slicer on my list. Our shopping list today was quite extensive as it had to cover from today until 27th December. We both have the list on our iPhones (cloud) but Mr. Swiss has back problems so I told him to take seat on a bench and I would do the necessary. I don’t actually mind. I also need the trolley for support and am slow in walking, but I really enjoy the shopping on my own, I have it in the blood. Afterwards Mr. Swiss met me at the cash desk and he packed the goods away whilst I paid. He told me that I had done a really good job (of course) and as I removed the items from the cloud list that were chosen, he followed my steps on the way.  He added I was much quicker that he is at shopping (part of my housewife intelligence system).

So now we have dessert, pineapple and whipped cream. I have problems eating ice cream due to a lactose allergy and Mr. Swiss is not so keen. When I took this photo before writing this piece of literature Mr. Swiss asked if I was going to prepare the pineapple today. Some time between Sunday and Tuesday it will be done, I am still thinking about it. 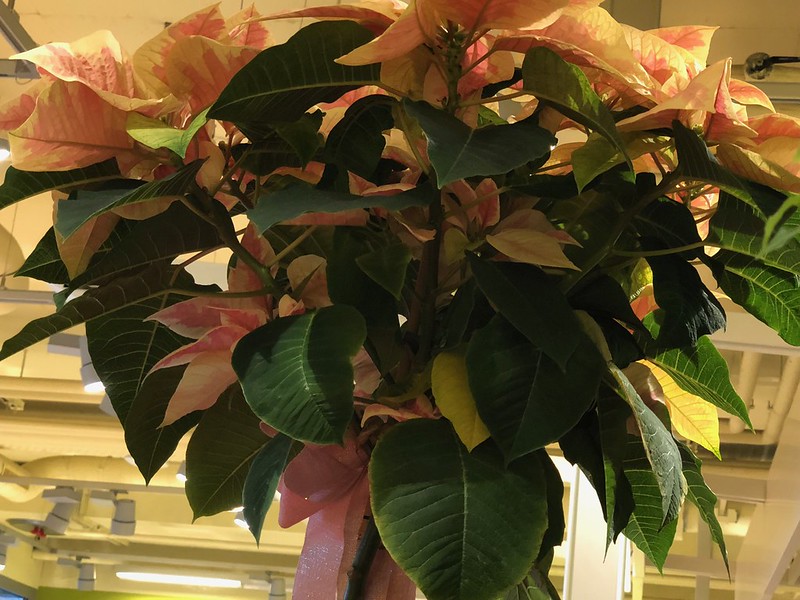 Our local supermarket had this poinsettia as show piece in their floristic department so I just had to take a photo, although it was so high up I had to stand on my toes and I am tall.

Anyhow, long good morning kept short, this is really just a quick one as this morning I am off to battle my was in the supermarket earlier as we have to be back at home to get Mr. Swiss off to the hospital for his second and final (I hope) back injection. The first one worked and the second should do the job, I hope.

I might/will be back later. There is only time for a shower and departure at the moment. The remainder of my housewife hobbies will have to wait until I return. See you later if I survive the battle of Christmas food shopping.