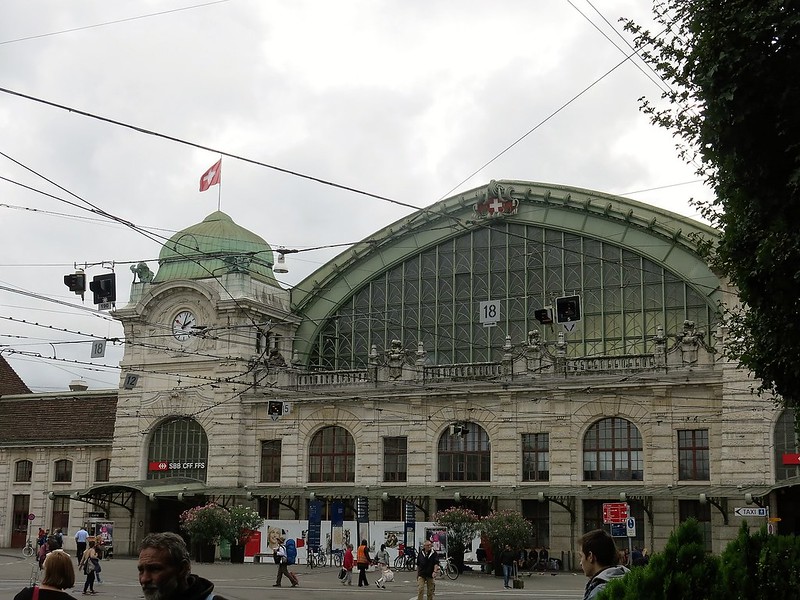 Relocating does not only mean moving to a differet place: a new home, new surroundings. There is a lot more to it, especially if you relocate to a different country. When I boarded the train at Victoria Station in London in 1966, it was a exactly 51 years ago to the day, 5th December. How do it know that? By some strange reason I had booked my journey a day before my 20th birthday and arrived at my destination in Switzreland on 6th December.

It was a night train, the longest I had ever travelled by railway A train that arrived at Folkestone with a connection to the channel ferry arriving at Calais. It was all so well organised, because the train in Calais took me further to my destination via France: Basel, Switzereland.

Arriving in Basel, after an uncomfortabe night on the train, was the anticlimax to the journey. There was no-one to meet me at the station in a country that was foreign in all aspects. The station had a few isolated people walking around and Switzerland did not say “Welcome Mrs. Angloswiss”, the opposite was the case. I was standing on an empty windy platform. I must really have been in a hurry to leave England, one of  the mistakes of youth. You cannot wait to go, to go somewhere and start a new life. England was not the solution to your future, you were convinced. But was Switzerland the big opportunity? I had a job, had a work permit in my bag, and only needed to arrive in Zürich where I would be met at the station.

There were no smooth runnings at 5.30 a.m. in Basel for me. I had one small obstacle to cross. The Swiss are not waiting for you, and you must prove that you are in a fit condition to be allowed to stay in Switzerland. I was not fleeing, but of my own free choice. My next appointment was with the Health Police at 8.00 a.m. when the rooms were open and the doctor and medical staff were ready to prove the state of your health. I spent the next hour in the restaurant at the station. I lost count of the coffee I drank and the numerous croissants I ate until I left the station, crossed the road and reported for my examination. There must have been at least 50-100 young people waiting to get their clean bill of Swiss health and we came from everywhere.

No-one was friendly, and no-one really bothered to speak english with you, it was only commands. “Undress”, “stand there” and an x-ray of your chest was made – no TB allowed to be brought to Switzerland.  “Sit down”, “give a finger”, “ouch”, and blood was taken. “OK, you can go”, “But my passport?” “You get that back, report in 2 hours when we have the results”.

I did not bother to ask where to go in the hours until 10.00 am., as it was probably nobody’s business but my own. I visited yet another café and roamed the streets of a Basel unknown to me: streets that had remains of snow looking as grey and worn down as I was.

I reported at 10.00 a.m. to the medical examination center and waited for my result. My passport was returned and I realised it was time to go. There was a dramatic scene with an American girl. They had found something on her lung and she was crying, no entry for TB. However, she was told she could go, but must report to a doctor for a further examination. I left and do not know the outcome.

I returned to the railway station in Basel and caught the next connection to Zürich. I was met at Zürich station and taken to my new home in Zürich. I stayed for two years and moved on to Solothurn for a new job in Switzerland. I met Mr. Swiss, we married, and two kids later and a grandson I am still here after 50 years.

I had relocated my life, my language, my identity and even my nationality. What could possibly go wrong.

11 thoughts on “Daily Prompt: Going Away”