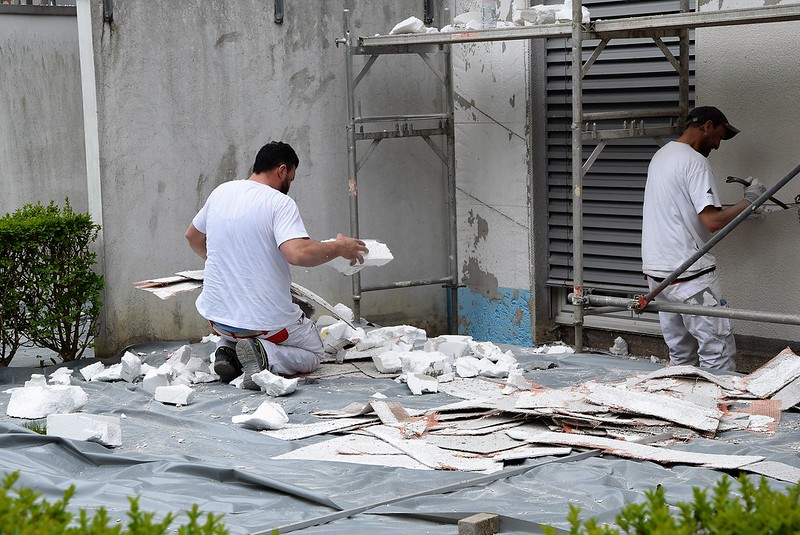 You want snippets, you can have them. Some were large snippets, others like snow flakes tumbling down and usually magnetically attracted to the windows if the blinds were up. The blinds were often closed because we were warned that our windows would be affected.

I was affected, Mr. Swiss was affected, our cat was affected. For almost 8 months we were under siege from a team of buiders, dedicated to improve our life style. They stripped our walls, transforming the original insulating material into snippets of rubbish. It was laying everywhere, the styrofoam of life. It was magnetic, but not attracted to metal, attracted to everything else. Our cat Tabby had a new coat of fur, with a fashionable pattern of white dots. 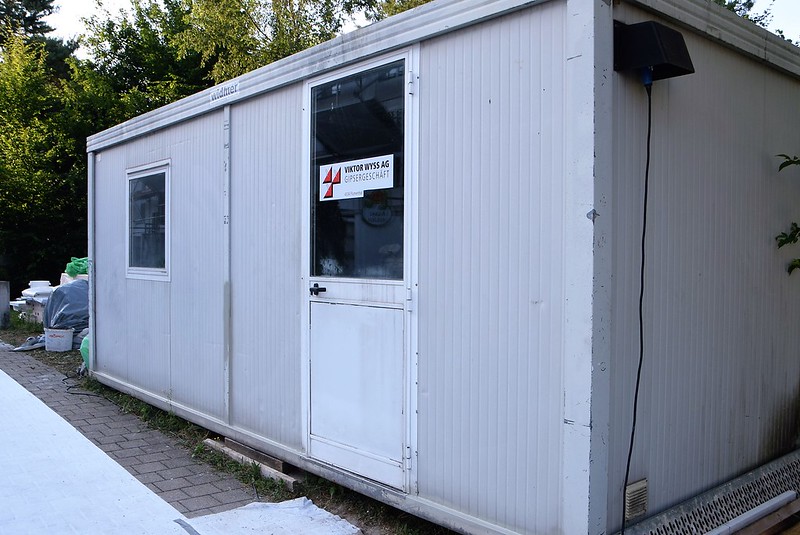 Was it all worth it? Now eight months later when the builders have disappeared, the gardiners have removed their machines and the big hut where they met for the coffee breaks, ate their sandwiches and discussed the further tortures of the inhabitants has also disappeared. This week, eight months later, it was hoisted onto a truck and is now on its way to annoy others. Of course, we got used to it. We got used to having a scaffolding in the front and back yard. We got used to the screeching of pneumatic chisels as they removed the snippets of plaster from our walls, only to be replaced with a new layer of styrofoam.

We greeted the workmen in the morning and said goodbye in the evening. It was a new life, but where was the summer. The days of sitting outside on the porch having lunch and enjoying the warmer weather. You could even lower the sunblind if it was too hot, but we no longer had a sun blind. We no longer had a table outside for lunch, it had been removed to the cellar and will remain there until next spring.

It is now finished. I said to Mr. Swiss this week “was it worth it”. We were in complete agreement, no it was not worth it. It was not worth losing a complete summer when you are golden oldies. You do not know how many summers you have left.  We were under observation, we could no longer  relax in our own home in the morning. Be sure to wear something respectable when eating breakfast in the kitchen, there might be a worker outside and there usually was.

It was a summer of our life, that never was. It disappeared behind a wall of noise, dust and dirt. And now, after taking 1,100 photos of the work progress, I am only left with the memories in my online photo album. One day, in the future years to come when I am no longer here, it might be decided to remove the building to make room for something better. I see it happening everywhere around me. We love our village, love the surroundings and even love our home, but a summer long we despaired if we would ever love it again. 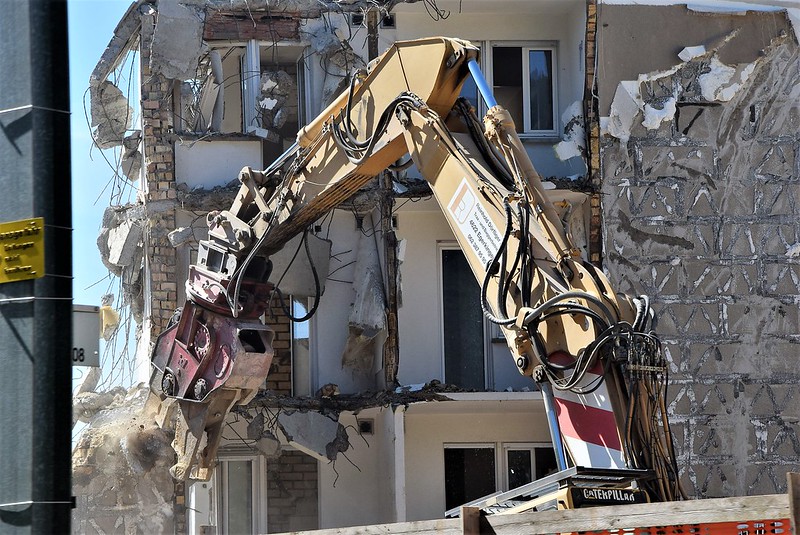 It happens quicker than you think. Mr. Swiss once lived in this building in the fifties and today a new block of appartments has already reached the second floor on the building site.

Daily Prompt: The Summer that never was

7 thoughts on “Daily Prompt: The Summer that never was”