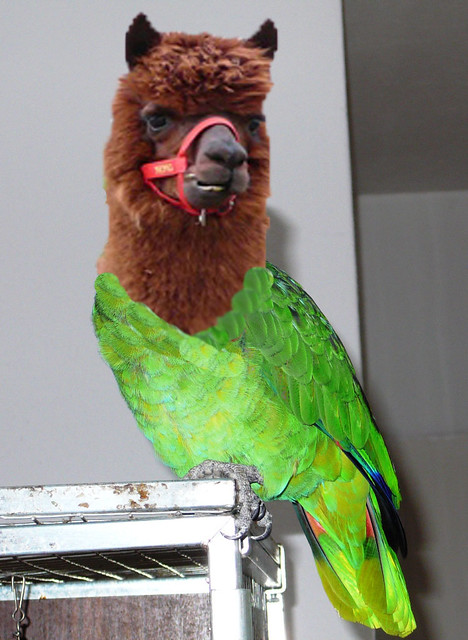 There was a time, many moons ago, when I belonged to a blogging group called Multiply which no longer exists. We had a professional photographer and I belonged to his group. He would encourage us to experiment. Photoshop was on my computer, but one of the original versions, nothing ultra special, and I produced this combination of an alpaca and an Amazon parrot. I don’t think it ever flew, only on my computer screen. 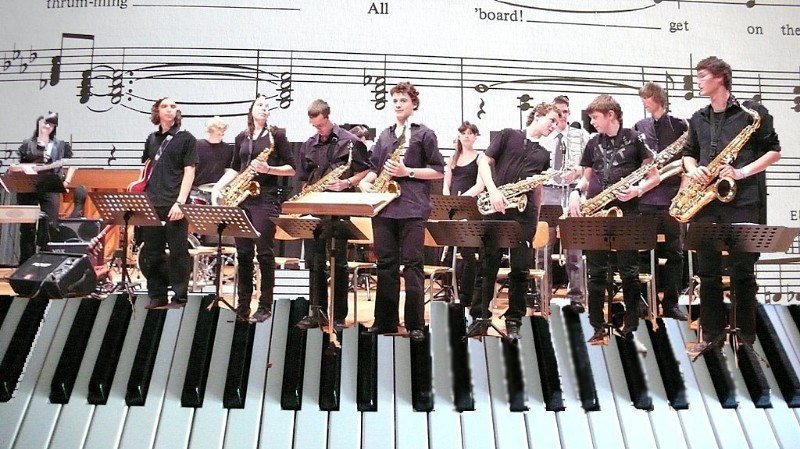 Our local high school gave a concert with their band and I took a few photos. Another victim of my photoshop games. I planted the band on the piano keyboard of my son’s electric piano and gave them some music notes as a background. Just some fun photography. 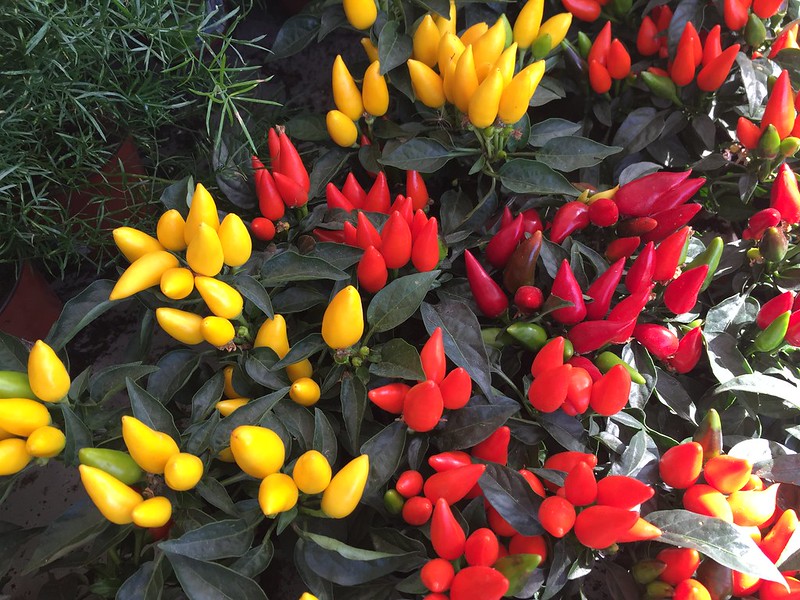 Not really flowers, but the results of flowers: the tiny relations of the peppers that we eat, but usually sold as a decorative plant to have in the living room. 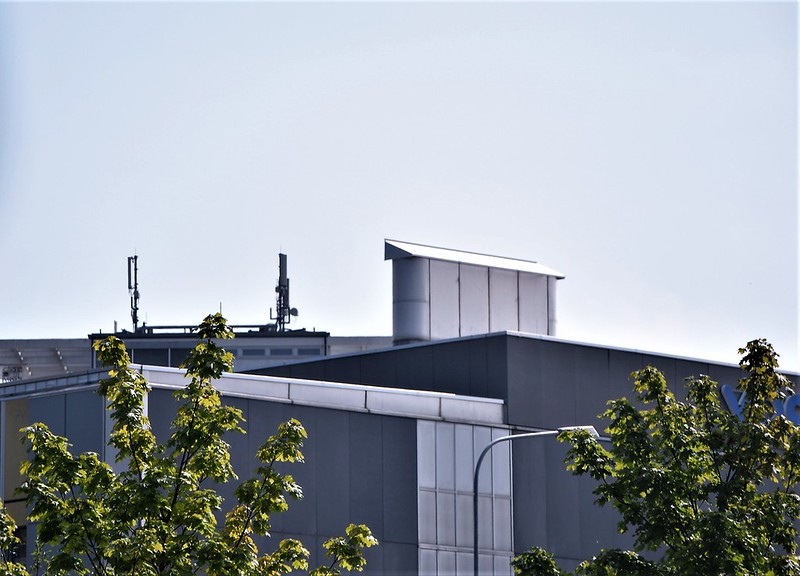 It honks on our roof tops, at least the high rooftops. Placed in strategic positions there are strange objects. It is part of our Swiss civil defence: a warning system. At appointed days during the year, at least twice, there is a horn outbreak. Not everyone doing their own thing, that would be pointless. If you are going to have an exercise, then everyone together.

We are warned by radio, even the television that the Swiss will be having an alarm exercise. The time generally appointed is after lunch, when you are settling down to a midday sleep. Just as you begin to hug your bed and get comfortable, the first rise in the sound level begins. It is not a simple honk, that would be too easy. It is a rise and fall, a siren. It echoes from the hills and dales, in the towns and even the villages. Every manufacturing plant has one, and even schools. In our little village, inhabitants approximately 1,000, not counting the cows and sheep, or cats and dogs we also have our warning siren or perhaps even two.

The whole exercise is to discover if the sirens are still working. There can be nothing worse than an attack from a foreign country and you are not prepared. And so the noise begins, an up and down of the musical scale, for at least five minutes. Perhaps even longer. It seems like an hour, but then I am exaggerating of course. You must always be prepared, but it is only an exercise.

If it would be the real thing then we all have our appointed places where we should take refuge. There are special reinforced rooms in cellars of large buildings for the safety of the population, and everyone should know where to go. Somehow, since moving into my little village 20 years ago, I never found out where to go, but we have some sort of room in the cellar which has a very heavey iron door. People sometimes store furniture there, but that would most likely be my place of refuge. You are completely protected, although there might be a danger of suffocation if you do not have the strength to open the door afterwards.

When Mr. Swiss was young and lovely (no longer young but still lovely) he was exempted from his duty as a Swiss soldier due to health problems, but he was still eligible for the civil defence. He learned how to rescue victims from burning buildings (although the buildings were not actually burning, it was just an exercise) and he attended classes to know where the safer places were for the common people. We were then living in the town, so I asked him where our safe place was. He said, with pride, I would be in the large building opposite. He would not be with me, as his position would be in the headquarters of all civil defence people. I told him to forget it, if we go, we go together. Yes, we swiss are prepared – let them come, although we are still not so sure who they are.

But there will be honks and sirens and the cows will moo. I hope I can take my cat with me. 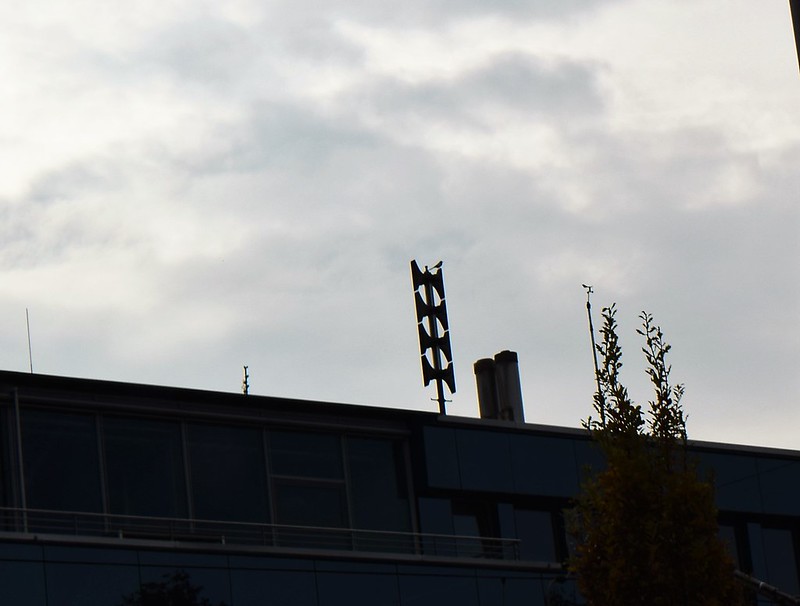 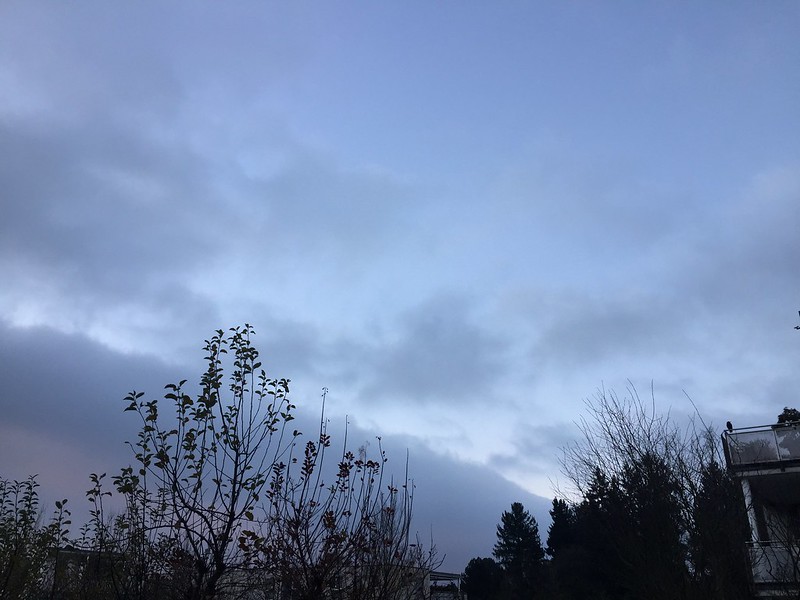 Morning has broken once again, and the clouds scuptures have returned – no sight of rain at the moment, but who knows. It was a busy morning up to now for me at least. Mr. Swiss had an appointment at 7.00 a.m. in the local hospital and so I was left on my Todd to deal with more stuff than usual. However everything under control, although I realised how much Mr. Swiss actually does when he is at home. I had laundry to fold and put away and all the blinds in the appartment to raise. Suddenly there was a key in the door and the wanderer returned already. We had planned on not going shopping this morning, thinking we would have too much stress, but now everything is back to normal, although I am later than usual. 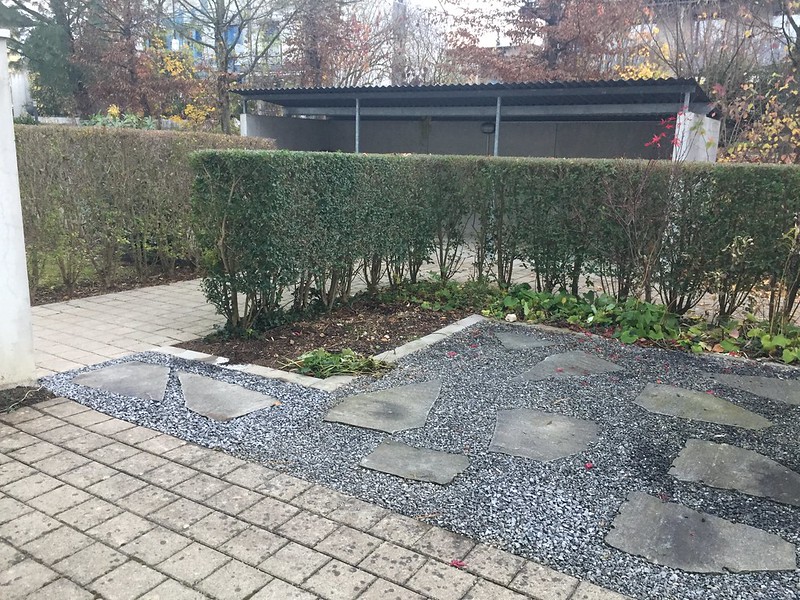 The gardeners finished the work in our front garden yesterday afternoon and did a very good job. The entrance is now perfect and matches the rest of the garden. I am glad of the larger entrance which will enable me to move more freely, especially when I get my wheelchair. 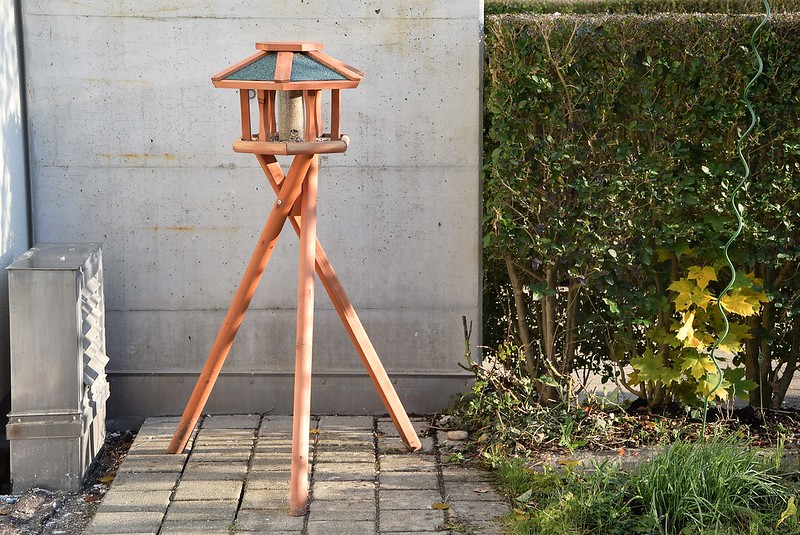 Our birdhouse is back in the back garden. I am not sure if it is an ideal place, as it might be too near to our windows for bird comfort. However, I checked this morning and the birds are pecking. They perch in my apple tree opposite and fly over for a bite now and again. I was busy chopping bread remains this morning for the crows and magpies, but had to wait for Mr. Swiss to put it into the opposite meadow for them. He said humans first, and made his coffee. The gardeners still have to renew this garden as they have not yet replaced the tiles on the edge where the scaffolding was standing, but it will all be finished in a week. Things are getting back to normal at last. It was a long 7 months since April when the building work began, and for us it is a summer that never was. 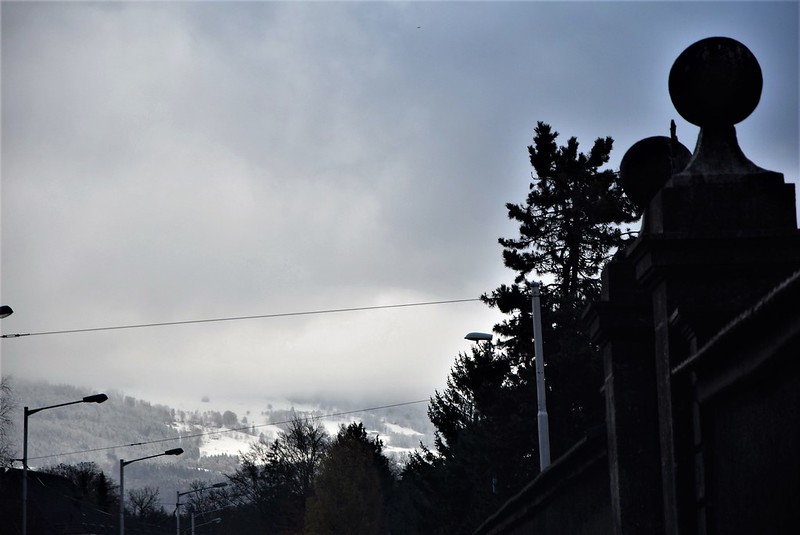 This morning we have 0°C temperatures and there was a thin layer of frost on the grass. It is not snowing on our level, but when we were driving home from the store on Monday I noticed that the snow was now laying on lower places and some local villages already have their first taste of Winter.

And now I am on my way to prepare for a morning excursion to the supermarket. Of course I am not late, golden oldies are never late, because they do not go anywhere or have places they have to be, except for the doctor and I am glad when I do not have to see my doc.

Have a good day, take it easy, and don’t do anything I wouldn’t do. I will leave you with a poinsettia from the local supermarket, as an aperitif of Chrismas. 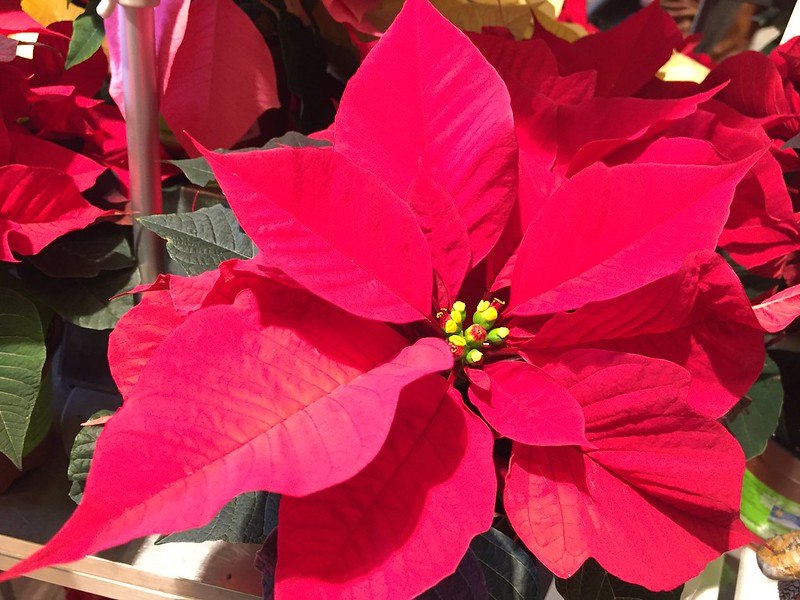