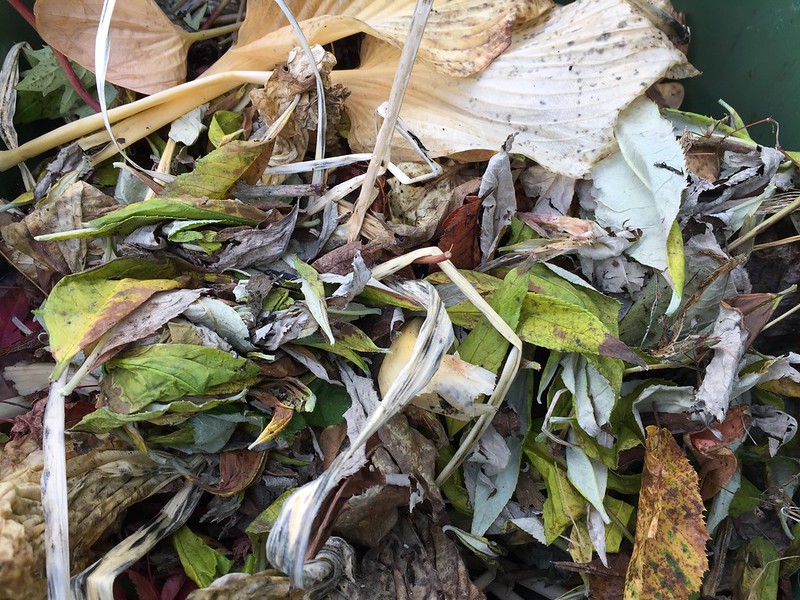 Not all the remains of Autumn are so wonderfully romantic and in brown and red tones, with green remains in between. The dead leaves in my garden resembled the survivors of a battle, the ones that were injured and eventually gave up. They wilted, were torn at the edges and had various strange marks from their fights with the wind and various insects. Eventually my No. 1 son collected them all. The main culprits were my hostas, the largest leaves of all which were reduced to a wilting mess. Luckily they gave up quite easily without a fight. Next Spring the new leaves will appear and survive a summer long until Autumn again arrives with its grim reaper.