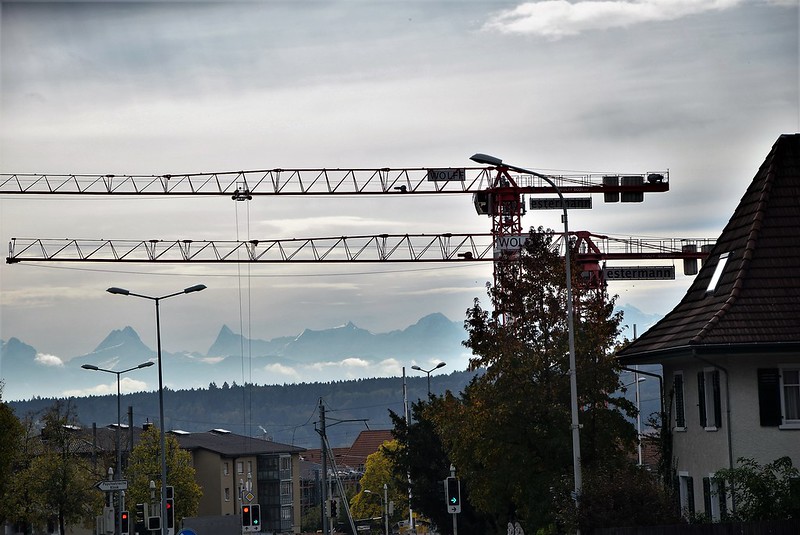 It all began with demolishing apparment houses to make room for something  bigger and better. In the 1950’s Mr. Swiss, my husband, actually lived in the blocks of appartments that no longer exists, with his mother. A jump forward in time and now the appartments are no longer there.

The cranes have moved in. First of all just one crane, but it has now been joined by a second crane. We pass the cranes three times in the week on the way to the village where we shop in the supermarket.

I am constantly taking photos of the cranes, something completely different. However on this day, somthing special happened. The Swiss Alps, Bernese Overland, showed themselves. The light was right and so I got a two(three) for the price of one: the Alps and two cranes.

8 thoughts on “Mundane Monday #130: Two Cranes and the Alps”